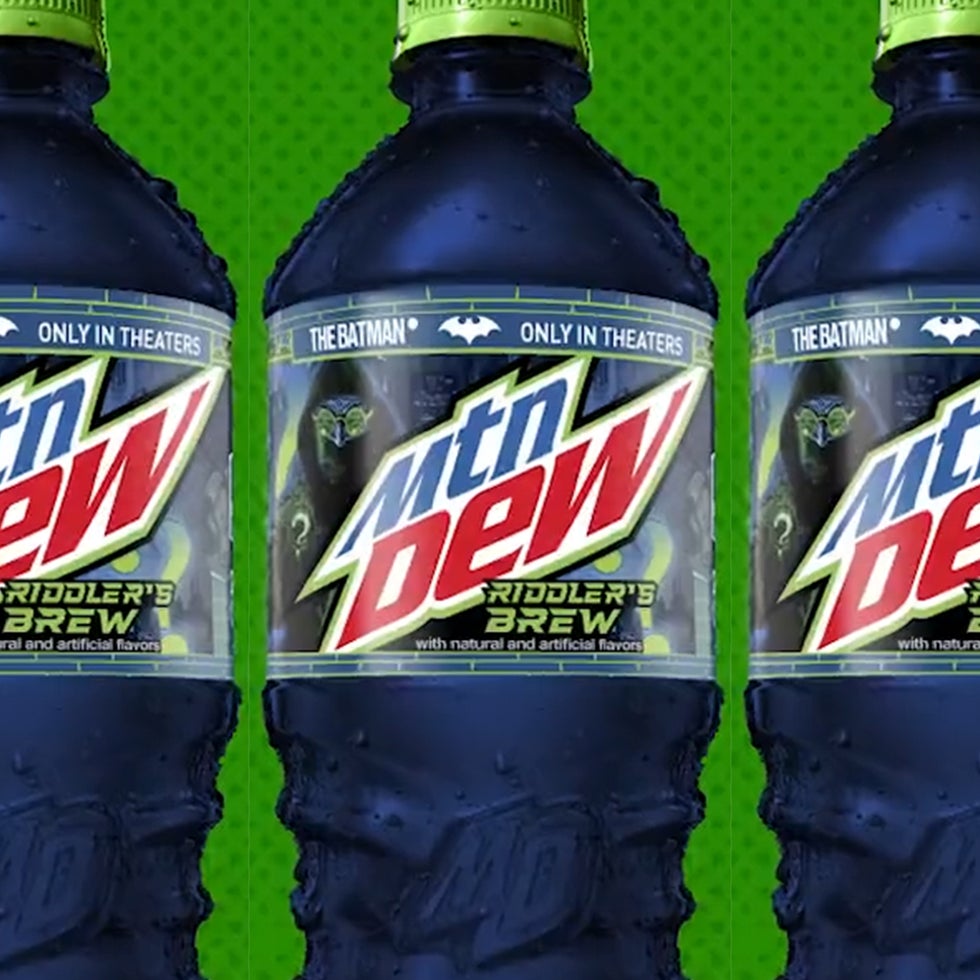 Did you wake up this morning thinking you were going to read about something called “Riddler’s Brew”? Well, if you are a long-time follower of the site, you may remember that back in 2012 before The Dark Knight Rises released, there was a massive promotional push between Mountain Dew and the film’s release in theaters. This included various promotions including specially marked cans of Mountain Dew, the NASCAR vehicle sponsored by Pepsi repainted with a paint scheme that promoted the release of the film and even unique Batman displays for convenience stores that held bottles of Mountain Dew.

Now, what does this all have to do with something called “Riddler’s Brew”? As it turns out, Pepsi has decided to place its chips on the success of the upcoming The Batman as Best Products has found a promotional image featuring a very unique flavor of Mountain Dew that has not ever appeared. While it is unknown exactly what flavor Mountain Dew this will be, it is a safe bet that it is the same special flavor that was released for The Dark Knight Rises called “Dark Berry” given that is the same color. That flavor was available for a short eight-week window around the month before and after the film released in theaters in 2012.

Interestingly, the label on the bottle also gives the first look at Riddler outsider of hints and flashes in the original trailer. Not a great shot in this low-resolution image, but you can make out his green goggles/mask along with a question mark present as well. 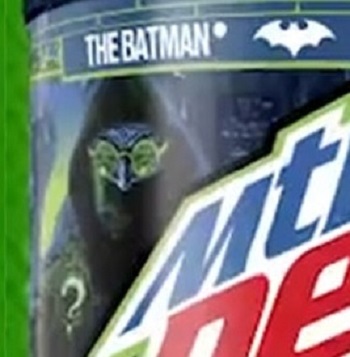 This flavor was probably originally planned to release with the original release date for the film of June 25, 2021, which is why this promotional material would already exist. Eventually, the film was pushed back to October 2021 to its current release date of March 4, 2022. These promotional tie-ins tend to be set regardless of the release date and this will most likely still release alongside the release of the film. If this leak does one thing, it gives hope for a promotion that included Dew Gotham City, a promotional website that also allowed points to be collected by drinking Mountain Dew products and cashing them in for exclusive merchandise. As one of those people who drank a lot of Mountain Dew for a number of exclusive items, let’s believe it can happen again for The Batman.