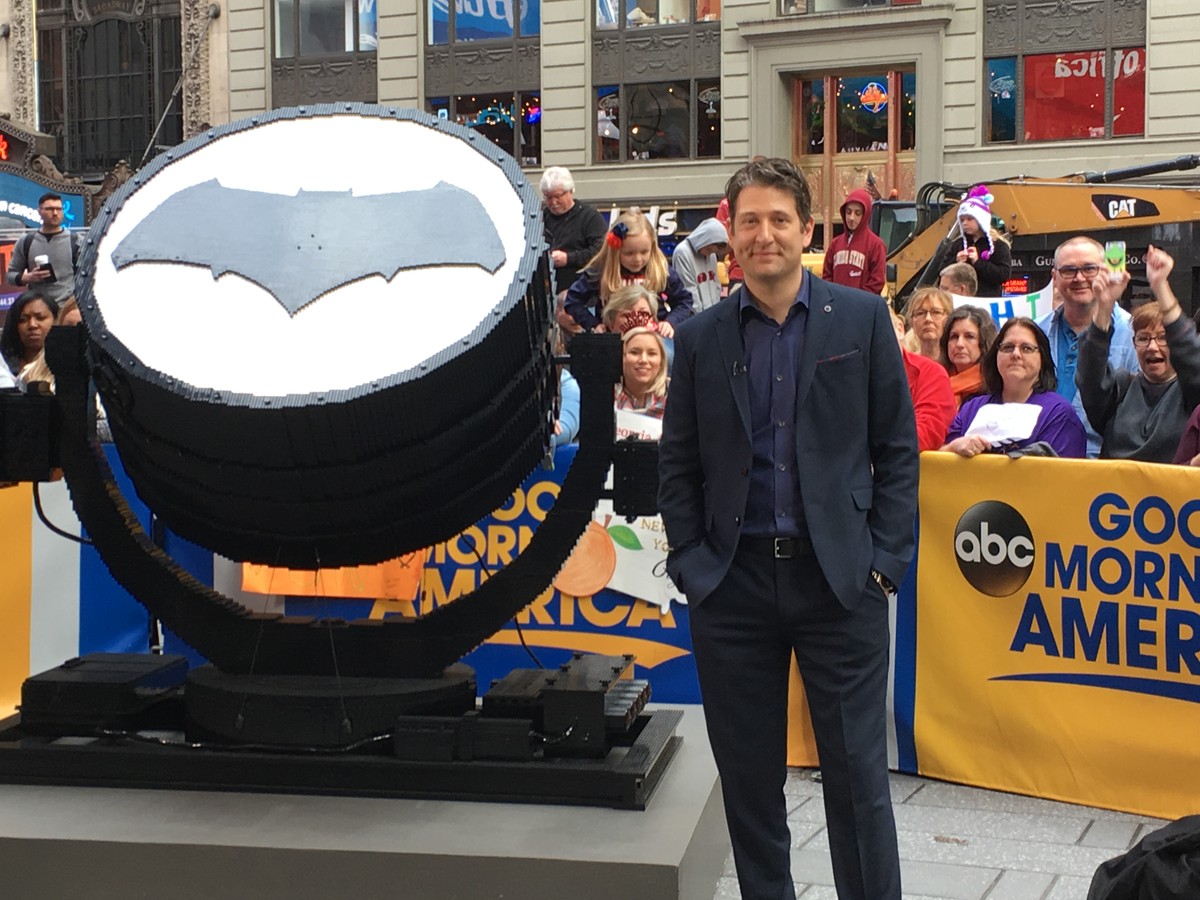 Do you have a spare 75,000 Lego pieces lying around? If so, you might want to build your very own life sized bat-signal.

That’s what contemporary artist Nathan Sawaya did, taking him and his team five weeks to build. The fully functioning Batman v Superman film replica was unveiled on Times Square for Good Morning America this morning and will be joining the Art of the Brick: DC Comics touring exhibition.

Before that, however, the seven foot structure will be touring the country, including at this year’s WonderCon in two weeks.

Five weeks may seem like a long time to build a Lego Bat-Signal, but hey, who wouldn’t go to a roof top in their city, turn it on and hope?