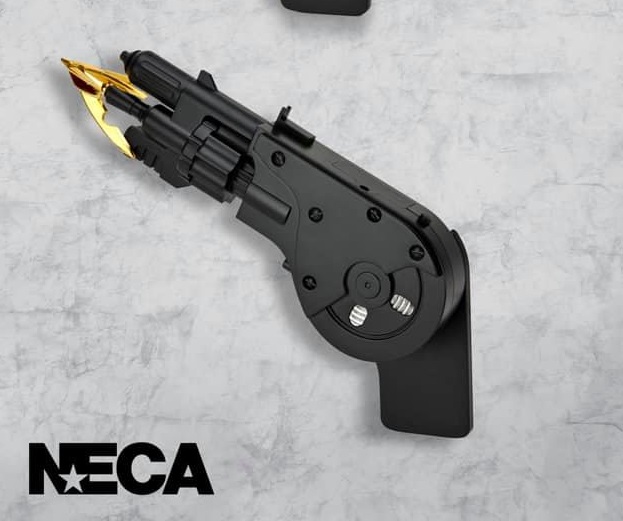 NECA has had some success recently with replicas based in the Batman Universe and now they are expanding their offerings with the Batman (1989) grapnel launcher replica. Earlier this year, they announced a grapnel launcher replica from Batman: The Animated Series that had fans clamoring. Now, their latest offering has the same gadget, just from the film universe. Just like the announcement for the one from Batman: The Animated Series, this reveal is only a sneak peek as very few details have been revealed. The life-size replica measures seven inches long and features a foldable handle and motorized spool to retract the hook after firing. There is no word on pricing or release date at this time, but once details or preorders go live for the NECA Batman (1989) grapnel launcher replica, we will be back to update.