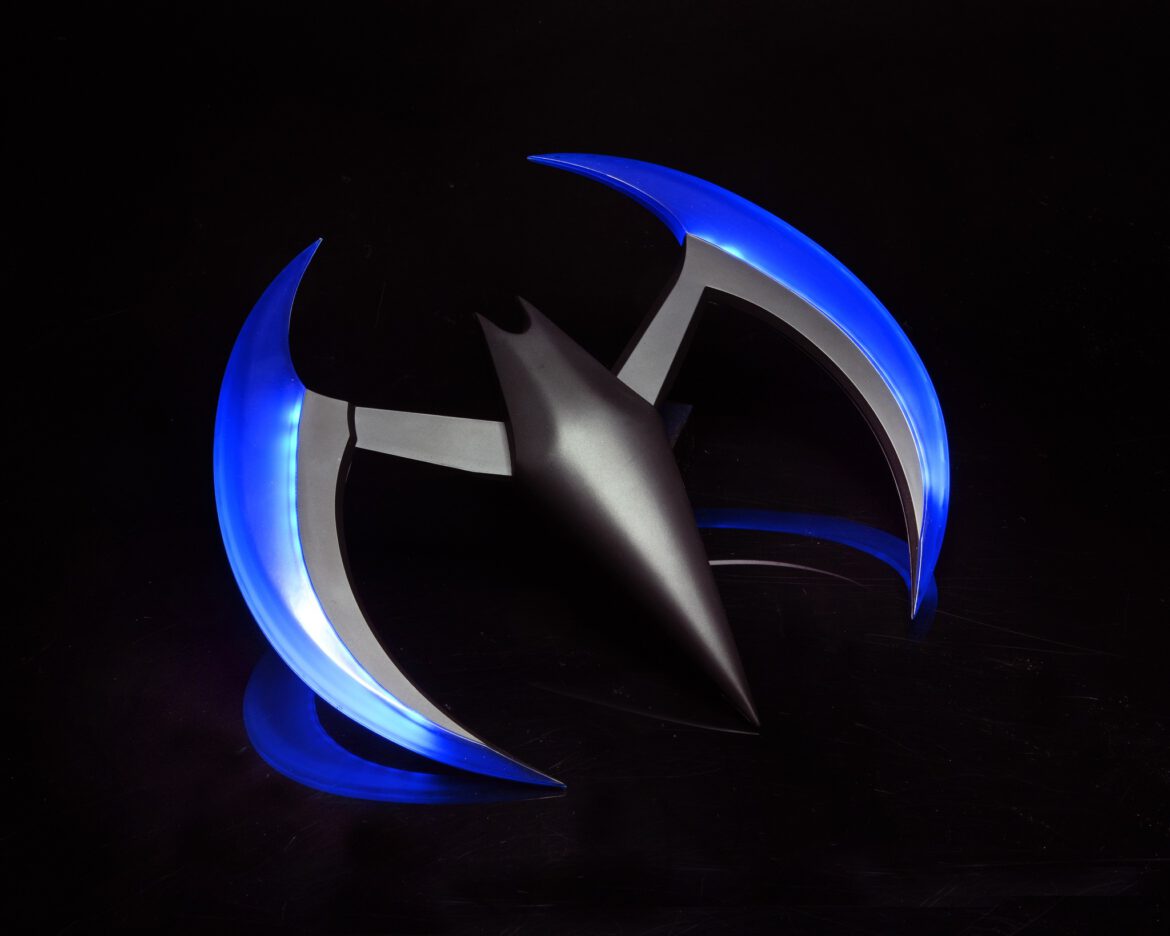 NECA has released details for their latest prop replica which features the blue batarang from Batman Beyond. The batarang measures eight inches and features a light-up ability. This specific version is the electric inque-style rather than the typical red batarang seen in the series. Previously, NECA has released replica batarangs for Batman (1989) as well as other replicas. Similar to how those previous releases worked, they will have an exclusive retailer for a certain window prior to releasing to mass retailers online. This item has already been popping up in Target, so it can be assumed that Target holds the early exclusive rights. We expect the price to be somewhere around $25 given the light-up ability. Once there is an update for ordering the NECA Batman Beyond blue batarang online at Entertainment Earth, we will update you.

UPDATE (3/1): Well, that didn’t take very long. Entertainment Earth has posted up a listing for the replica with a price of $35. It is expected to ship in April 2022. You can preorder it now by heading over to Entertainment Earth.

This full-size prop replica of the Batarang comes from the Batman Beyond animated series! The Batarang features blue LED lighting in the wings which can be turned on or off. Measures over 8-inches wide and uses 3x button cell batteries, included.