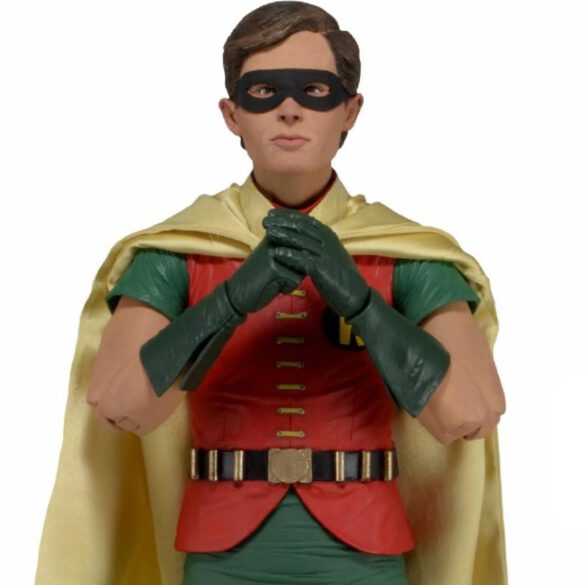 NECA has announced a new 1:4 action figure as they jump to 1966 with Burt Ward’s portrayal of Robin joining their action figure line. The last figures from the Batman Universe from the 1:4 action figure line were announced back in October 2020 with figures featuring Batman Returns. The new figure measures about seventeen inches tall and features twenty points of articulation. It features a fabric cape, six interchangeable hands, a batarang, a communicator, and a pair of handcuffs. It is priced at $115.99 and is expected to ship in January 2023. You can preorder the figure now at Entertainment Earth.

The long-awaited companion piece to the 1:4 scale classic Batman 1966 TV series Adam West figure comes to your collection! This monumental version of Burt Ward’s Robin the Boy Wonder Action Figure measures 17-inches tall and is highly poseable, with Burt Ward’s likeness. Robin comes with a fabric cape, 6 interchangeable hands, Batarang, communicator, and more. Super-poseable and loaded with detail, this Robin is a must-have for fans of the classic Batman series. Ages 14 and up.