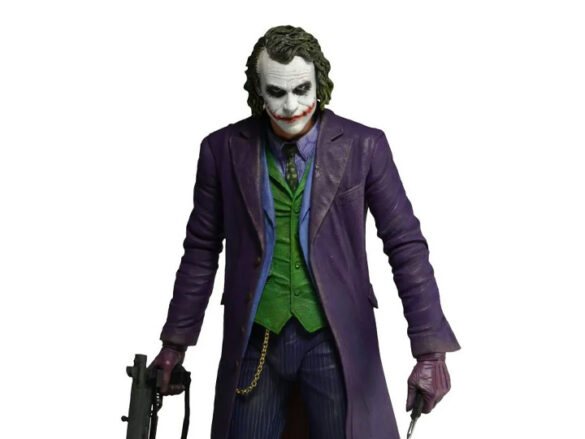 In a follow-up to our earlier article, NECA will also be re-releasing the Heath Ledger version of Joker from The Dark Knight. The one-fourth-scale figure measures about eighteen inches tall and comes with multiple accessories and interchangeable hands. It is priced at $129.99 and is expected to ship right away from the NECA store. You can also preorder the figure from Entertainment Earth. 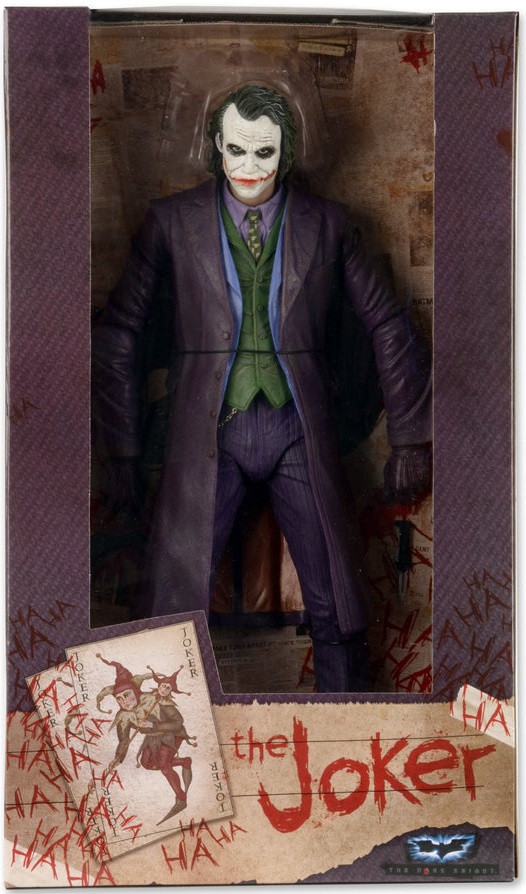 Directly out of Christopher Nolan’s hit The Dark Knight film comes an amazing action figure of the break-out character from the film – The Joker! Based on Heath Ledger’s haunting portrayal of The Joker in The Dark Knight, no detail on this fantastic figure has been overlooked. Sculpted gloriously in the 1:4 scale, this amazing action figure measures a whopping 18-inches tall. Complete with faithful accessories from the movie like a knife, pistol, and machine gun along with incredible lifelike details and interchangeable hands, this is a must-have for any fan of Heath Ledger or The Dark Knight films! Ages 15 and up.