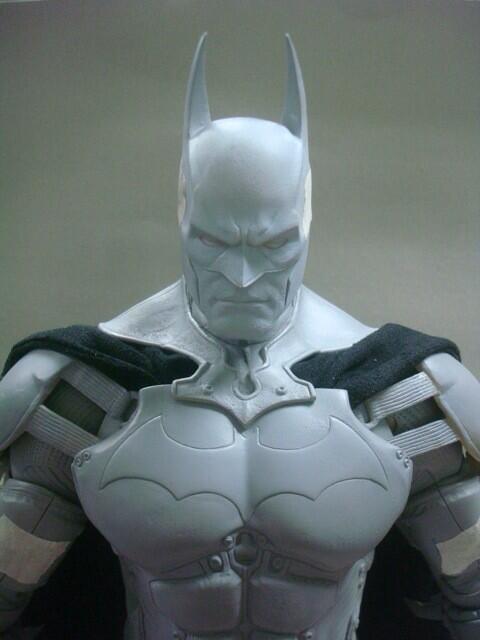 In honor of the new release, Batman: Arkham Origins. NECA tweeted the first look of their upcoming 1/4 scale Batman figure. It's a small teaser of their figure in production, there is only a sculpt of the figure with a cloth cape. According to NECA's tweet, the figure should be coming out early 2014. See the image of the new figure down below.

In honor of the release of Arkham Origins here's a new teaser for our upcoming 1/4 scale Batman coming in early '14 pic.twitter.com/cqMfutiZnb