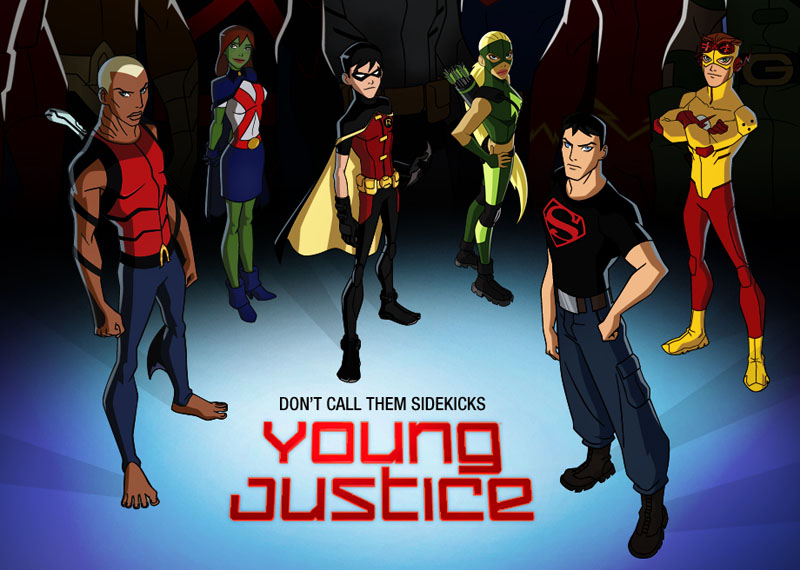 With the return of DC Nation to Cartoon Network this Saturday January 5th, the official DC Comics website has posted a new interview with Young Justice producers Greg Weisman and Brandon Vietti, where they talk about what fans can expect to see in these new batch of episodes:

DC Comics: Nearly halfway through the Invasion storyline, it already seems as though Blue Beetle is turning into a pretty important character. Can we expect Blue Beetle to have such a vital role as the season continues?

Greg Weisman: Absolutely. As the Light's Partner is finally revealed, we'll see that there is a direct connection to Jamie Reyes and the Scarab affixed to his back.

DC Comics: The team’s base, Mount Justice, has been destroyed. Where is the team’s base now? How do they pick up the pieces and move on?

Greg Weisman: The Team isn't going to have it easy. It's not as simple as picking up pieces and moving to a new locale. There are multiple issues. Superboy, Miss Martian, Lagoon Boy, Beast Boy and Mal Duncan were all LIVING at the Cave. Where will they stay now? And with most of the Team's Freshmen still not authorized to Zeta up to the Watchtower, what will become the Team's operational H.Q.? These are key questions to be answered over the next few episodes. But before they can deal with any of that, they need to rescue the quartet of Teammates that Aqualad abducted for Black Manta and turned over to the Partner.

DC Comics: Can you tease any big villains that are coming up?

Greg Weisman: We could, but is that really our style? Oh, what the heck: Despero, Deathstroke, Mongul and the Terrible Toyman!

You can check out the full interview over at the official DC Comics website. New episodes of Young Justice return on Saturday January 5th at 10a/9c on Cartoon Network.