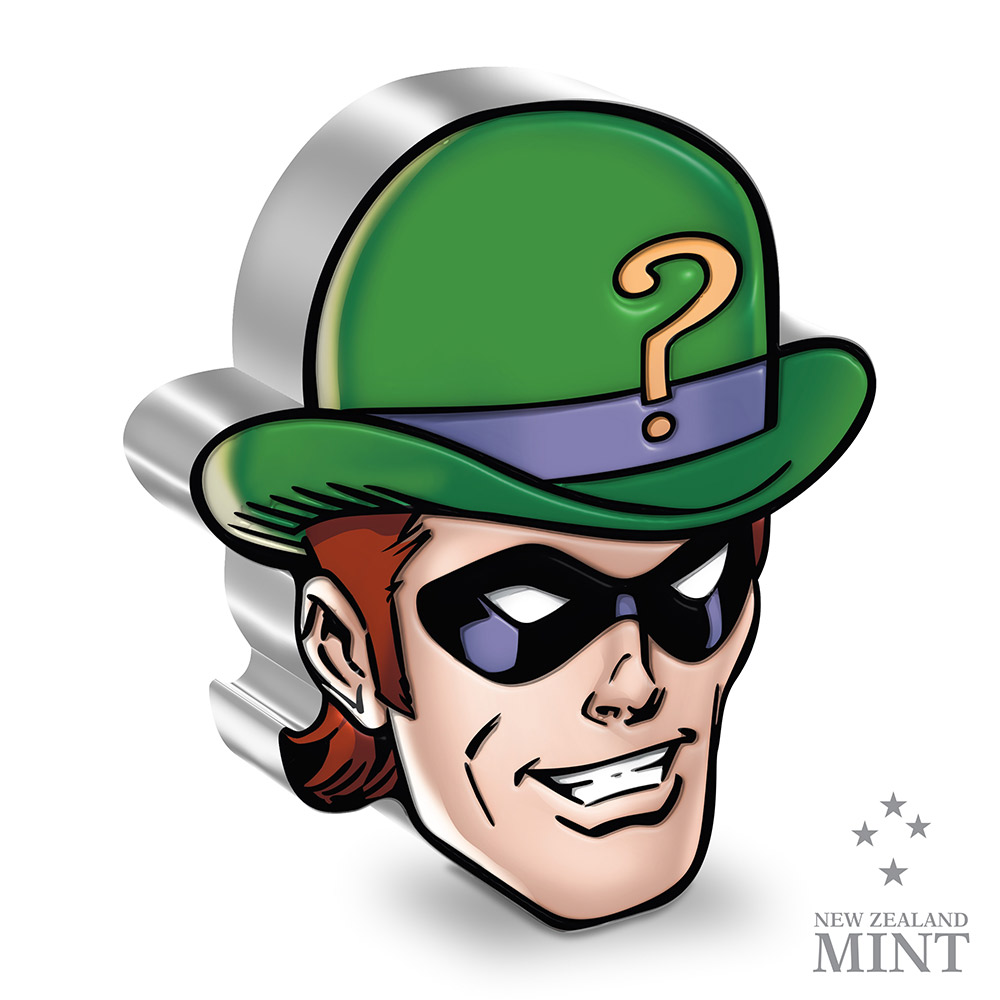 The New Zealand Mint has released details for their latest Faces of Gotham silver coin, featuring Riddler. The pure silver coin is made of one ounce of silver and measures just over one inch wide. It will also come in a special collector’s box as part of a limited edition of five thousand pieces. This coin is the sixth coin in the “Faces of Gotham” series after Batman, Robin, Joker, Catwoman, and Two-Face were previously announced. It is priced at $99 and is expected to ship between June and August 2022. You can preorder the coin at Sideshow Collectibles.

Solve Every Riddle that Comes your Way with New DC Coin!

The riveting Faces of Gotham™ collection continues with its sixth release! This 1oz pure silver coin features one of BATMAN’S greatest foes, THE RIDDLER™.

The coin is colored and shaped to resemble the captain of conundrums wearing his purple domino mask and iconic green question mark bowler hat. Some relief is also added to give this thrilling design a 3D look. The Ian Rank Broadley effigy of Her Majesty Queen Elizabeth II is on the obverse and a Certificate of Authenticity on the box confirm the coins legal tender status.

Created in partnership with Warner Bros. Consumer Products, the coin is placed inside a compact, themed box with a window for easy display. Printed at the back, you will find the unique serial number of the coin in the limited mintage of 5,000.

Do you have what it takes to solve his riddles?