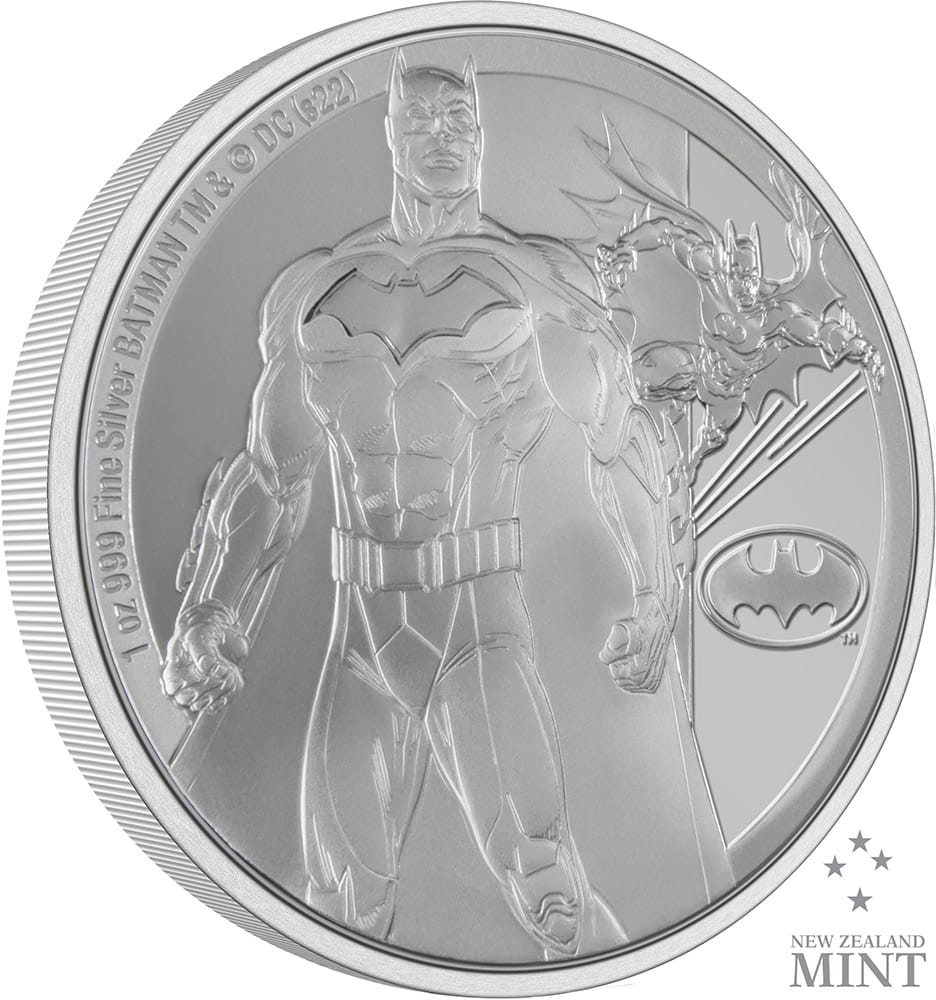 In addition to the gold coin announced earlier today, New Zealand Mint has also announced a new silver collectible coin featuring a different classic version of Batman. the one-ounce coin measures over an inch and a half and is made of solid silver. It is priced at $109 and is expected to ship between December 2022 and February 2023. You can preorder the coin over at Sideshow Collectibles.

First appearing in 1939’s Detective Comics #27, BATMAN™ is one of the most iconic fictional characters in the world. To pay homage to his journey, we have crafted these incredible pure silver coins!

All coins are engraved and show BATMAN in a heroic pose. The 1oz silver features him flying into battle. The Ian Rank-Broadley effigy of Her Majesty Queen Elizabeth II is on the obverse of the coin, confirming them as legal tender.

Each is packaged inside a high-quality, themed case. A Certificate of Authenticity and the coin’s unique serial number is also provided. The coin is limited edition, with only 5000 minted worldwide!

Take to the streets of Gotham City today!