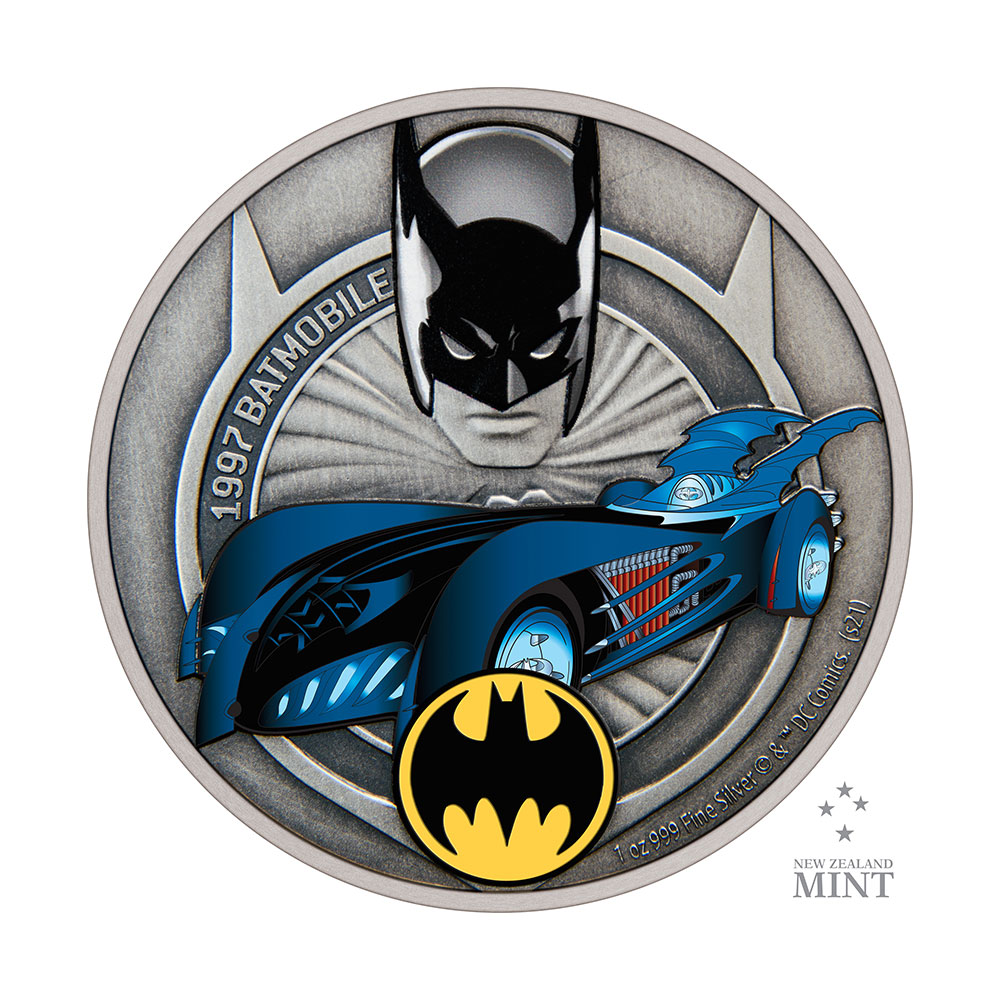 New Zealand Mint has released details for their latest silver collectible coin, which features the Batmobile from 1997’s Batman and Robin. The one-ounce silver coming measures about one and a half inches in diameter and comes in a magnetic acrylic display case. It is priced at $99 and is expected to ship in July 2021. This isn’t the first silver coin featuring the Batmobile as the New Zealand Mint has previously released one for the classic television series and 1989’s Batman. You can preorder the coin at Sideshow Collectibles.

This specially designed coin features the Batmobile from the 1997 movie Batman & Robin. It is the third in the DC officially licensed Batmobile Silver Coin Collection.

The coin shows the car in vibrant color along with the Batman logo. Batman’s engraved and colored image and the words ‘1997 Batmobile’ are featured on an antiqued background to complete the design. On the obverse of the coin, the Ian Rank-Broadley effigy of Her Majesty Queen Elizabeth II confirms it as legal tender.

Inside the Batman-themed outer box, you’ll find a Certificate of Authenticity confirming the coin as one of only 2,000 available worldwide, while a magnetized acrylic display block keeps this precious collectible safe. To the Batmobile!