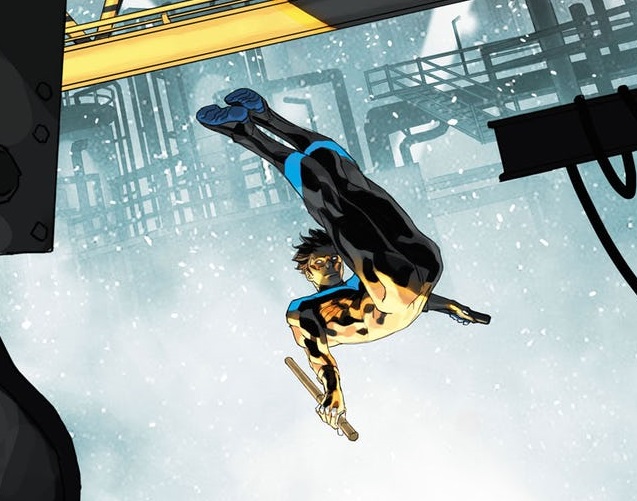 DC Comics is about to see a bit of a switcheroo when Sam Humphries and Tim Seeley switch their writing roles. Humphries will take over writing duties on Nightwing with issue #35 while Seeley will take over for San on Green Lanterns starting on issue #32.

The first storyline in the Humphries’ run will be called “The Untouchable” and feature a villain tied to a “murderous cold case” from Nightwing’s past. Joining Humphries will be Bernard Chang on art, who will also be switching titles himself after being on Batman Beyond for over the past two years. In a conversation reported by CBR Humphries had many good things to say about Seeley and also how he plans to continue Nightwing’s journey:

One of my favorite things from the run is, Tim understood that Nightwing is a great hero in his own right. He needs his own top shelf villains, supporting cast, and city environment. Bernard and I are keeping that tradition alive. We’ve got a new bad guy, we’ll be developing his supporting cast (both friendly and unpleasant), and we’ll be exploring the past and present of Blüdhaven. ‘Nightwing The Untouchable’ is gonna be filled with crazy ideas and big street-level action, all threatening to collapse on our star character, Dick Grayson.

You can check out Nightwing’s new direction when issue #35 hits on December 20. Are you excited by the fresh blood stepping in? Let us know in the comments below.