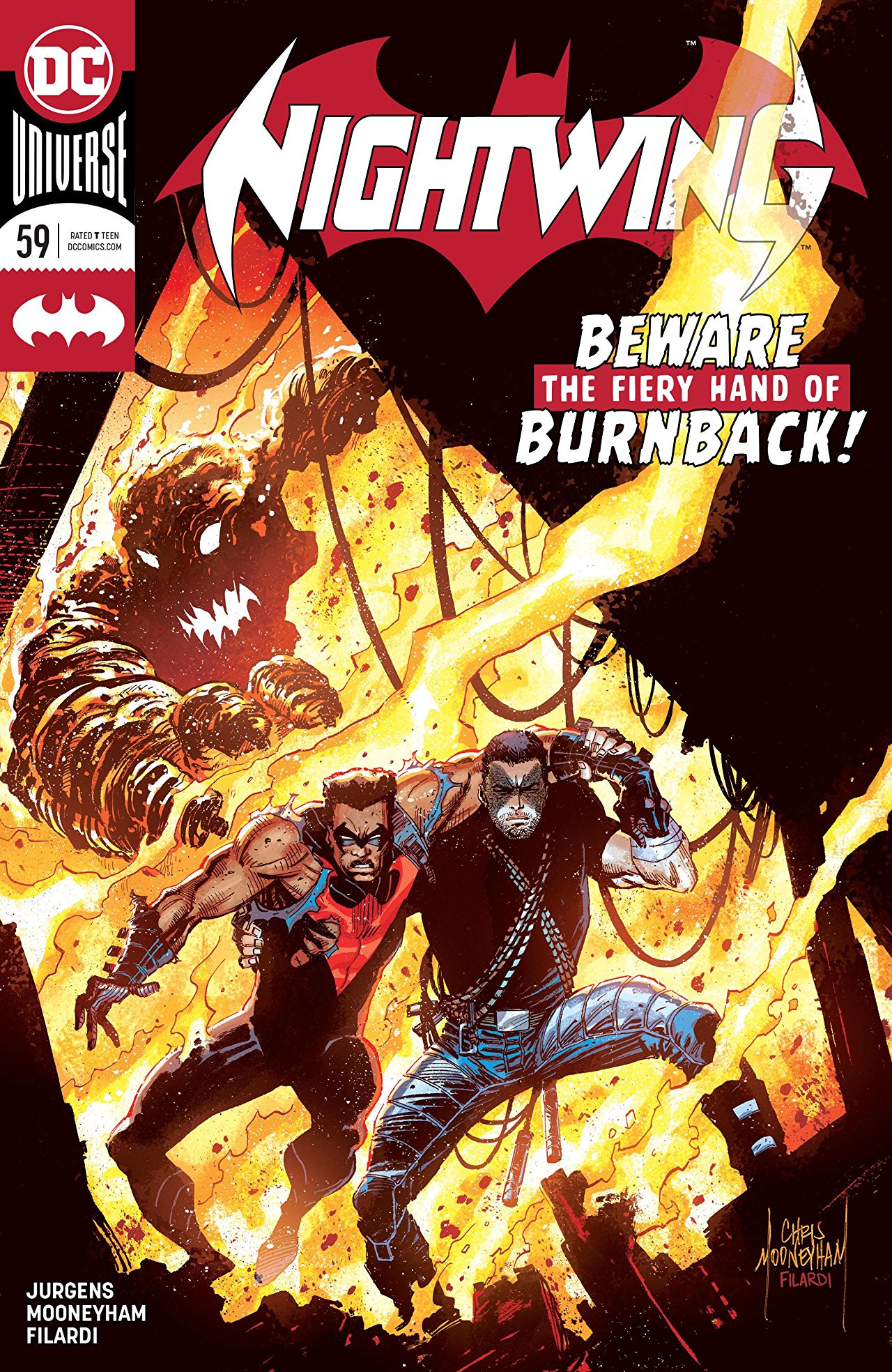 Overview: Ric Grayson assists Malcolm Hutch with a fire that appears to be targeting cops.

Synopsis (spoilers ahead): Ric gets some sparring training with Hutch.  Hutch repeatedly asks where Ric learned his moves but Ric is evasive with his answers.  Ric asks Hutch why things didn’t work out for him at the police academy and Hutch is also somewhat vague with his answer.

After agreeing to meet again at the same time the following day, Hutch goes to the hospital to visit a comatose police sergeant, Walter Stapleton, who was his former mentor.  Hutch feels responsible for the events that resulted in his predicament.  Sapienza swings by to drag Hutch away because the daughter of the sergeant isn’t on good terms with them.  As they leave, they run into the daughter who expresses her disapproval for Hutch and the police department.

Ric goes to visit Bea who gifts Ric a cell phone so she can get in touch with him more easily.  Their time together is interrupted by the sounds of sirens outside.  Ric sees the firetrucks heading to an urgent situation and dashes off to help leaving a confused Bea behind.

Ric catches up with Hutch on a rooftop overlooking the fire.  The go into the burning building to help those trapped inside.  As they are doing that, they hear a faint voice from the flames.  They look up to see a monster made of fire saying, “everything burns”.

Analysis: This series is really just spinning its wheels and staying in the same place right now.  I hate to be negative about it, but that’s just my honest opinion.  Ric isn’t Nightwing but then he’s also doing Nightwing type things.  It’s kind of like how he supposedly remembers nothing but then also remembers everything.  It’s this weird, no man’s land phase where there’s no commitment to the character losing their memory but also no commitment to the character being himself.  Take the sparring training with Hutch as a small example.  Ric apparently remembers nothing of his training and only has “muscle memory”.  But how is it just muscle memory if he has conscious control over it to the degree where he can intentionally throw a portion of the fight in order to make Hutch think he isn’t an expert?

I think this issue focused a bit too much on the sparring scene because it didn’t really give us any new information.  I would have rather it spent more time developing Hutch’s backstory and what happened at the police academy.  I was also disappointed that the real story for why Hutch had to leave the police academy wasn’t what we were led to believe from a previous issue.  Instead, we hear a bit about a tragic accident but it unfortunately only seems to be in the story to set up the villain of this story arc.  I really hope Stapleton or his daughter isn’t the fire monster we see on the last page, but years of reading comics tells me that the setup is too convenient.  Stapleton’s daughter has a grudge against cops and literally says, “…the entire department can burn in hell”.  I hope I’m wrong, or that there is more nuance to it, but I doubt it.

The art was kind of a mixed bag for me.  Some panels I really liked and others I really didn’t.  I don’t like that Ric looks like a forty-year-old guy who is down on his luck.  I also don’t know what’s going on with the face paint.  Why is he wearing it when he’s just training with Hutch?  Does he stop to spray paint his face every time before going into action?  Seems like it would be much easier to just put on a mask.  Also, how is Hutch jumping off rooftops like an acrobat when he only trained as a police officer and fireman?  How does Sapienza show up literally two seconds after the nurses call him to say that Hutch is visiting Stapleton?  Too many small things that don’t make sense.  But getting back to the art, I felt like the colors were well done.  Ric’s shocked face with the fire in the background was probably the best panel in the book.  The lettering was also fine, but I think Hutch’s speech bubble in the panel where Sapienza arrives should be added on to the previous panel.

Final Thoughts: A thin issue that sets up the villain of the next story arc while repeating many of the same points as previous issues.