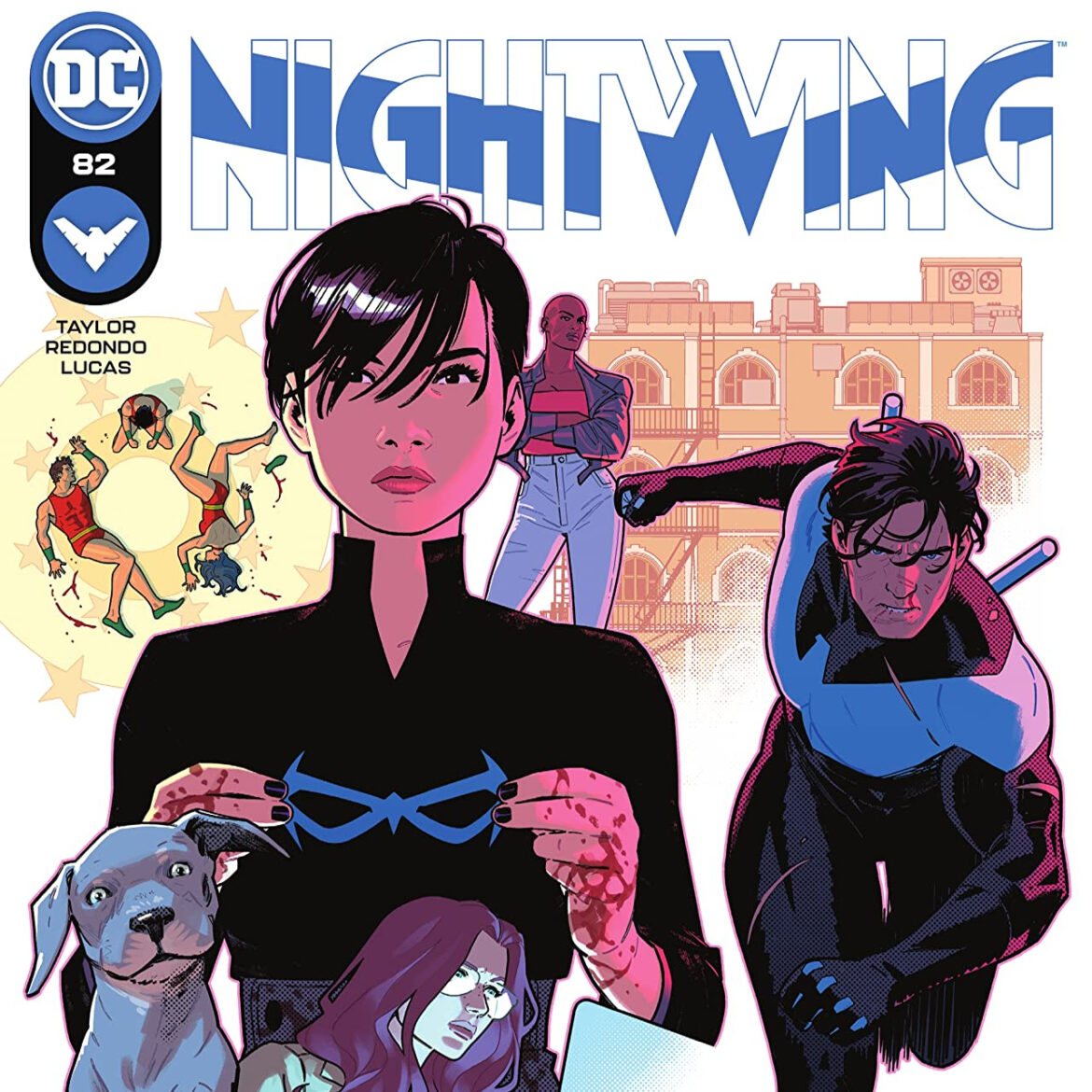 Overview: In Nightwing #82, after discovering Mayor Zucco’s connection to his parents, Nightwing learns the long-buried secrets of both their lives and death!

Synopsis (spoilers ahead): Nightwing #82 begins right after revealing that she’s the daughter of John Grayson, Melinda Zucco continues with another detail – John never knew of her himself. Before she can go on, Nightwing has Oracle call off what was about to be a large rescue effort by the Titans and Batman.

Melinda has Nightwing change and heads upstairs to meet Meili Lin, her mother. She explains that years before Dick was born,  she was bought by Tony Zucco and brought to America. Violent and possessive, Meili took the first chance she had to run away, which was the night they visited Haly’s Circus. A pre-married John and Mary found her, hid her, and with help from the other circus performers, shooed Zucco away. In the weeks that followed, Meili had become a part of the circus and grew close to John and Mary, noticing their attraction towards each other. Despite this, John and Meili “got together” at least once, if briefly.

Eventually, Zucco tracked the circus down in Star City and kidnapped Meili. Six months later in Bludhaven, Meili gave birth to Melinda. Years passed, and mother and daughter escaped Zucco’s possession again, finding Haly’s Circus once more. Before Meili can introduce Melinda to John, she discovered that he and Mary were married wi their son Dick. Meili chose to wait until a braver heart returned her to John, but not long after the Graysons were murdered by Zucco.

Dick is sympathetic but hasn’t forgotten that Melinda has a criminal background. Before he can probe further, their apartment is sieged by the police, with Blockbuster right outside the door.

Analysis: The last issue left me feeling anxious, with writer Tom Taylor throwing the notion of a long-lost sister into the mix. How would this affect Dick? Where has she been? What is she like? We get those answers and more in Nightwing #82, and while they’re perfectly logical, they still leave me somewhat unsatisfied.

More than this surprise connection to John Grayson, more than giving Dick another family member, I think my biggest issue with this story is how it utilizes Tony Zucco. This doesn’t explicitly retcon Detective Comics #38 (1940) but it does embellish it to make the murder of the Graysons seem fated, and I don’t like that. It’s similar to a retcon done over in Amazing Spider-Man #200, which revealed that the burglar who killed Uncle Ben targeted the Parker house for buried treasure or something. Why do we need this? The random tragedy of people becoming victims of crime makes the Bat-Family’s pain of loss relatable. Here, we have Tony Zucco coming to the circus twice before the last time where his concern was pushing them for protection money. So he never thought to do this before? Was the protection racket solely an excuse to get at the Graysons? If that’s the case, why didn’t he kill Dick?

I don’t care for any of this, least of all that it’s connected to a character that we’re just meeting right now. It’s not horrible, but it changes things in ways that don’t feel…professional. Tom Taylor has recently been accused of writing fan-fiction in regards to his DC work, and while I don’t really see it that much in the stuff I’ve read from him in the past, this issue reeks of it. It has all the trappings of an immense idea built upon a poor foundation of purely happening because it alters the mythos. Again it’s not the worst thing in the world, and frankly, this doesn’t bother me as much as the whole “Dick was the Chosen One” Court of Owls thing, which I neither cared for nor even understood.

The larger point is that these life-altering retcons and inserts into the backstory are ideally meant to elicit as big an emotional reaction from longtime fans (whom Taylor clearly has in mind in this run, down to referencing Dick’s Romani heritage), but that’s such a storytelling tightrope that to do it in such a quick, one-issue-told way deprives us of the time and consideration to take it as a new fact. So much so that I can only presume this looks to be some sort of con and that none of this is true. Not for John Grayson or even Dick’s sake, but for Zucco’s. This is odd to say, but it’s worth saying if only to put the point across that this is ultimately convoluted.

At least that’s where my feelings are at. The story in Nightwing #82 is well told, as is the art. Kudos for getting an old Nightwing artist like Rick Leonardi back in the fold for the flashback sequences. The story isn’t done, but I am hoping neither is this backstory, which only gives us more questions than answers.