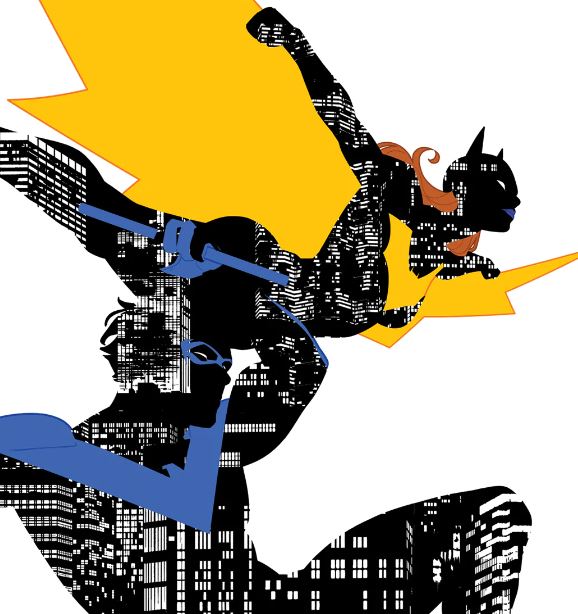 Overview: With Blockbuster dead, the remaining lieutenants of his squad are under threat of being silenced by his loyalists in Nightwing #97! But not if Nightwing and Batgirl can transport one notable criminal from the ‘Haven to Gotham City!

Synopsis (spoilers ahead): As Nightwing #97 begins, Sal Maroni is being interrogated by Maggie Sawyer and Dan Turpin, confident that his loyalty to Blockbuster will guarantee his speedy release from custody. After being informed that not only is Blockbuster dead, but he left behind an entire dossier on Maroni’s crimes, the gangster agrees to be shipped over to Gotham in order to keep from being murdered by Bludhaven’s remaining crooked police form.

Commissioner Renee Montoya leads the transportation of Maroni, which is quickly attacked by Blockbuster’s men. Nightwing and Batgirl arrive for the rescue, and Batgirl takes Maroni off to one of Batman’s many safe houses in a wooded area between the two cities. Nightwing catches up after dispatching several leftover thugs, and the two tranquilize Maroni before spending some much pent-up quality time together for the next three days.

The following day, Nightwing starts to untie Maroni before a taxi cab pulls up outside of the safe house. He and Batgirl are stunned to see the driver is none other than one RIC GRAYSON.

Analysis: This is a pretty good issue that immediately follows up with the fallout from the Blockbuster arc, where I would’ve presumed Taylor and company would’ve been perfectly content to jump ahead a few weeks. But no, the criminal element in Blüdhaven is thick and deep-seated, so there are plenty of loose ends to tie up. Nightwing #97 feels like a comic issue we don’t get often enough, where the ongoing narrative doesn’t just cut to the most memorable or obvious start and end points.

I’ve felt odd about Sal Maroni being a continuing character, as I know he’s had more deaths than Blockbuster in total continuity. I couldn’t name them all, but the fact that Two-Face hasn’t killed him yet is impressive. Still more, I dug seeing Renee Montoya (who can also be seen in both I Am Batman and recent issues of Batgirls) as the commissioner interacting with Maggie Sawyer as commissioner. Montoya worked directly under Sawyer during Gotham Central when Maggie was Captain of the GCPD, and I could stand to see more of the two of them catch up. What stood out to me was the slim black suit Redondo put Renee into contrast with Maggie’s basic brown trench coat. This is a situation where we have two lesbian police commissioners, so the inclination is to keep them pretty butch. I think it stood out to me because Renee’s been consistently presented in several comics, and for Nightwing #97, it looked as though she dressed up fancy to see her former boss. Thought it was funny.

In re-reading this issue, I noticed that Dick’s characterization was pretty Batman-like from scene to scene. Always looking for the next possible threat, keeping a serious face, and especially attacking the goons out from the shadows and thinking about being a hunter. I don’t know to what extent that was intentional, but it worked for me. It was subtle and didn’t trade off on any of the nastier Batman comparisons other writers do whenever they want a Bat-Family character to resemble their leading patriarch. Additionally, Babs was the one who behaved more like Dick, with the joke-cracking and general light-heartedness. Of course, Barbara’s always had a sense of humor – although less so since she became Oracle – but I think it’s a first to read Dick being a more serious character than she in comparison.

I think that writing is intentional by Taylor, as Babs has been rendered increasingly love-struck around Dick for a while now. Suggesting that they take a vacation with Heartless still on the loose is out of character, but Taylor has Barbara make note of that. These two are definitely heading toward something very serious, and it’s not the main running storyline of the title. It’s been the reason why Barbara’s generally been confident, pleasant, and even proactively romantic for several months. The fact that she, as Batgirl, initiates sex with Nightwing while they’re held up in a safe house with a knocked-out villain at the bottom floor is a little jarring. I’m not going to lie about that. It’s a kind of kink that became really prevalent around the New 52 and not something the characters ever did in the previous runs, such as Chuck Dixon’s run. But I think it’s sufficiently developed.

Babs has been watching Nightwing burn himself at both ends and is just falling head over heels for him, and after defeating Blockbuster and quickly conquering Maroni to finish tying up the loose ends, you can see where she’s got this need for physical and emotional release. As much as DC has kept presenting Barbara as the cute, nerdy police chief’s daughter that they think they remember from the 60s, showing her sexual desires in this way for Nightwing – even if it’s a touch eyebrow-raising – is a good thing, I think. If nothing else, it keeps escalating their relationship towards a happy union or a tragic dissolution.

The end twist was great, and I applaud the creators for not leaving the Ric Grayson era in the dust. It wasn't a beloved era, but it still has dramatic potential. Unlike the Melinda cliffhanger, I honestly cannot predict where this might lead.