BTAS Batcave to be Featured in Virtual Reality Display 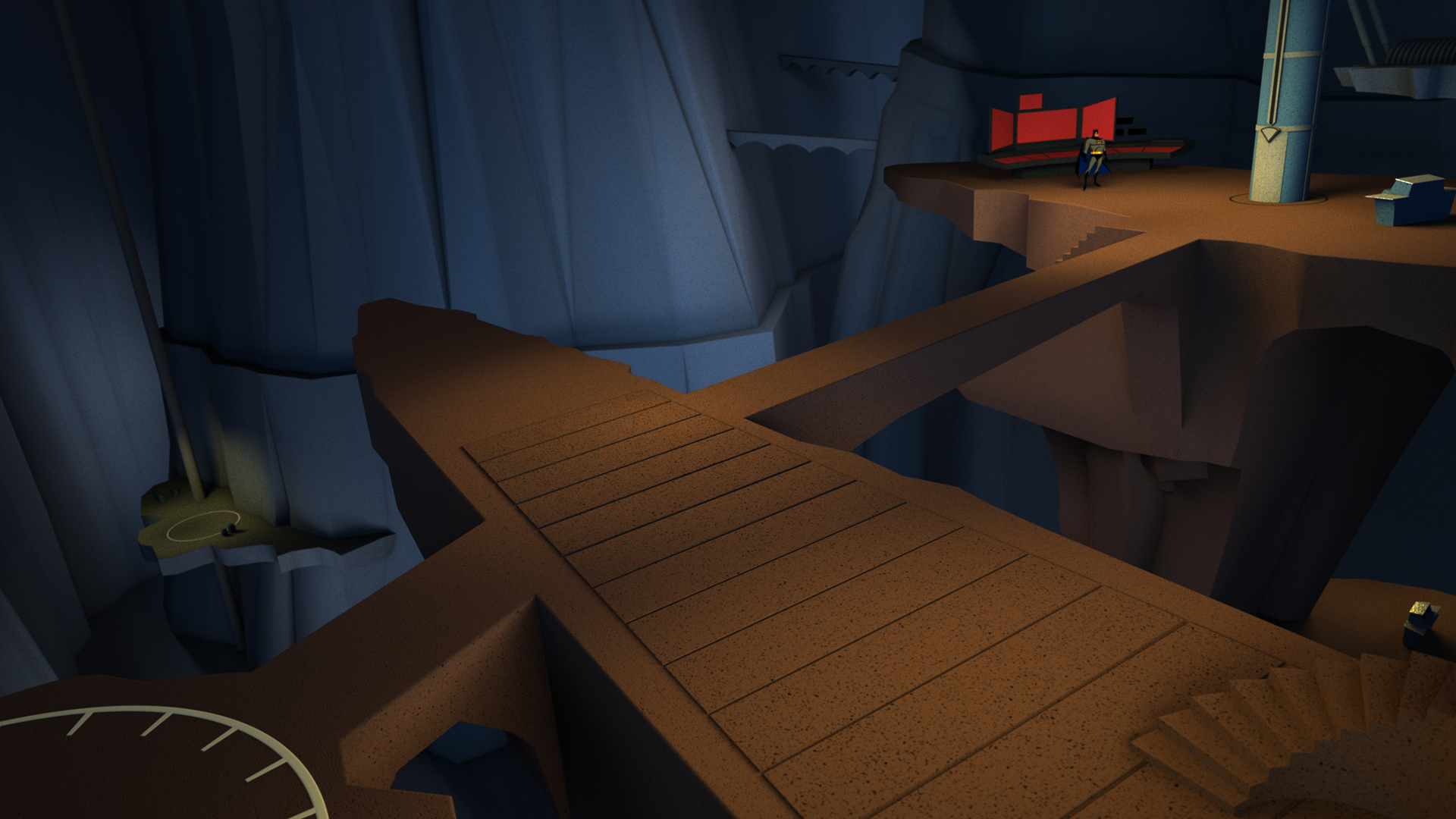 LOS ANGELES and BURBANK, Calif. – October 7, 2014 – Warner Digital Series, DC Entertainment and visual effects pioneer, OTOY Inc., today announced work on a groundbreaking immersive entertainment experience that will see the Batcave from the acclaimed Emmy® Award–winning Batman: The Animated Series brought to life via interactive holographic video for virtual reality displays. The interactive narrative experience will give fans the opportunity to explore Batman’s world like never before, allowing them to feel what it is like to be inside the show’s stylized universe on devices such as the Samsung GALAXY Gear VR, the Oculus Rift, and on forthcoming ‘glasses-free’ light field displays that will power future TV and mobile devices.

First aired on network television in 1992, Batman: The Animated Series defined the classic DC Comics character for a generation of fans. The success of the highly influential show led to a multi-decade run of critically acclaimed television series and animated original movies set in the DC Comics animated universe it helped establish.

Using OTOY’s OctaneRender™ and light field technology, Warner Digital Series and OTOY are faithfully recreating the look and feel of the animated series in unprecedented detail, collaborating with Batman: The Animated Series producer Bruce Timm. Timm is guiding the meticulous adaptation of the original 1992 designs into a fully realized universe with volume and depth. OTOY is also developing tools that perfectly preserve the show’s distinct visual drawing style in 3D space, without requiring any post-production work or manual artist intervention. OTOY’s OctaneRender™ scales this process through light field rendering on the cloud, translating the show’s unique aesthetic, immediately recognized by millions of fans, into cinematic virtual reality.

The project represents the first of many commercial endeavors leveraging OTOY’s rendering and holographic streaming technology which aim to deliver next-generation media and entertainment experiences to emerging content platforms in the coming years.

“We are continuously exploring new and exciting ways to tell stories and share experiences with audiences around the globe, and we’re excited to be working with OTOY on this cutting-edge adaptation from Batman: The Animated Series,” said Sam Register, President, Warner Bros. Animation and Warner Digital Series. “More to the point: It’s super-cool, eye-popping stuff, and fans are going to love it. We can’t wait for them to have the chance to see the Batcave from the show again — for the very first time.”

“Warner Bros. has always been at the forefront of technology and entertainment, exemplified again today in its partnership with OTOY in bringing this Batman: The Animated Series experience to new audiences through holographic video,” said Jules Urbach, Founder and CEO, OTOY. “We’re thrilled to be part of this project. Our work with Warner Bros. validates the tremendous potential of VR as a new cinematic medium.

Work on the Batman: The Animated Series project is already underway with a first release targeting this winter through the ORBX viewer app.