New Batman and the Outsiders Series Launch Pushed to 2019 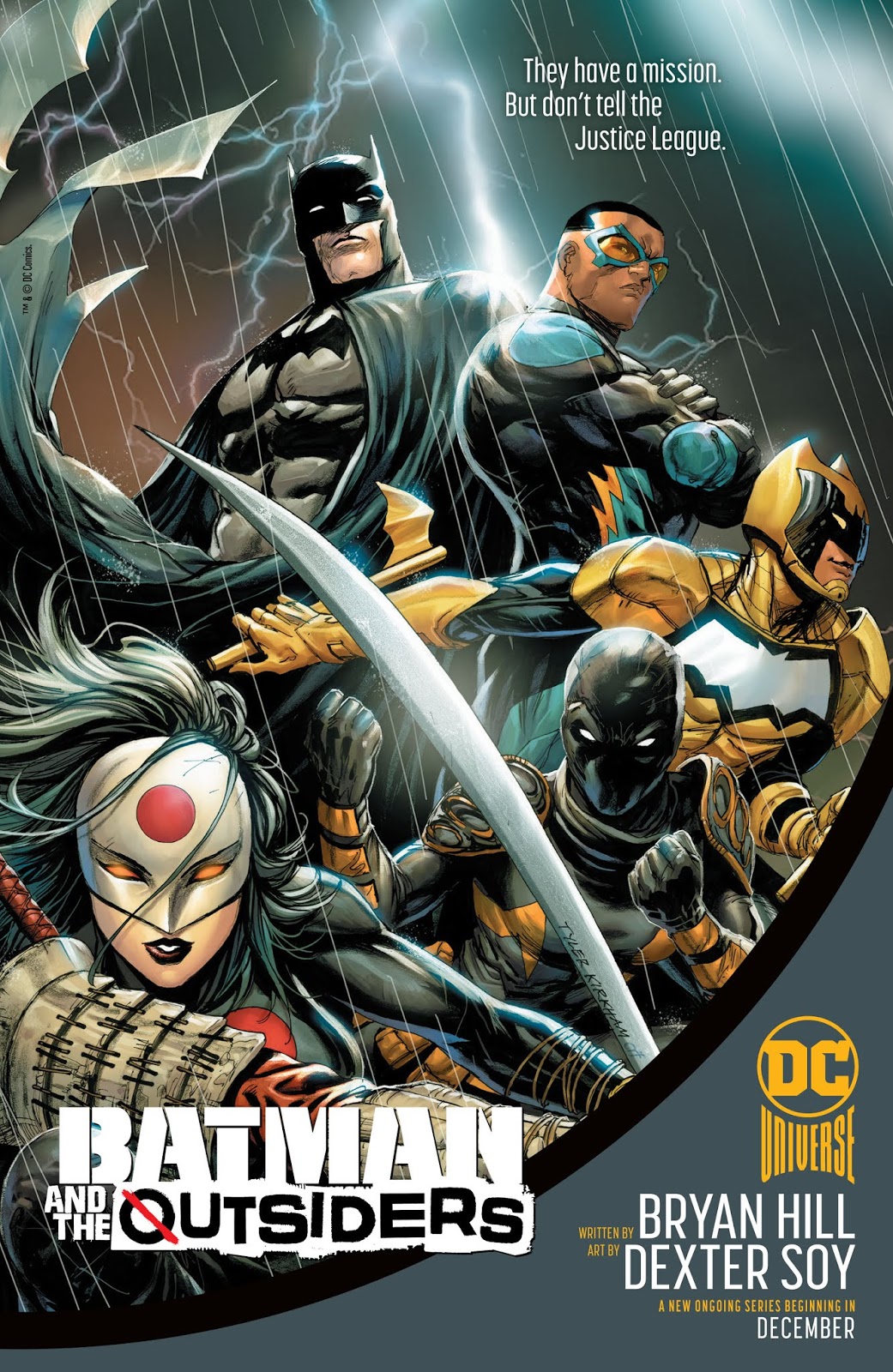 In an unexpected turn of events, Batman and Outsiders has been delayed for the foreseeable future. Word came out earlier today that DC Comics has contacted retailers to inform them that all orders for the issues solicited to this point, including the third issue that released as part of the solicits on Monday, have been canceled.

Now before anyone goes storming the gates, DC has told retailers that the series will be resolicited for a later date. This means instead of the series debuting next month as originally planned, the series will likely not launch until March 2019 at the earliest. This is despite the fact that single print comics this week had ads inside of them featuring the title and the launch time of December advertised.

Bryan Hill was asked about the delays on Twitter and he responded saying that the delay was caused by some other DC Universe events happening and some adjustments needing to be made.

Oh, there’s some in-universe stuff that needs more incorporation into the story. It’s a push on the release, but from what I understand, everything is fine. Just taking more time to make the launch powerful. Everything is fine. We can only launch OUTSIDERS in this iteration once, so it has to accomplish as much as possible in our book, and beyond it. I don’t know how many superhero comics runs I have in me, so I really want this to be special.

Needless to say, it looks like because of one of the major events happening (Heroes in Crisis, Doomsday Clock or even Tom King’s Batman) something needed to be adjusted for the new series and it made more sense to adjust prior to it releasing. Here’s hoping that things get worked out and the series doesn’t suffer similar issues that Justice League Odyessy dealt with when it reworked multiple months of issues and was delayed.

batman and the outsidersbryan hill