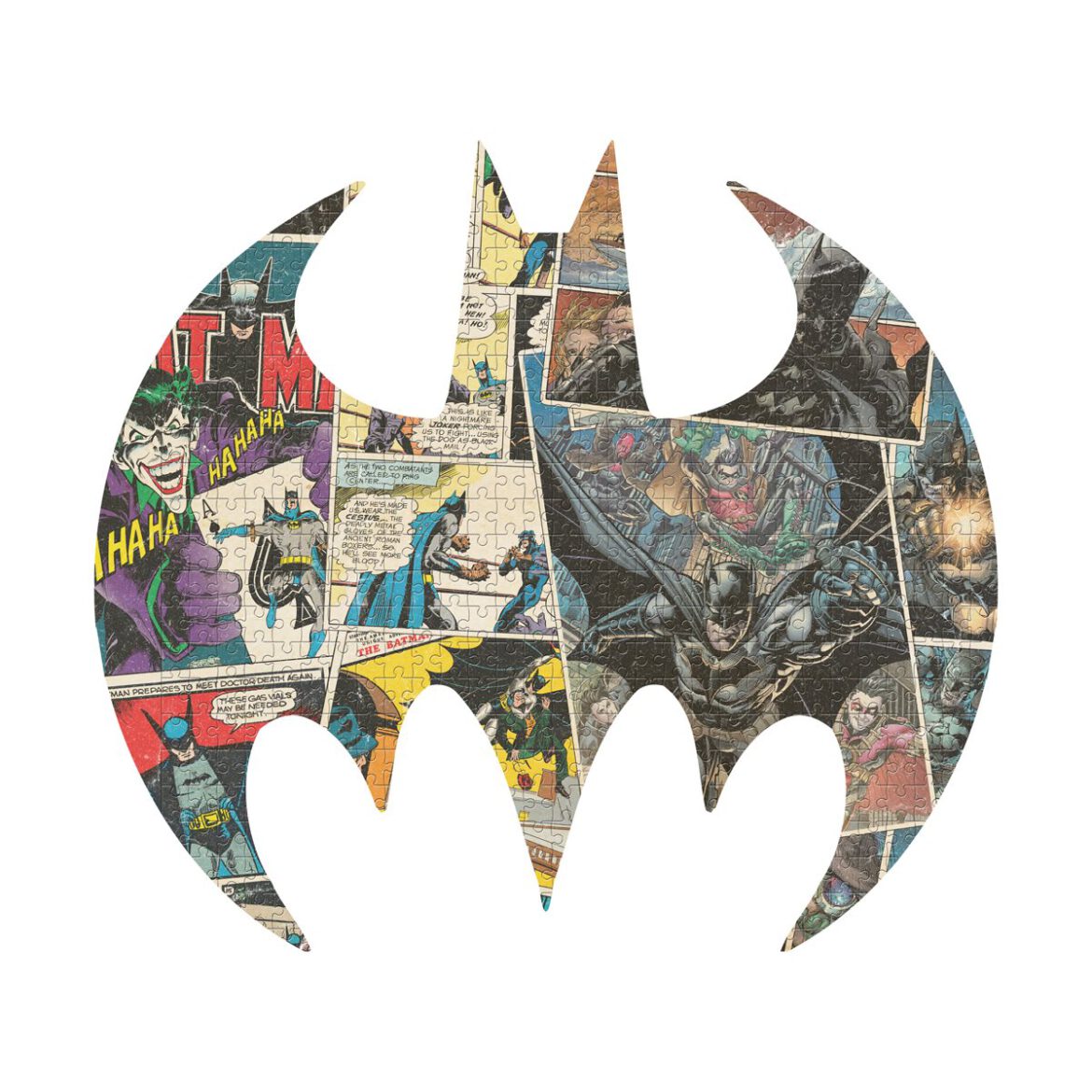 Paladone has released details for a few new items including a Batman puzzle and a trivia game. The items also include a Batman and Joker water bottle and a Batman mug featuring comic panels. The puzzle features seven hundred and fifty pieces for a puzzle that showcases art from various Batman comics. The trivia game features one hundred questions that test your knowledge of the Caped Crusader. Further details can be found below along with prices and preorder information. All of the items are expected to ship between September and October 2021 through Entertainment Earth. 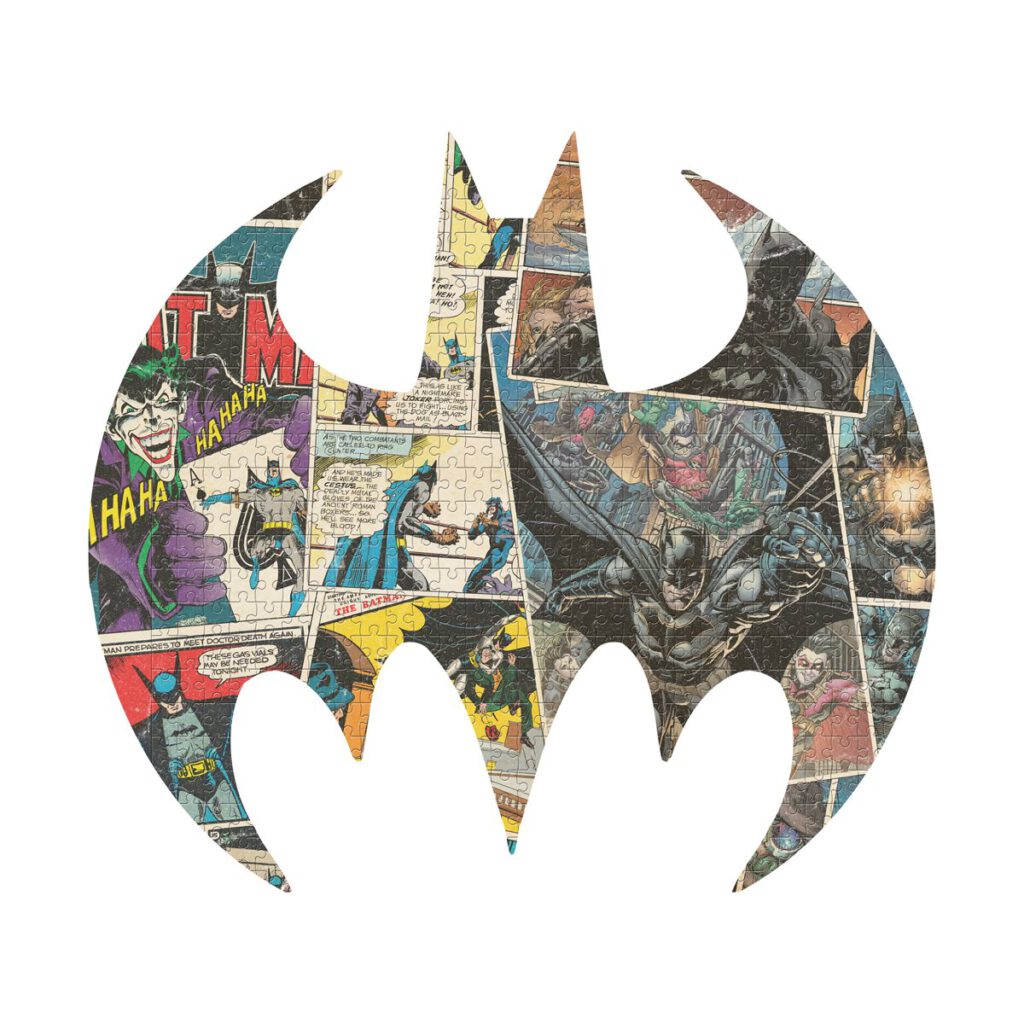 How about a puzzle shaped like the Batman logo? It can be yours with this sensational DC Comics Batman Bat-Shaped 750-Piece Jigsaw Puzzle. In a cool tin featuring Batman and Robin on the cover of the Batman #1 comic, the comic book details will put your skills to the test! Ages 8 and up.
Price: $19.99
Preorder at Entertainment Earth 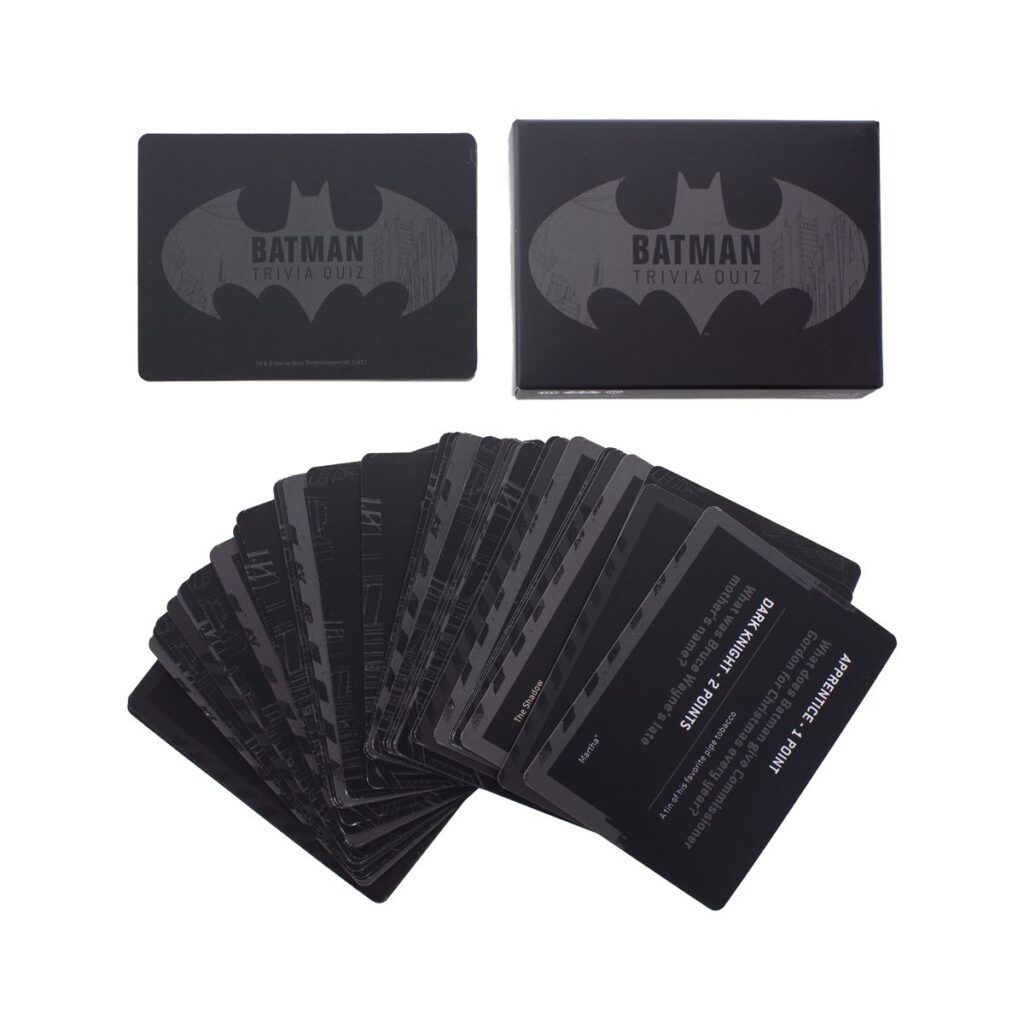 How are you at trivia games? Well, we’ve got one for you, Batman fan! The DC Comics Batman Trivia Quiz Game features 100 questions that will test your knowledge of the Caped Crusader / Dark Knight. Are you up to the challenge? Order now and find out!
Price: $7.99
Preorder at Entertainment Earth 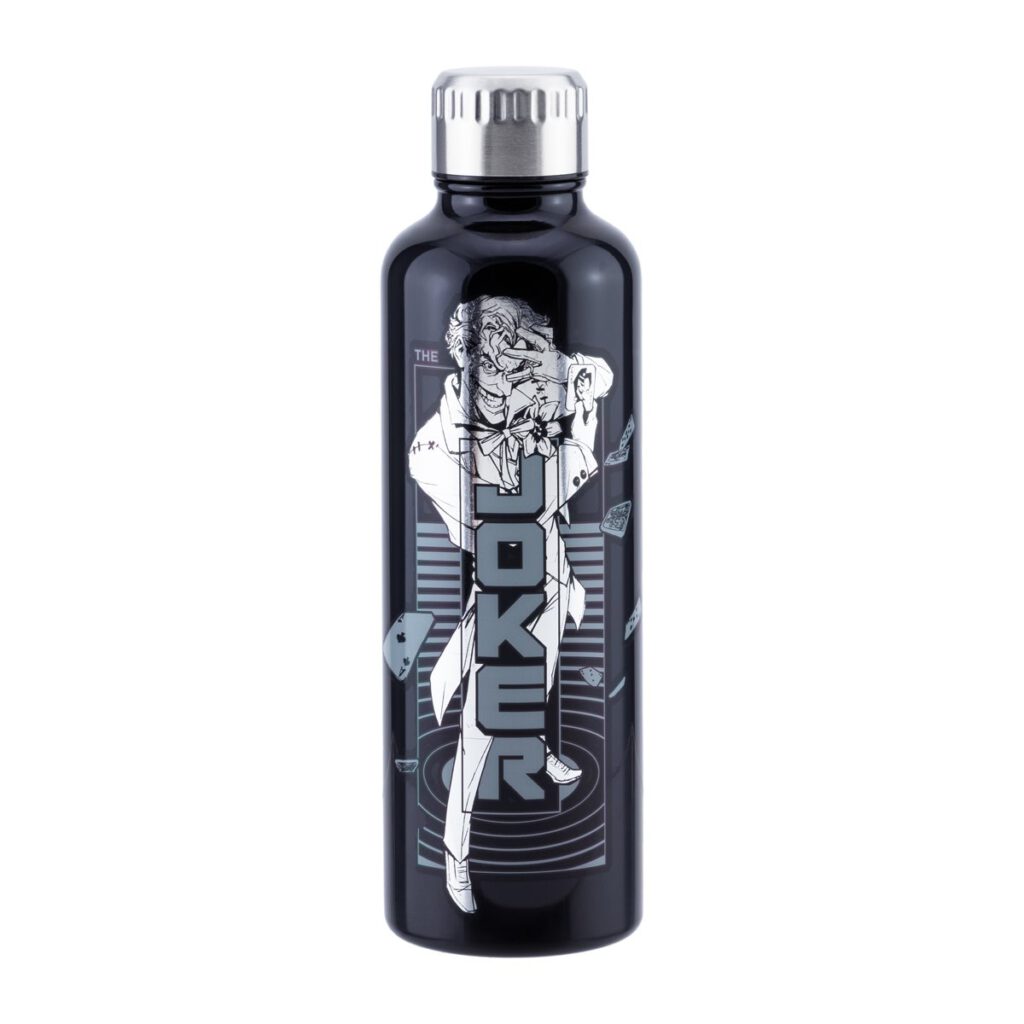 Ya know, even Batman gets thirsty… and so does The Joker. That’s why this super DC Comics Batman 16 oz. Metal Water Bottle features one of those guys on one side and the other guy on the other side. You’re covered no matter which one shows up looking for a drink! It works for hot and cold beverages. Do not microwave. Hand wash only. Not dishwasher safe.
Price: $19.99
Preorder at Entertainment Earth 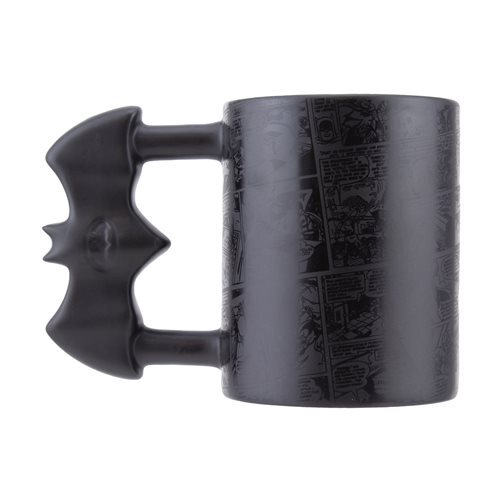 Always wanted one of Batman’s batarangs, haven’t you? Well, here’s your chance… kind of. Add some superhero coolness to your day each time you use this amazing Batman Batarang-Shaped 15 oz. Mug! The body of the matte-black mug is decorated with a highly detailed, tone-on-tone wrap-around comic strip design, but the stand-out feature is the batarang-shaped handle. Supplied in an open-fronted branded gift box, this must-have mug makes the perfect gift for any fan of Batman or someone who loves comic books in general. Plus, collectors of Batman merchandise will welcome this addition to their collection of authentic memorabilia! Hand wash only. Not dishwasher safe. Do not microwave.
Price: $14.99
Preorder now at Entertainment Earth