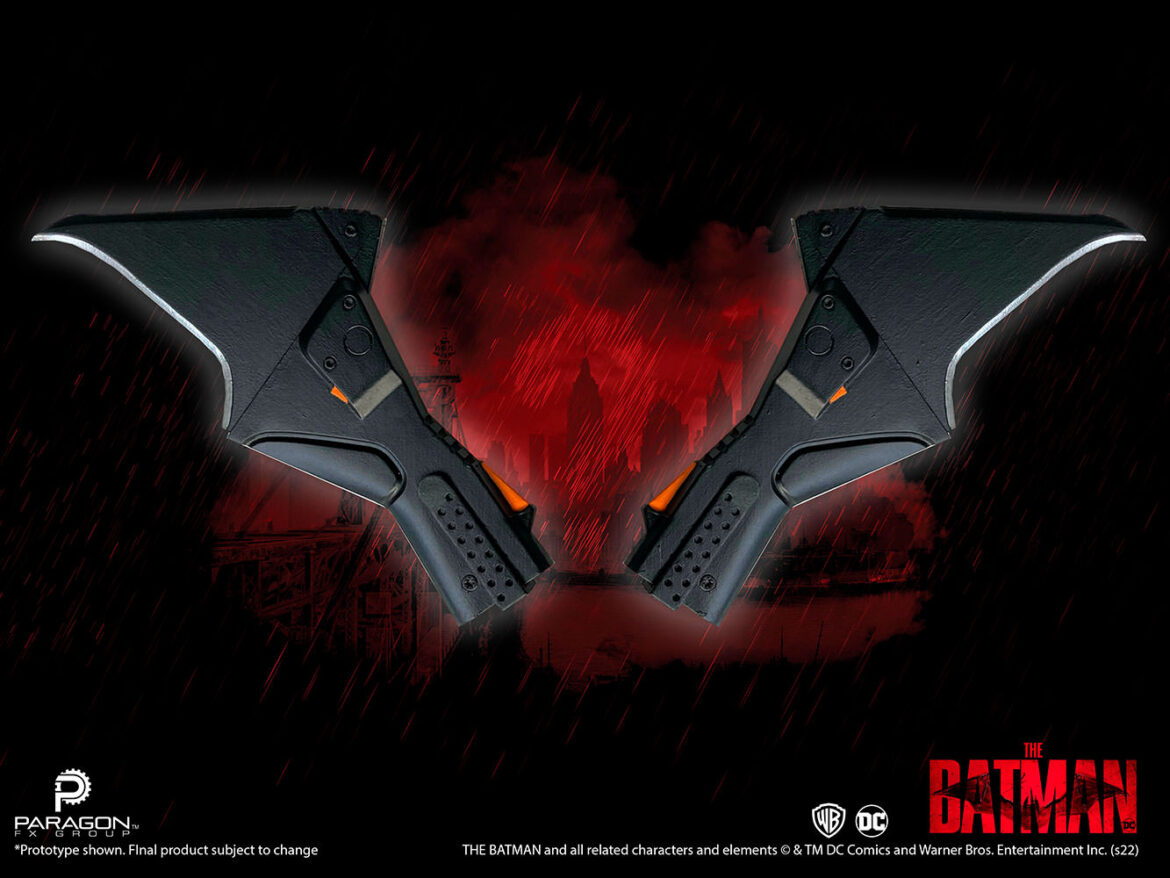 Paragon FX Group has released details for their latest prop replica, which features the Bat Glyph as a 1:1 scale replica from The Batman. The exact dimensions aren’t listed, but the middle can be gripped by an adult hand. It also features the ability to come apart, and it’s made of metal. The replica is limited to just one thousand pieces. It is priced at $250 and is expected to ship between August and October 2022. You can preorder the replica at Sideshow Collectibles.

The prop makers at Paragon FX Group are proud to announce the 1:1 (full-size) metal replica of the Bat Glyph from, The Batman (2022). Referred to as “The Glyph” earlier in production and the Batarang™ in other vernaculars, this multi-purpose utility device personifies the utilitarian, hand-made nature of The Batman’s gear.

Having been provided the original STL files for the glyph directly from production, the engineers at Paragon have recreated an exemplary replica of that which is seen on screen. Each prop replica is made of solid metal and features precise detail on both sides. Additionally, the replica can be separated in the middle allowing additional display as well as cosplay options. The sheer weight and (cold to the touch) feel of this prop invokes an instant connection to the film.

Paragon FX Group is quickly establishing itself as a leader in museum quality motion picture replicas and we’re proud to have partnered with Warner Bros to bring you this limited edition, (1000 pieces) licensed replica.