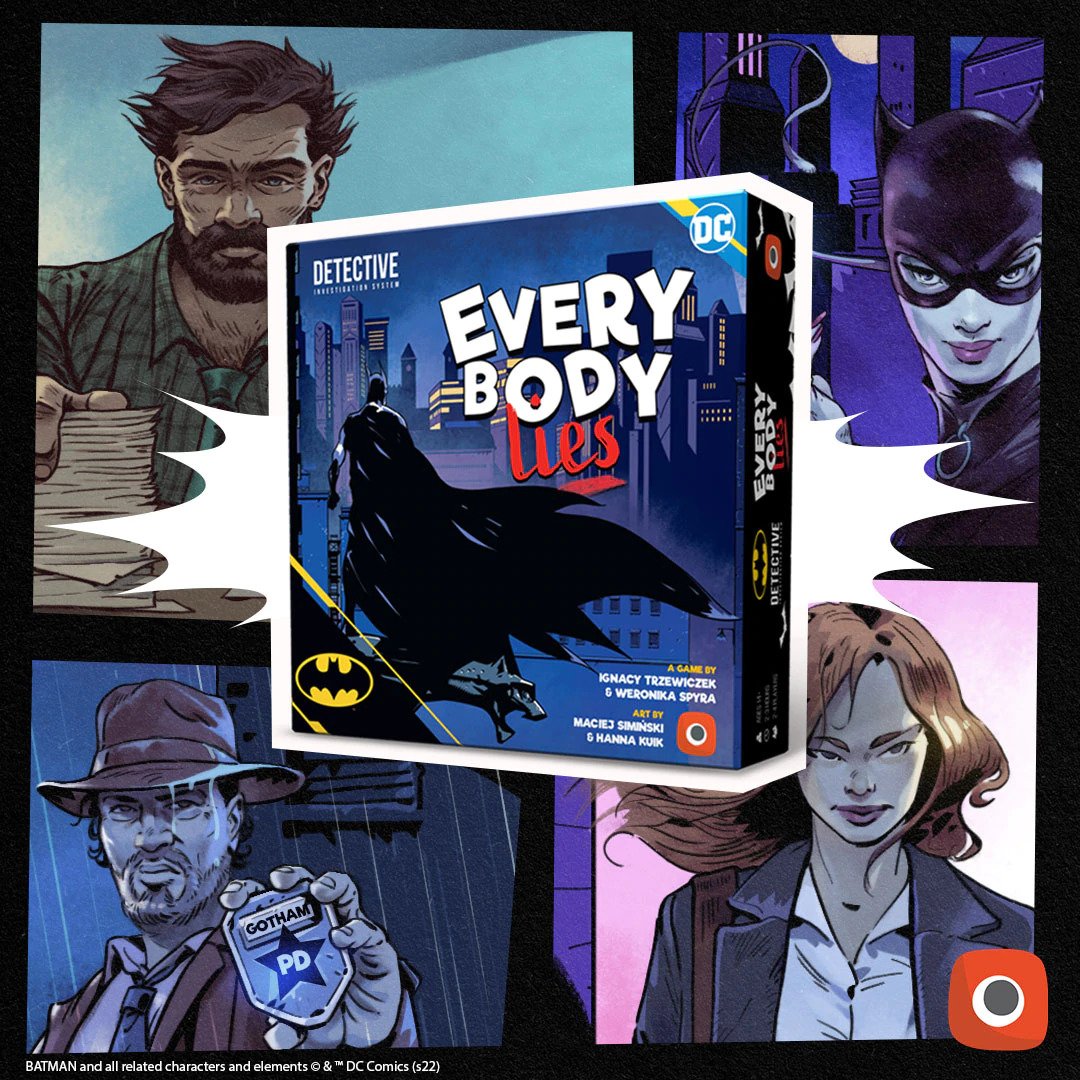 Earlier this year, we brought word of a new game being released from Portal Games. Batman: Everybody Lies is available to order as it releases today.

The deductive reasoning game will take players from location to location all over Gotham City, exploring and examining clues to try and solve the mystery. The game can be played by between two and four players and features three different episodes or stories to play through. There will be a short prologue introducing the Batman Universe as to what to expect for players who are not as familiar with the Batman Universe. The game takes between two and three hours to play.

The normal retail price of the game is $50 and is available today directly from Portal Games. Take a look at the video below to explain better how to play the game and further official details below.

Batman: Everybody Lies is a story-driven, cooperative deduction game based on the system of award-winning Detective game series. It delivers a deeply thematic experience that challenges 2-4 players to team up with the caped crusader and bring the theatrics and themes of Batman to life.

Players need to gather evidence and connect the facts to unravel the mystery. Every scenario ends with a final report with questions verifying how well the team has investigated the case.

WHICH CHARACTER ARE YOU GOING TO PLAY?

Players take on the roles of four key investigators and cooperatively make decisions trying to solve a series of challenging cases.

Each player has a hidden agenda – their own secret goals and unique win conditions based upon which DC character they portray. While playing the game they will find their individual ways of getting information to help with the investigation.

Learn the game with an introductory Prologue case, then continue with three big cases, each taking roughly 2-3 hours to play.

Each case can be played separately, yet after solving all of them, you will unravel a master narrative with an epic climax.

Every scenario ends with a final report with questions verifying how well your team has investigated the case.

Solve the cases using a variety of physical and digital game components: