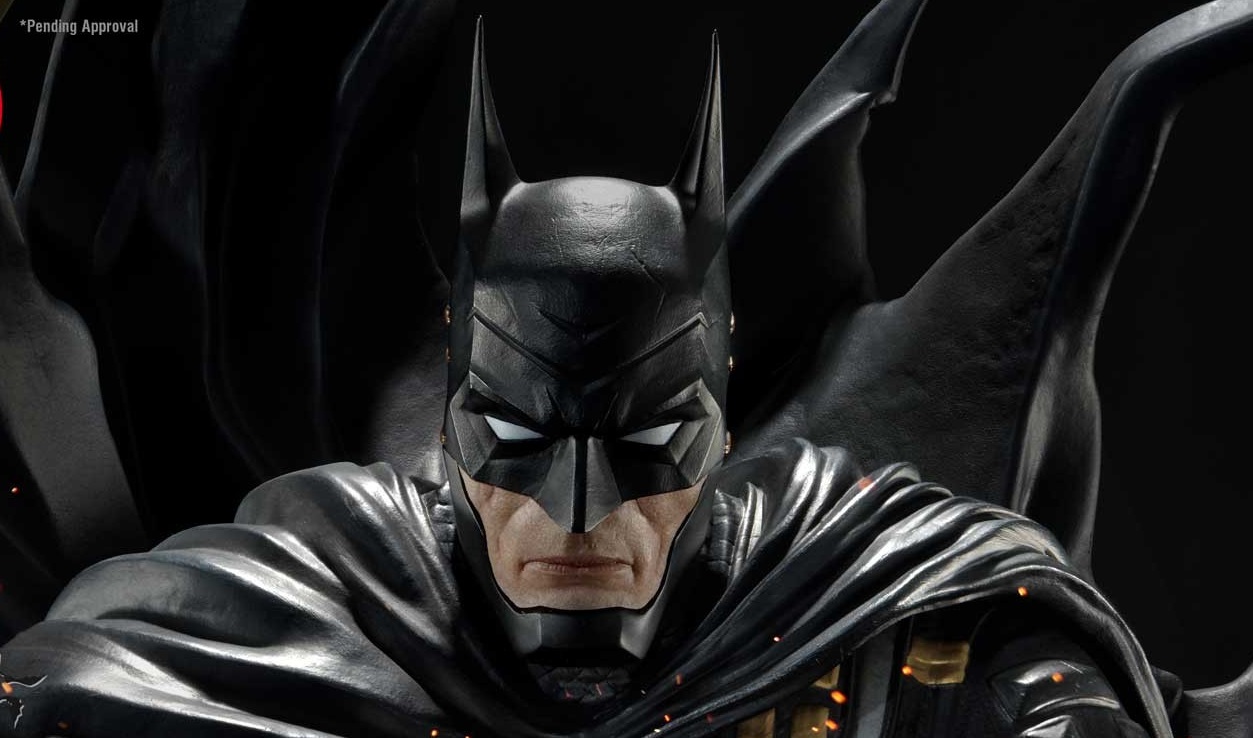 Prime 1 Studio has launched the pre-orders for their upcoming Batman Ninja Statue. Originally revealed at Tokyo Comic Con, the statue is based on the appearance in the upcoming animated film. The statue measures almost three feet tall. There will be two versions available. The deluxe version will include an additional piece of art to stand behind Batman. The standard version will cost $999 with the deluxe version being an additional $300. You can pre-order either version be heading over to Prime 1 Studio now.

Prime 1 Studio is proud to present PMDCNB-01: Ninja Batman from Batman Ninja (Animated Film). From the top creators of Japan, Batman Ninja is an upcoming Japanese animated film directed by Junpei Mizusaki (“Opening Animation for JoJo’s Bizarre Adventure Series”), animation production by Kamikaze Douga, screenplay by Kazuki Nakashima (“Gurren Lagann”, “Kill La Kill”), music by Yugo Kanno (“JoJo’s Bizarre Adventure”, “Psycho-Pass”) and Takashi Okazaki, the creator of Afro Samurai, is the character designer for the animated film produced by Warner Bros. Batman Ninja takes a journey across the ages as Gorilla Grodd’s time displacement machine transports many of Batman’s worst enemies to feudal Japan – along with the Dark Knight and a few of his allies. The villains take over the forms of the feudal lords that rule the divided land, with the Joker taking the lead among the warring factions. As his traditional high-tech weaponry is exhausted almost immediately, Batman must rely on his intellect and his allies including Catwoman and the extended Bat-family to restore order to the land, and return to present-day Gotham City.