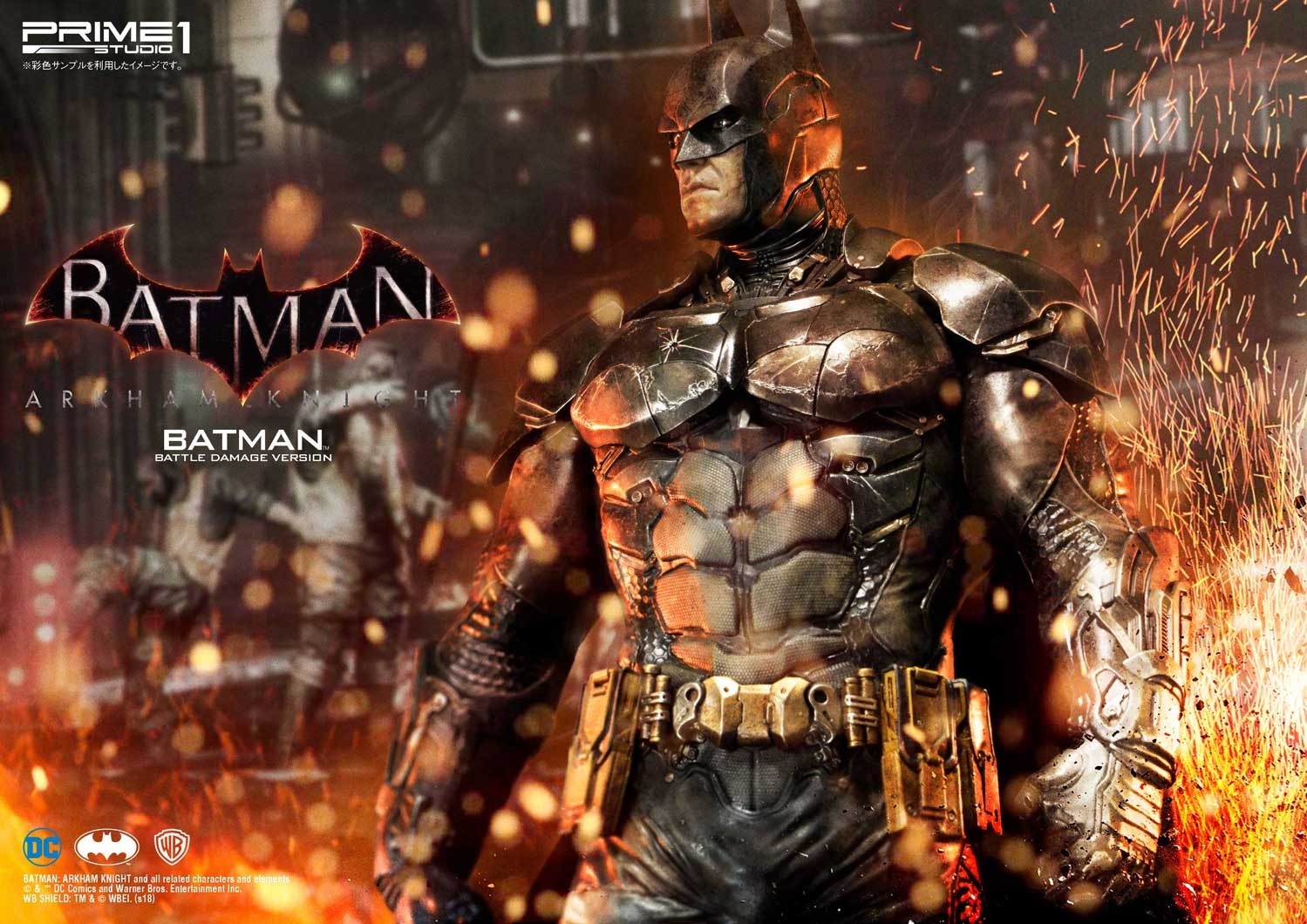 Prime 1 Studio has revealed their latest Batman statue featuring a battle damaged Batman from Batman: Arkham Knight. The 34″, 1/3 scale statue comes with Gotham City building themed base. You can pre-order yours now from Prime 1 Studio for $950. Check out the full details and preview below.

Prime 1 Studio is proud to present 1/3 Scale MMDC-01BD: Batman Battle Damage ver. from Batman: Arkham Knight (2015 Video Game). The Dark Knight must defend the city that he had sworn to protect, when all of his deadliest foes unite to destroy him on Halloween Night with Scarecrow leading the group of rogues. However, while dealing with Scarecrow’s plan with the help of his allies, Batman must battle the mysterious “Arkham Knight” who seemed to have an unknown connection with the Caped Crusader.