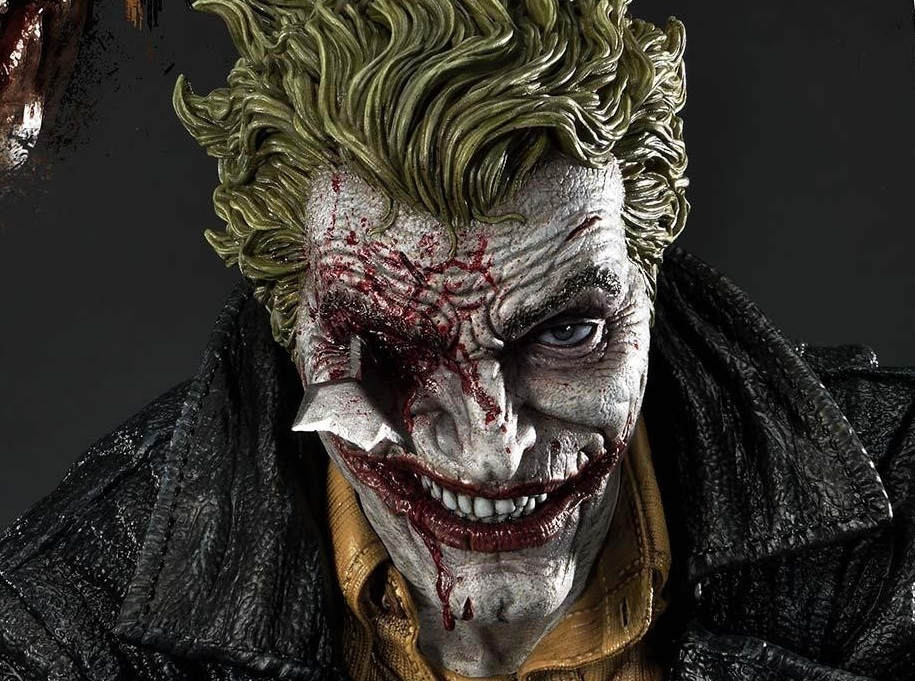 “Don’t ever apologize to no one for the way you look.”

Prime 1 Studio is excited to present the Joker Statue designed by no one else, but incredibly talented Lee Bermejo, an American comics artist best known for his collaborations with writer Brian Azzarello including the Joker graphic novel.

Lee Bermejo’s Joker design is very dark with stunningly realistic features. Even the base is specially designed by Mr. Bermejo featuring Batman (from Batman: Noel graphic novel) chained to a stone which gives the whole statue even darker look.

The Joker statue, Concept design by Lee Bermejo, stands approximately 28 inches tall and it is a must have for all Joker fans. This will be the best statue to add in your collection with your MMDC-04: Batman Noel and the upcoming MMDC-38: Batman Damned statue coming soon for pre-order!

The Joker Statue includes in total of two alternate Portraits and one Head Stand.