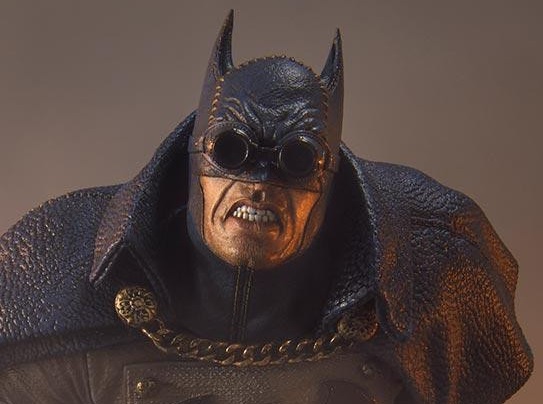 Prime 1 Studio has opened pre-orders for their latest one-fifth scale statue Batman: Gotham by Gaslight “Blue Version”. Based on an alternate batsuit from Batman: Arkham Origins, this statue stands 23″ tall and comes with interchangeable heads and hands. An exclusive version will also be available directly from Prime 1 Studio which will feature an extra head. The statue is priced at $499 and is expected to ship between January and May 2021. Check out the detail below and head over directly to Prime 1 Studio.

Batman: Arkham Origins is a 2013 action-adventure video game developed by Warner Bros. Games Montreal and published by Warner Bros. Interactive Entertainment. Based on the DC Comics superhero Batman, it is the third entry in the popular Batman Arkham mythos and serves as a prequel to the two previous games in the series.

It is a must-have for all Batman fans.