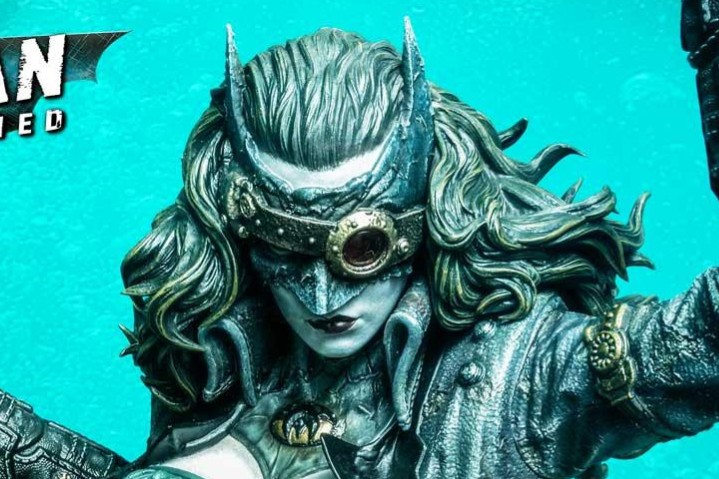 Prime 1 Studio has released details for their latest Dark Nights: Metal statue which features The Drowned, Bryce Wayne, as a one-third scale statue. The statue measures over 35″. The Deluxe Version also features two interchangeable portraits and two swap-out arms. It is priced at $1,049 USD ($1,099 for the deluxe version) and is expected to ship between March 2021 and June 2021 You can pre-order yours at Prime 1 Studio now.

“My amnesty begins here. I light my signal. My light… to show this world my intent… I’m going to drown it all. This whole world. Trust me on that.” — Batwoman: The Drowned

Prime 1 Studio is proud to present the MMDCMT-03DX: The Drowned Deluxe version from The Dark Nights: Metal.

It is a beautifully crafted statue with exceptional attention to detail.

The Drowned Statue stands approximately 35 inches tall and it is a must-have for all DC Comics Dark Nights: Metal fans! A great piece to add in your collection with two other pieces from the same series.