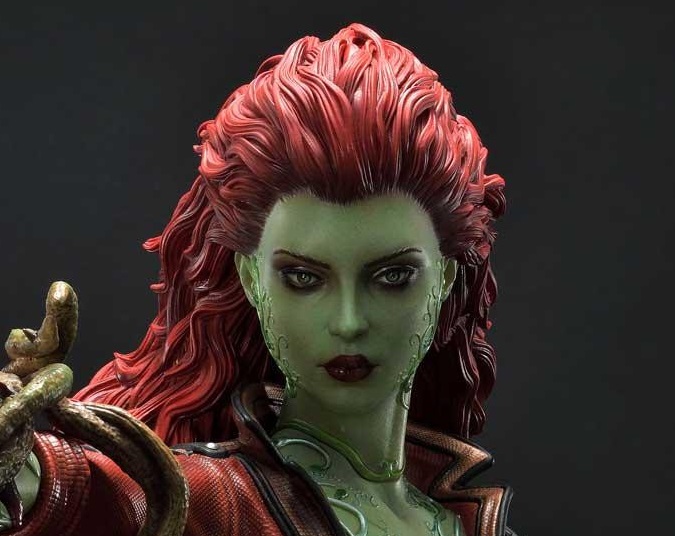 Prime 1 Studio has released details for their latest Museum Masterline statue from Batman: Arkham City, which features Poison Ivy in a one-third scale. It measures 32″ and features an LED light-up feature, interchangeable portraits (the EX version includes and third one) and a specially designed base. It is priced at $1099 for the normal edition and $1149 for the exclusive edition. The statue is expected to ship between May and August 2021. You can preorder yours directly over at Prime 1 Studio now.

Prime 1 Studio is proud to present the beautiful piece from the Batman: Arkham City video game, the 1/3 Scale Poison Ivy.

Batman: Arkham City is a 2011 action-adventure game developed by Rocksteady Studios and published by Warner Bros. Interactive Entertainment. Based on the DC Comics superhero Batman, it is the sequel to the 2009 video game Batman: Arkham Asylum and the second installment in the Batman: Arkham series.

We did our best to recreate Poison Ivy’s forest green skin, full red lips, and long red curly hair. The surface of her skin covered with leaves and roots that ran along some parts of her body is made with great attention to details.

There is an LED light-up function on the TV located on the base of the statue and interchangeable portraits so you could enjoy her different expressions.

This is a must-have piece for all DC fans!