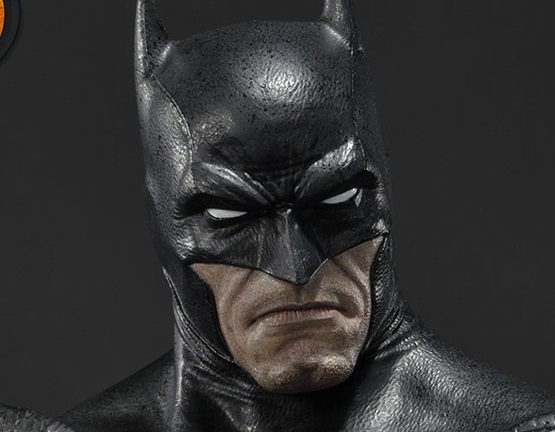 Last year, Prime 1 Studio showed off their lastest statue from Batman: Arkham Knight featuring Batman in a Batman Incorporated suit. Now the statue is available through Sideshow Collectibles with more details. The one-fifth scale statue will be available in two different editions and measure nineteen inches tall. It will also feature two interchangeable hands and the exclusive edition will include an alternate portrait. It is priced at $399 for the collector edition and $449 for the exclusive edition. It is expected to ship between October 2020 and March 2021. You can preorder the statue over at Sideshow Collectibles now.

Prime 1 Studio is proud to present the first 1:5 Scale Batman Incorporated Suit from Batman: Arkham Knight. Batman: Arkham Knight is a 2015 action-adventure video game developed by Rocksteady Studios. The game is the third game in the franchise to be developed by Rocksteady, the team which created both Asylum and City and acts as the final chronological game in the series. Batman Incorporated Suit, also known as Batman Inc. skin, is available as free content for all platforms. This Concept Masterline statue comes with interchangeable left-hand holding a Batarang. This Exclusive version of the Batman Inc. suit includes an additional alternate Portrait.

This is the first 1:5 scale statue from Batman: Arkham Knight. Don’t miss out to add this to your Batman collection!