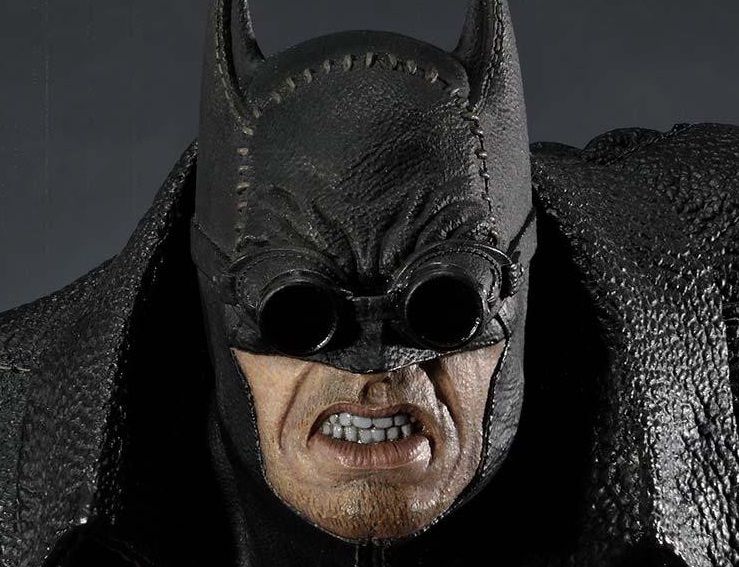 Previously, Prime 1 Studio announced a statue featuring Batman from Gotham by Gaslight. Now they have revealed a new version of the statue with the blue in the Batsuit being replaced with black. The one-fifth scale statue measures twenty-two inches tall and features two interchangeable right hands, two alternate regular portraits, and one alternate exclusive portrait. It is priced at $499 and is expected to ship between March and July 2021. You can preorder the statue directly from Prime 1 Studio now.

Batman Arkham Origins is an action-adventure video game from 2013 and the third in the very successful line of Arkham Batman video games. It was developed by Warner Bros. Games Montreal and published by Warner Bros. Interactive Entertainment. This costume is unlockable in the game and is based on the DC timeline in which Batman exists where the main antagonist is the infamous Jack the Ripper!

We have recreated this special Batman with perfect attention to detail and pinpoint accuracy to the video game. We have designed a base that shows the presence of Batman and the feel of the Victorian era. We are adding the Batman: Gotham By Gaslight Black Version to our Concept Masterline Series to perfectly complement the existing CMDC-03 Blue version and fully complete your Gaslight Collection.