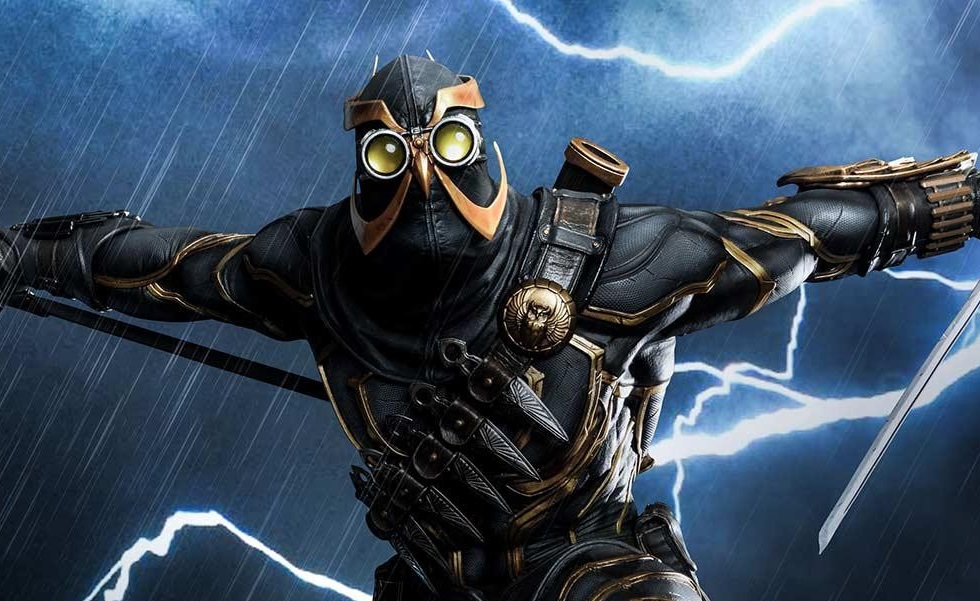 Prime 1 Studio has released details for their latest Museum Masterline statue, which features Talon in a one-third scale. The statue measures about thirty inches tall and there will be an exclusive bonus version available through Prime 1 Studio directly which will include an extra sword option, swappable arms, and hands. The regular version is priced at $1099 and the exclusive version is priced at $1199. Both versions are expected to ship Between January and April 2022. You can preorder the statue at Prime 1 Studio now.

“The Court of Owls has sentenced you to die. How I love killing Waynes!”

Prime 1 Studio is proud to present the latest addition to the timeless Museum Masterline Series. The highly skilled assassin MMDC-46: Talon from the Court of Owls.

The great grandfather of Dick Grayson, William Cobb, AKA Talon is one of the most revered assassins in the Court of Owls. His powers are rare and allow him to be one of the most formidable foes in Gotham. Talon has extreme accelerated healing abilities and does not physically age. He is a master of martial arts and swordsmanship, making him virtually unbeatable.

Charging forward is the assassin Talon. Swords drawn and ready to take out his next victim in the blink of an eye! Talon has been sculpted and painted in accordance with his classic comic book appearance. The beautiful contrast of the gold, complete with weapons on his suit, makes for an eye-catching piece that will set your collection apart from the rest!

Talon stands in a breathtaking dynamic pose 30 inches tall upon an ominous Court of Owls base, complete with the mysterious Court of Owls emblem, making it the perfect complement to his image. Bring the assassin to your collection today! A must-have for DC Comics fans everywhere!