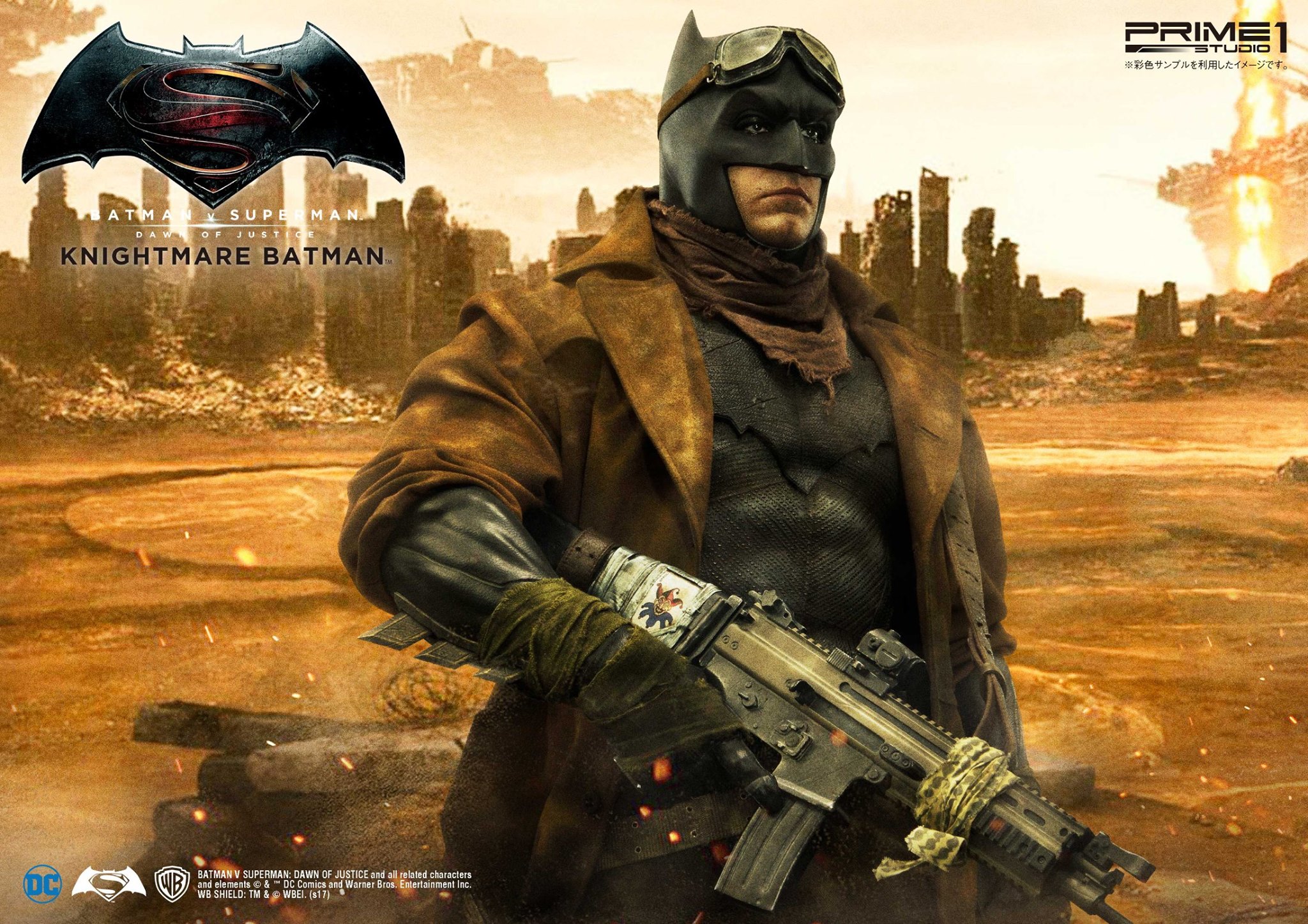 Prime 1 Studio has revealed its statue based on Batman’s “Knightmare” appearance in the Batman v Superman movie.  The upcoming half scale statue stands a massive forty-three inches tall! It stands atop a logo base which includes two LED spotlights and two interchangeable logos for the base. The statue will set you back over two thousand dollars. No release date has been announced yet.

Prime 1 Studio is proud to present HDMMDC-07: Knightmare Batman from Batman V Superman: Dawn of Justice film. DC Comics blockbuster, viewers and fans were intrigued by Bruce Wayne’s “Nightmare” which was a dream of Bruce Wayne following the Black Zero Event, unaware that he was in fact witnessing events from an alternate timeline sometime in the near future. Knightmare Batman is crafted in 1:2 scale with attention to detail, standing around 43 inches tall. It is a must have Batman for all DC Comics fans.