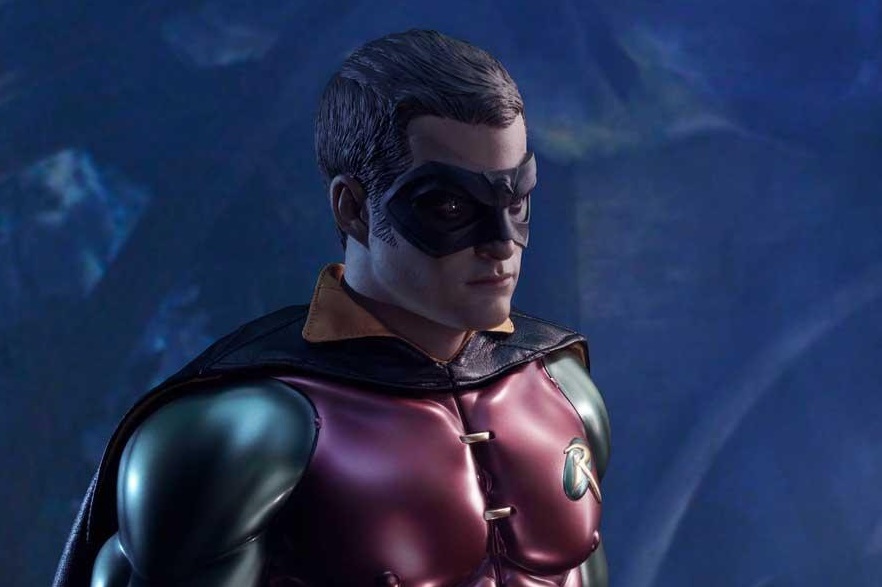 Last month, Prime 1 Studio revealed their latest Museum Masterline statue in the form of Batman from Batman Forever. Now Prime 1 Studio is back with Robin from Batman Forever. The one-third scale statue features Chris O’Donnell’s Robin from the 1995 film. The base is themed and the statue features a synthetic leather fabric cape. It is priced at $1,299 and is expected to ship between December 2022 and March 2023. You can preorder the statue directly from Prime 1 Studio or from Entertainment Earth.

“Riddler and Two-Face could make a pretty lethal combination, figured you could use a hand.” – Robin to Batman

Prime 1 Studio is once again proud to present a classic addition to the Museum Masterline Series: the 1/3 Scale MMBM-03: ROBIN from BATMAN FOREVER!

1995’s Batman Forever introduced us to a new member of the Bat family: Robin! Robin was always meant to be the bright and shining balance to Batman’s dark and brooding ways. And now, Prime 1 Studio brings you a handsome, powerful, and impressive Robin to complete the Caped Crusaders!

Our skillful artists have, yet again, performed at their absolute best by presenting a screen-accurate Robin from Batman Forever. Shown here, descending steps on a Batcave-themed base, our 35-inch-tall Robin, exudes confidence and sheer perfection. The breathtaking likeness of his face, the manicured styling of his hair, and the impeccable anatomical sculpting of his form, all shower praises on our sculpting team’s talents. Not to be outdone, our painters have taken the film reference to heart as they recreated the Boy Wonder’s suit’s subtle metallic finish, the exacting fidelity of the reds and greens, and even the lifelike rendering of his complexion.

Quality is not undersold on this piece as Robin is equipped with a synthetic leather cape, lined with shiny, yellow satin fabric. Gone are the days of a Robin in shorts as descends to the Batcave with a full suit of bullet-resistant armor. The base is emblazoned with the famous R logo for Robin, as denizens of the cave punctuate the perimeter of this pedestal.

If you are a fan of Batman Forever, you owe it to yourself to pre-order Robin and complete the Dynamic Duo today!