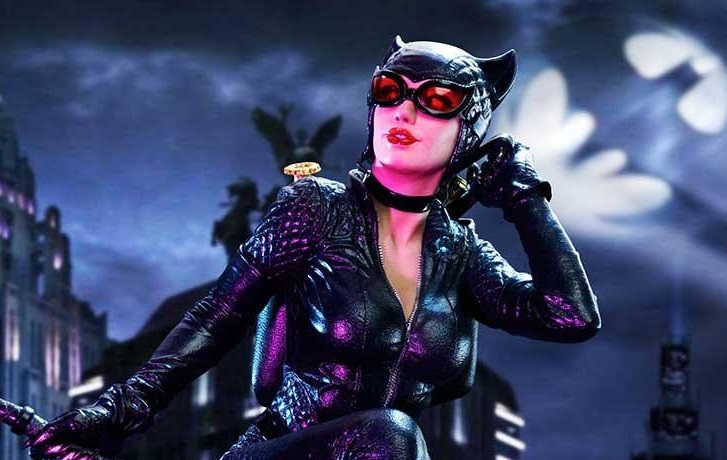 Prime 1 Studio has released details for their latest Museum Masterline statue, which features Catwoman inspired by Lee Bermejo. The one-third scale statue is based on a variant from Catwoman #25 by Bermejo and measures about twenty-seven inches tall. The deluxe version includes multiple heads, arms, and head stands. As with most Prime 1 Studio statues released, there are is an exclusive item available if ordered directly through Prime 1 Studio which features an additional head sculpt with Catwoman not wearing her mask. The statue starts at $1,399 and is expected to ship between March and June 2023. You can preorder the statue directly from Prime 1 Studio for the included bonus part or through Entertainment Earth or Sideshow Collectibles.

“I’ve missed this. The adrenaline rush. The action. The knowledge that money stolen is always better than money earned.”

Prime 1 Studio is both proud and excited to present the latest addition to the pantheon of 1:3 Scale Museum Masterline DC Comics statues: Catwoman Concept Design by Lee Bermejo!

Inspired by Lee Bermejo’s Catwoman #25 variant cover, Catwoman sneaks stealthily over Gotham’s rooftops to take what is hers and no one’s gonna stop her! Selina Kyle’s athletic physique is on full display in this stunning tour-de-force from the talented minds and hands of the Prime 1 Studio stable of artists!

At over 27 inches tall, this lithe statue will delight and entice any collectibles fan: be they Bermejo fans, Catwoman fans or Museum Masterline fans…this statue checks all the boxes! You won’t be able to pick a favorite feature. From the subtle sculpting and painting of her beautiful face…to her cool, clear, ruby goggles…to the couture stylings of her quilted catsuit…every detail and feature is worth a look. She is ravishing in each one of her 360 degrees of view!

The Deluxe version allows you to expand on your Catwoman storytelling by offering three (3) Swappable Heads: serious, smiling or winking…one for every occasion! She can also either be holding her bag of loot or lifting her goggles via her two (2) Swappable Left Arms! Store the extra heads on each of their own head stands for convenience.

Selina is firmly footed on her Gotham City-themed base. She slips past her namesake creature right before she’s about to launch herself into the night with her trusty whip…laden with treasures taken from Gotham’s elite, as they should be!

When the cat is away, the mice will play…but don’t wait for Catwoman Deluxe Version to go away! Pre-order her now to complete your Prime 1 Studio Lee Bermejo statue collection!