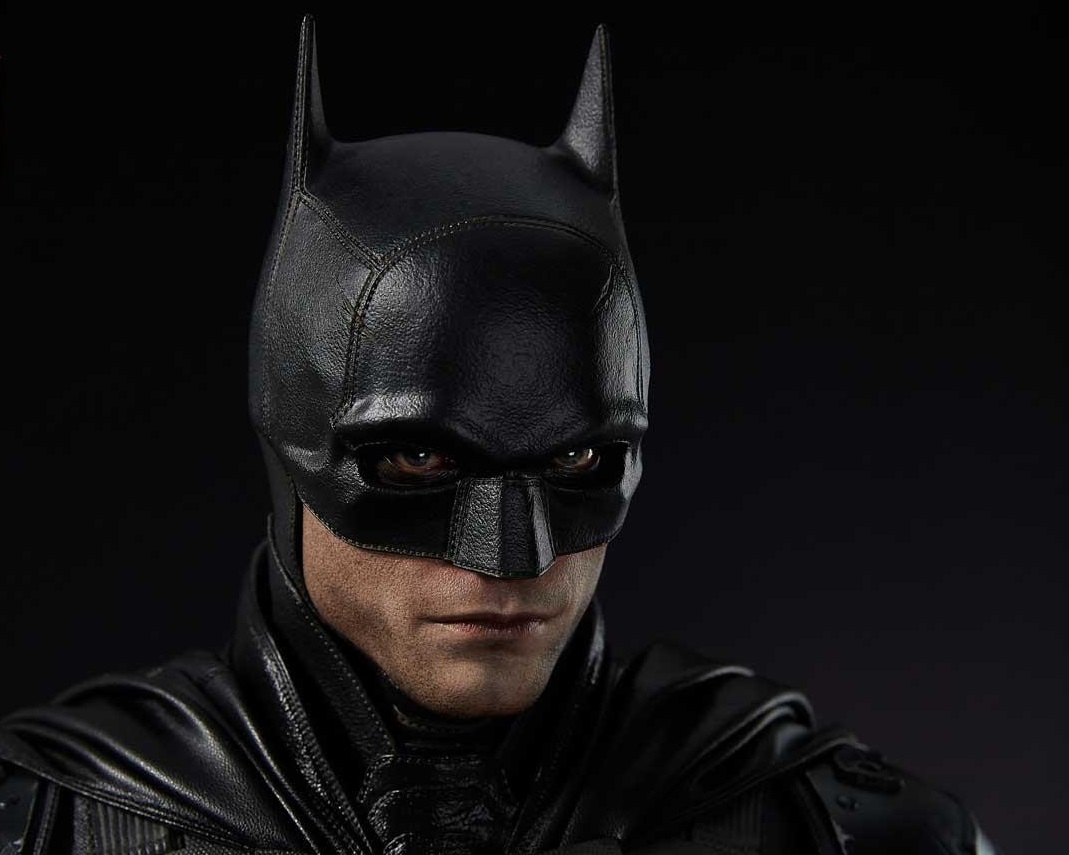 Prime 1 Studio has released details for their latest Museum Masterline statue, which features Batman from the recently released The Batman. The one-third scale statue is based on a pose that appears in a variety of promotional material for the film crafted by the artists at Blitzway. The statue measures about thirty-one inches tall and features amazing life-like modeling, an LED-illuminated themed base, a detachable die-cast batarang on the chest, two swappable heads, and swappable arms and accessories. As with most Prime 1 Studio statues released, there is an exclusive item available if ordered directly through Prime 1 Studio, which features additional arm pieces holding the batarang in one and the grappling hook in the other. The statue starts at $1,599 and is expected to ship between July and September 2023. You can preorder the statue directly from Prime 1 Studio for the included bonus part now or from Sideshow Collectibles or Entertainment Earth.

“Fear is a tool. When that light hits the sky, it’s not just a call. It’s a warning.”

The gritty and exciting film has finally hit theaters and continues to garner rave reviews! True fans of the blockbuster Matt Reeves masterpiece need not go anywhere else for the most definitive and best interpretation of Bruce Wayne, also known as The Batman! Blitzway’s incredible artisans have brought their finest sculptors and most accomplished painters to bring Robert Pattinson’s turn as the Caped Crusader to vivid life!

This 31-inch-tall vision of Vengeance has all the intricate detail and picture-perfect paint of the film! The workmanship on the cowl calls to mind how Bruce Wayne created his suit by hand. Blitzway’s artists made sure to convey a sense of realism to all aspects of the costume. The armor plating on Batman’s body has a texture of ballistic cloth, stretched over hard armor plating, and that is exactly how it looks on this statue.

Although Batman is draped in black from head to toe, our masterful painters were sure to develop definitive painting applications to differentiate one material from another and one piece of the costume from another. The level of crispness in the painting style and the layer of detailing will make fans display this amazing statue in the most prominent places of their fan caves.

The statue comes with a multitude of impressive features: two (2) swappable heads (cowled and unmasked), three (3) swappable right hands, two (2) interactive Utility Belt Pouches with removable Adrenaline Syringes, detachable die-cast Batarang on the chest, removable Sticky Bomb Gun from the holster, and a fabric cape with the visual weight of a full-sized version!

The Batman stands ready to dole out vengeance on a thrilling, high-octane base. It is inspired by the thematic elements of the Batman’s Batmobile and rightly features stunning red LED Illumination that calls to mind The Batman’s overall color theme! The Batman’s iconic bat symbol sits proudly front-and-center, as the film’s title embellishes the back, right under the thrusters.

Pre-Order any one of these captivating The Batman statues and make room in your Batcave today!