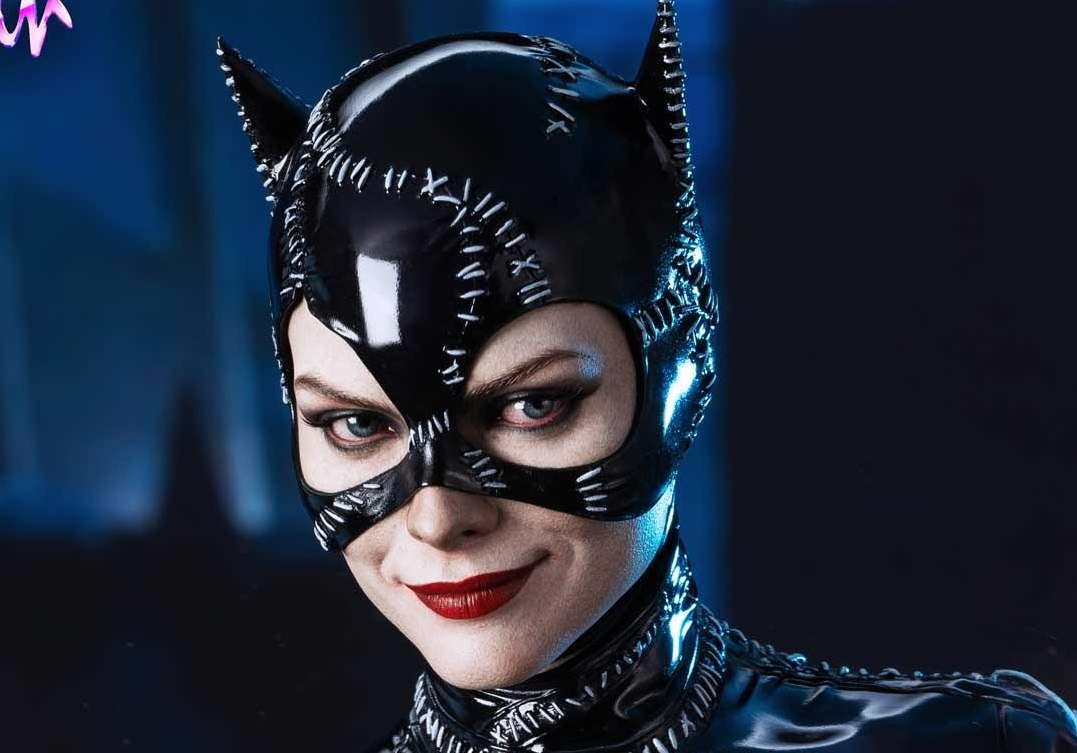 Prime 1 Studio and Blitzway have announced a new Museum Masterline statue based on Catwoman from Batman Returns. The new one-third-scale statue measures about thirty inches tall, along with an illuminated base. The release will be considered a bonus version as if ordered through Prime 1 Studio directly, or certain authorized retailers, a bonus part featuring Miss Kitty is included. It is priced starting at $1,299 and is expected to ship between February and May 2024. You can order the statue directly from Prime 1 Studio or from Sideshow Collectibles now.

“You’re the second man who killed me this week, but I’ve got seven lives left.”
Catwoman to Batman

Prime 1 Studio is incredibly proud to present a phenomenal collaboration with Blitzway, and a long-awaited addition to the Museum Masterline Series: The 1:3 Scale MMBM-05S Catwoman (Michelle Pfeiffer) Bonus Version from Batman Returns!

Prime 1 Studio and Blitzway have surpassed all expectations and have delivered the most stunningly accurate depiction of Michelle Pfeiffer’s Catwoman from 1992’s Batman Returns!

Catwoman is one of the most iconic villains in Batman’s Rogue’s Gallery. And the film’s interpretation is the most famous version of her! Clad in skin-tight latex, and armed with a devastating bullwhip, Michelle Pfeiffer’s Catwoman was irresistible to Batman, and all of her fans!

Prime 1 Studio and Blitzway have achieved the incredible: this screen-accurate depiction of Catwoman is quite a sight to behold. From top to bottom, this interpretation of Catwoman id picture perfect: from her white-stitched, glossy latex cat suit, to her beautiful, subtle smile, to her unassumingly dangerous pose…this Catwoman is the one to own!

Blitzway did an amazing job of creating a playful but perilous look on Catwoman’s face. A quick glance would make one mistake this statue for the actress herself! Seductively beautiful all around, this almost 30-inch tall statue is a feast for the eyes.

The various textures, and finishes of this statue can only contribute to the breathtaking realism of the piece. Hands down, this statue is an instant classic!

And when you Pre-order this Bonus Version from our official online store or any authorized distributor will you receive a cool, extra Bonus Part: you will receive a Miss Kitty figure that you can place on the base next to Selina!

If you are a huge fan of Batman Returns, of Catwoman, or of Michelle Pfeiffer, you owe it to yourself to Pre-order this MMBM-05S Catwoman from Batman Returns immediately before it sells out!