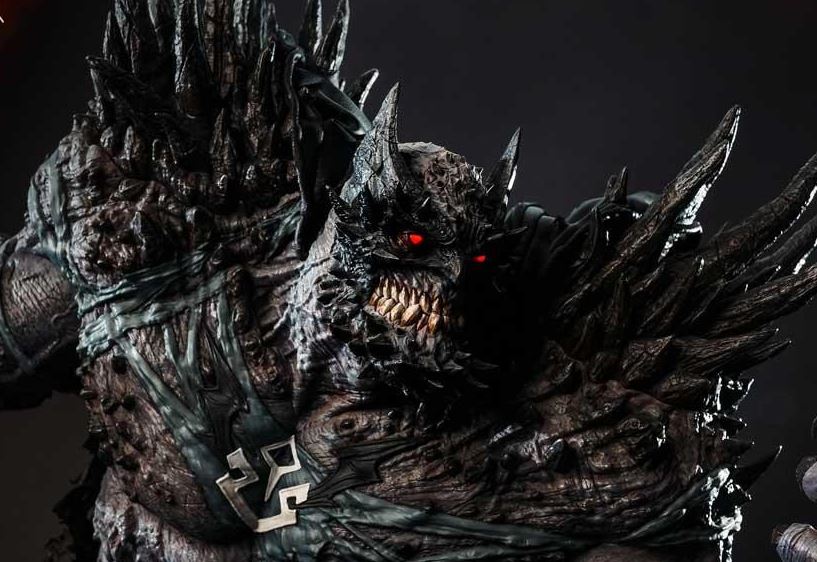 Prime 1 Studio has released details for their latest Museum Masterline statue, which features the Devastator from Dark Nights: Metal. The one-third-scale statue measures about thirty-six inches tall. There is a bonus version available that includes three additional swappable heads and a damaged Superman cape. The statue starts at $1,699 and is expected to ship around between February and May 2024. You can preorder the statue directly from Prime 1 Studio.

“You made them believe. You fooled them into always thinking that you would always be there for them…And that belief is exactly what will drag your entire world to devastation.” – The Devastator to Superman

Prime 1 Studio proudly presents this terrifying 39-inch-tall take on a corrupted Caped Crusader: The Batman of Earth -1…THE DEVASTATOR! Prime 1 Studio’s talented artisans pulled out all the stops with this statue. As massive as it is complex, this is not just a simple Doomsday clone…this is Doomsday with the super-intelligence, martial arts mastery, and strategic guile of Batman…combined with the super speed, super strength, and durability of Doomsday.

As The Devastator was borne out of a Doomsday Virus-infected Bruce Wayne, this hulking monstrosity is shown with the shredded remnants of Batman’s uniform. The Devastator comes with a poseable fabric cape…one of the last remaining vestiges of a Batman gone bad.

This Deluxe Bonus Version comes with not one, but three (3) swappable heads to extend The Devastator’s emotional range as he ravages the Dark Multiverse! What’s more, when you pre-order this Bonus Version from our official online store or any authorized distributor, you will receive a cool, iconic & extra Bonus Part: The torn and damaged remnant of Superman’s cape!

The Devastator stands threateningly on a rocky, alien outcropping of stone and bone, set into a craggy, weathered gargoyle built out of masonry. Nestled between his feet is the Kryptonite Spear that proved useless against a marauding Man of Steel.