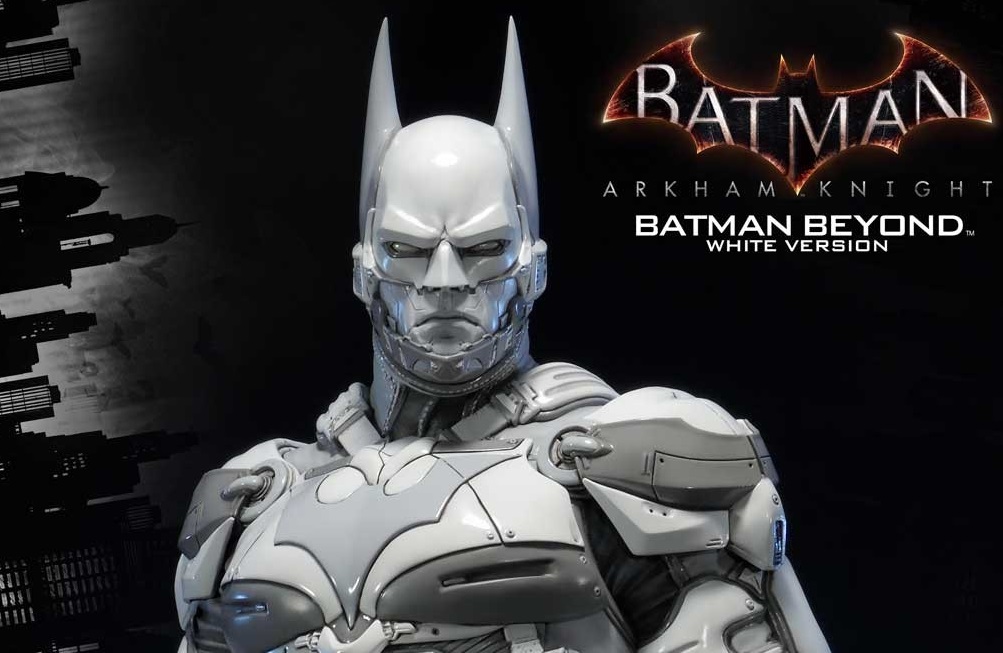 Prime 1 Studio has revealed their newest statue that is immediately open for pre-orders. Based off the Batman Beyond skin appearing in Batman: Arkham Knight, this new variant will release between November 2018 and January 2019.

Prime 1 Studio is proud to present MMDC-10WT: Batman Beyond White Version from the Batman Arkham Knight. Inspired by the suit of the Batman of the future, Terry McGinnis, from the show Batman: Beyond. Terry was confirmed to take over as Batman after an elderly Bruce Wayne, who is his mentor in this continuity. Preorders now for a release between November, 2018 and January, 2019.