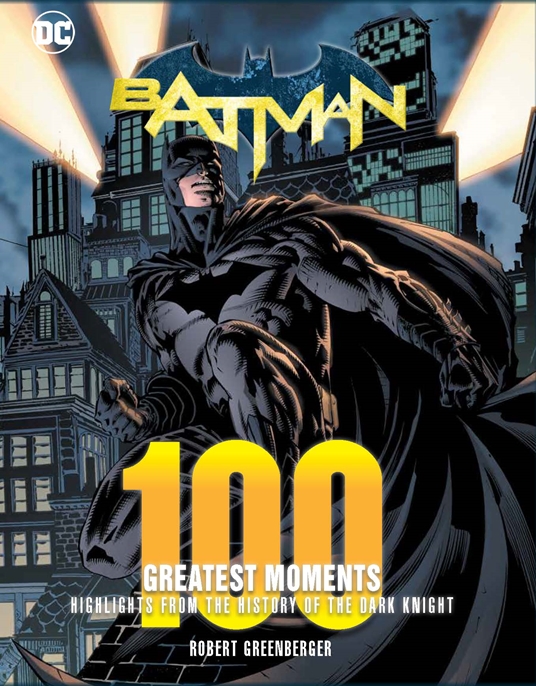 The Quarto Group has announced that a new title will be released focusing on the best moments of Batman’s storied history. Written by Robert Greenberger, the new title will feature one hundred highlights from the eighty years since Batman was first conceived.

Rober Greenberger also wrote other recent entries for the DC Universe including DC Comics Super Heroines: 100 Greatest Moments and DC Comics Super Villains: 100 Greatest Moments, both of which we have previously reviewed. He has also written a number of other Batman focused books including The Essential Batman Encyclopedia. Prior to a lot of the books featuring the Bat-Family, Greenberger also worked for DC Comics as an editor and worked on various comics over the years.

Batman: 100 Greatest Moments: Highlights from the History of the Dark Knight will release in stores and online on October 1. You can pre-order your copy of the title over on Amazon.