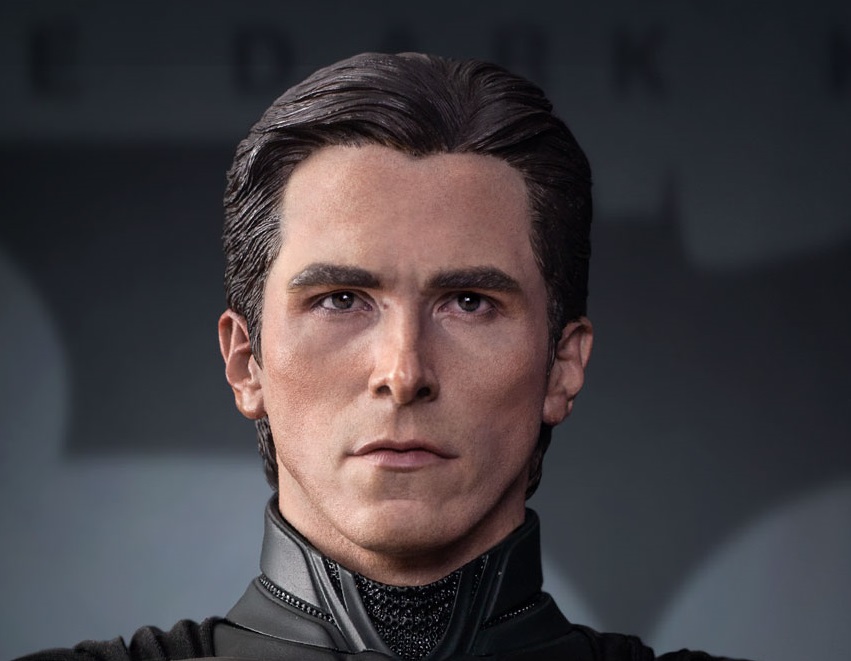 Queen Studios has released details for their latest statue featuring Batman in a one-thrid scale from The Dark Knight. The statue measures twenty-seven inches tall and features a fabric cape with three different purchase options with different faceplates. It is priced at $1,149.99 for the Regular Edition (just has a masked cowl portrait), $1,299.99 for the Premium Edition (features the masked cowl and unmasked Bruce Wayne portraits), and $1,499.99 (features the masked cowl, unmasked Bruce Wayne, and an unmasked Bruce Wayne with artificial rooted hair) and is expected to ship during the end of 2020. You can preorder the statue at either Big Bad Toy Store or Speculative Fiction Collectibles.

“It’s not who I am underneath, but what I do that defines me.”

With the successful delivery of the Queen Studios 1:3 Heath Ledger Joker, the 1:3 Dark Knight Batman has finally arrived, ready to fight the Joker and save Gotham City.

Base: There will be two versions of the base: The first base will come with the 1:3 Dark Knight Batman statue, and will allow the statue to be displayed alone. The second base will give collectors the option to display the Dark Knight Batman with the Heath Ledger Joker. Both statues have been designed as stand-alone pieces, but you can also recreate the famous interrogation scene from the Dark Knight movie.