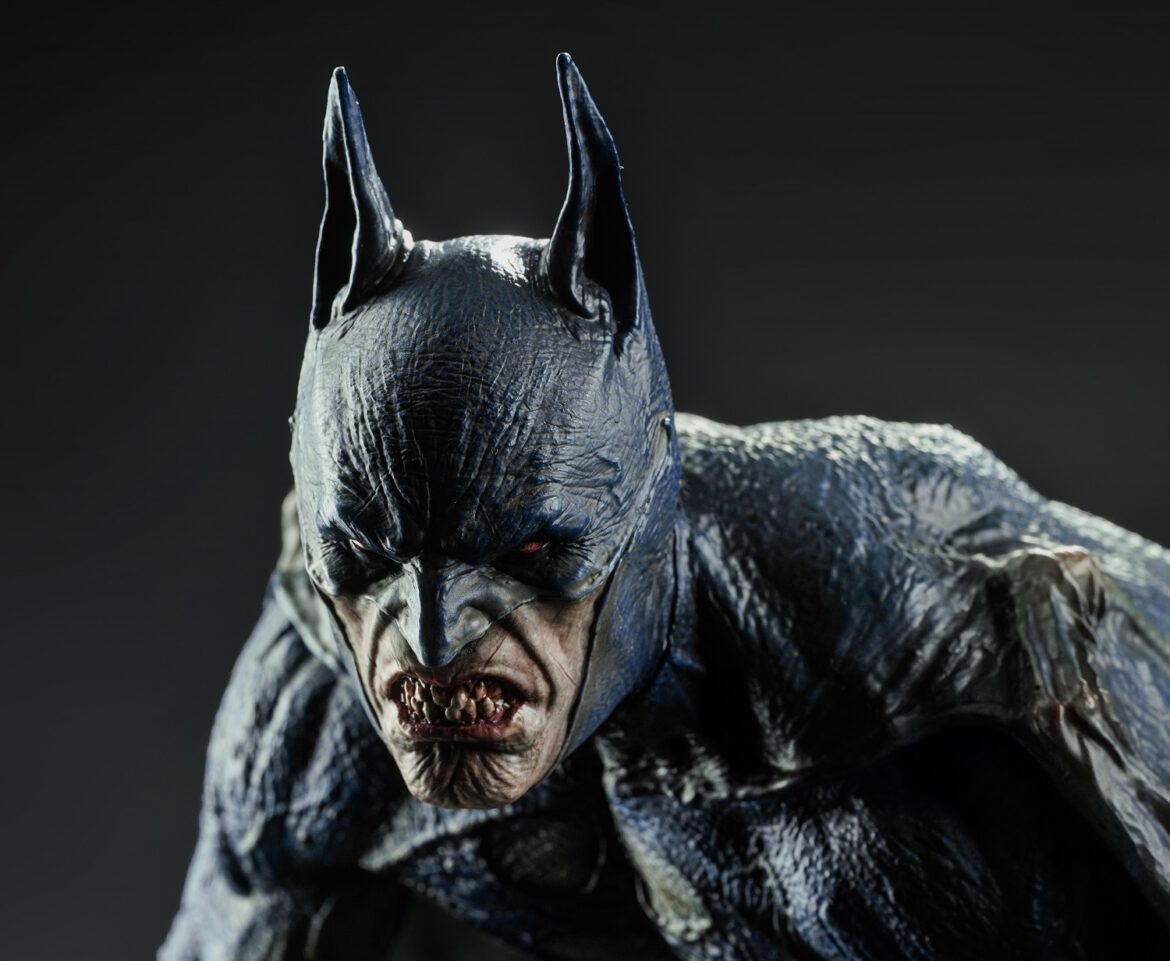 Queen Studios has released details for their latest statue which features a vampire-like Batman based on his appearance in Batman: Bloodstorm. The one-fourth scale statue measures about twenty-eight inches tall and features multiple switchout head sculpts as part of a premium version. It is priced at $565 for the regular version or $640 for the premium version and is expected to ship between January and March 2023. The statue is exclusive to certain parts of the world, but you can check if you can preorder it by heading over to Queen Studios.

ABOUT THE CHARACTER: Bruce Wayne died when Batman destroyed Dracula. Now with only one side of his dual life left to take care of, he roams the streets of Gotham as a vampire, attempting to be the savior of the innocent while controlling his lust for blood. As the Joker takes over what’s left of Dracula’s undead disciples, Batman must choose between the preservation of his own soul and the survival of Gotham.

ABOUT THE STATUE AND BASE: This 1/4 scale demonic Batman statue stands at 72cm tall and depicts the Bat perched on a gravestone base like a gargoyle. His eyes are red with rage, his skin ripples with the blood of his enemies pumping through his veins. The bat-like wings hang behind him stretching to the ground, a terrifying site to behold. Not for the faint of heart, this Bloodstorm Batman statue comes in two editions, featuring equally demonic switch-out head sculpts.