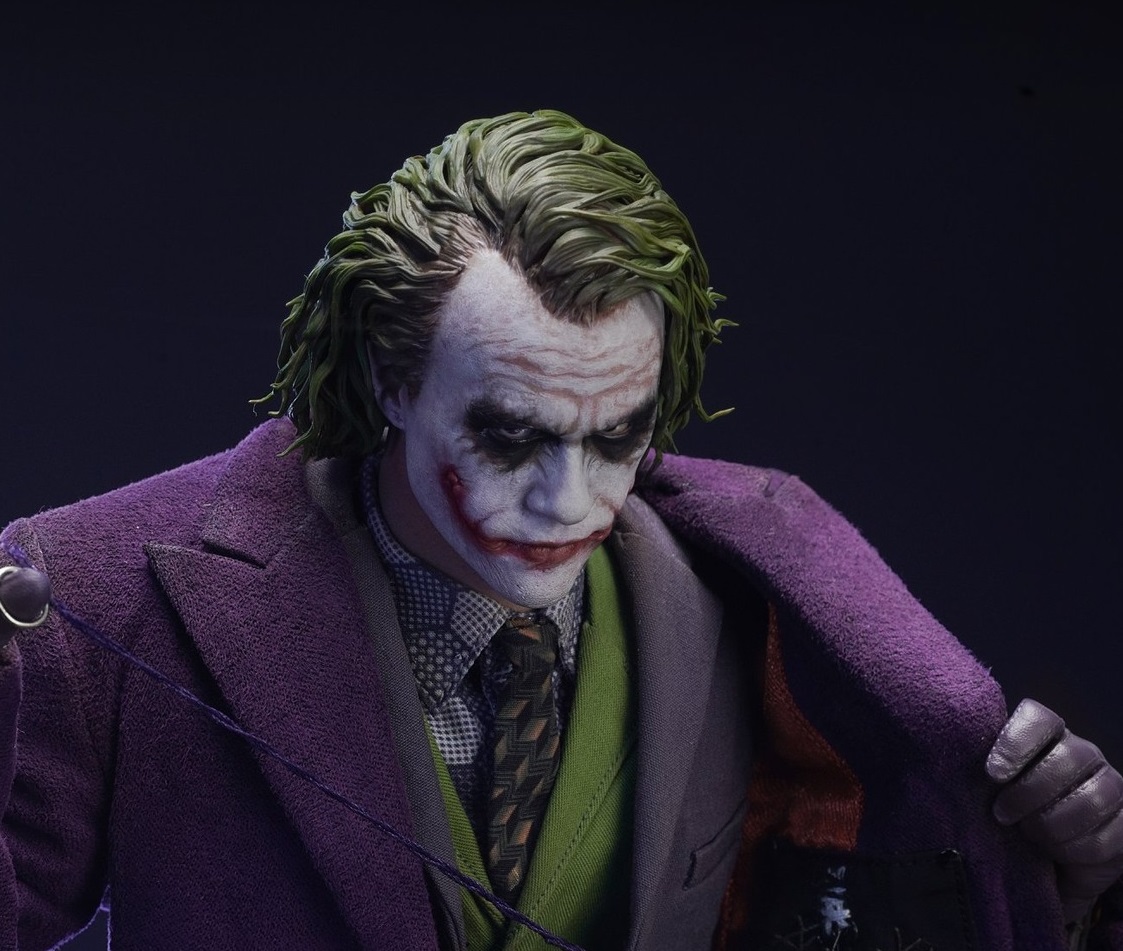 Queen Studios has released details for their latest collectible figure which features the Joker from The Dark Knight. The one-sixth scale figure measures about fourteen inches tall and features a cell backdrop. There are three different tiers available for this figure. A standard edition- a single standing figure, a premium edition with a sitting and standing figure with sculpted hair, and a deluxe edition with the sitting and standing figures with rooted hair. It also features multiple left and right hands, weapons, and accessories. The standard edition is priced at $310, the premium edition is priced at $590, and the deluxe edition is priced at $999. Queen Studios does not have a release date listed at the moment, but if you are located in mainland China, you can preorder it now.

About the Character: With the help of Lieutenant Jim Gordon and District Attorney Harvey Dent, Batman keeps a tight lid on crime in Gotham. That is until a vile young criminal calling himself the Joker suddenly throws the City into chaos. This new criminal mastermind gives Batman his biggest psychological and physical test yet as the caped Crusader begins to tread a fine line between heroism and vigilantism.

About the Figure: Queen Studios’ InArt The Joker 1/6 scale figure is taken from The Dark Knight. Thanks to magnetic joints and realistic prop accessories, you can pose The Joker to recreate some of your favorite scenes from the movie. These switch-out props make this 1/6 scale figure much more customizable than Queen Studios’ previous collectibles. The InArt team has chosen two iconic scenes for this sixth scale The Joker figure. One scene captures the Clown Prince of Crime sitting in his jail cell. While the other captures the character as he interrupts the mobsters with his ultimatum.