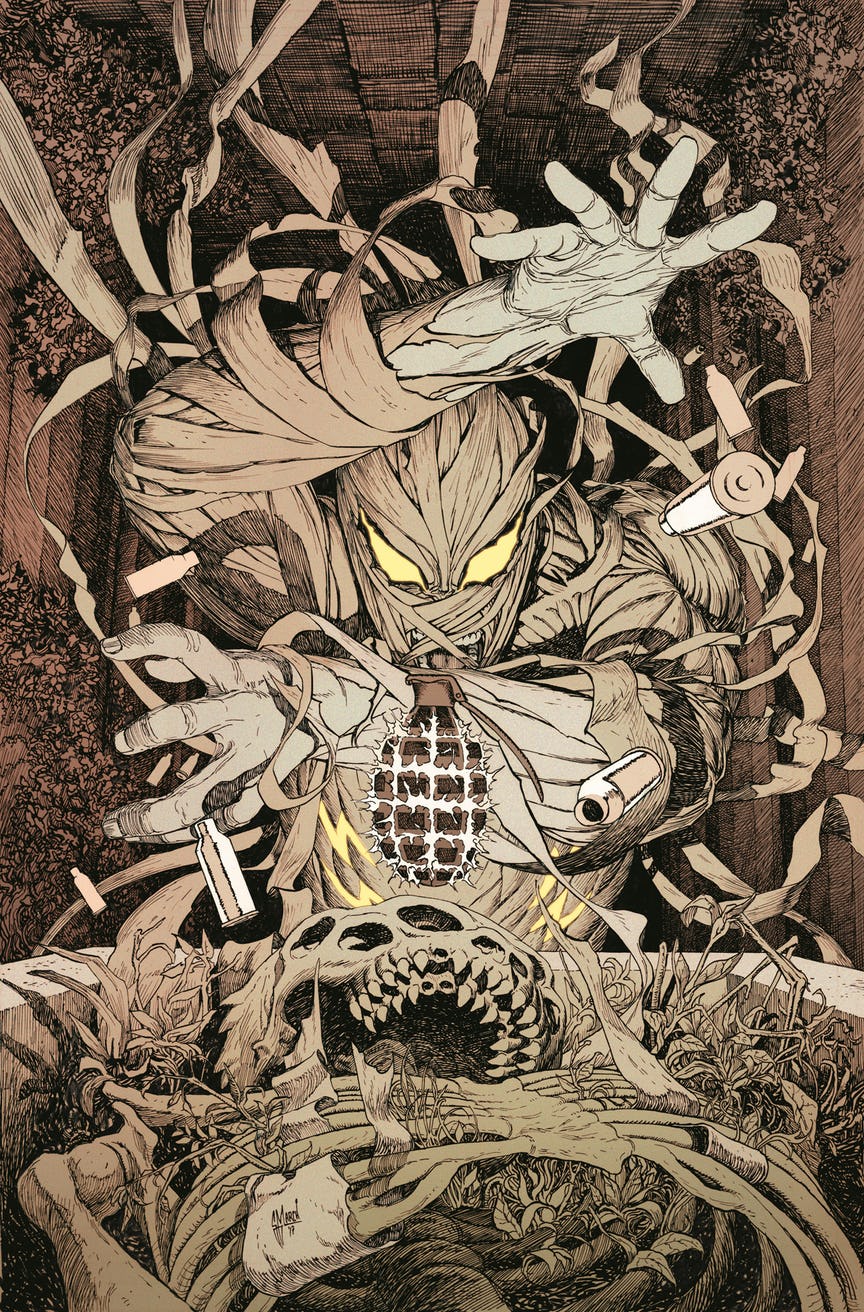 File this one under unexpected announcements. Fresh off his appearances in the most recent season of Arrow, CBR is reporting that Ragman is getting his own six-issue mini-series from writer Ray Fawkes (Batman Eternal) and artist Inaki Miranda (Harley Quinn).

For those unfamiliar with the character, Ragman is the alter ego of Rory Reagan, created in the mid 1970’s, a war vet who dons a tattered suit imbued with the power of deceased souls. His powers include enhanced strength and an affinity for magic. Sounds like someone would make a perfect addition to Justice League Dark.

The new series looks to keep Reagan’s status as a veteran, but update it from the Vietnam War to a more modern setting. According to the official description:

War vet Rory Regan is plagued by the death of his time after a failed mission to find a hidden treasure in the Israeli desert. While battling survivor’s guilt back home in Gotham City, Regan discovers that he actually bought the treasure back home with him, in the form of the Suit of Souls. The Suit of Souls has the ability to trap and collect the souls of others, including those of his dead partners.

With the aid of his dead teammates, Rory begins to learn more about the abilities of the suit, when something evil begins to brew in Gotham. An evil demon from hell wants the Suit of Souls, and is sending his minions to retrieve it for him. Now Rory must learn how to use the suit and its powers to stop these evil forces from invading Gotham City before it’s too late.

With Ragman’s move to Gotham, can we expect cameos from members of the Bat-Family? We’ll find out when the first issue hits October 11.