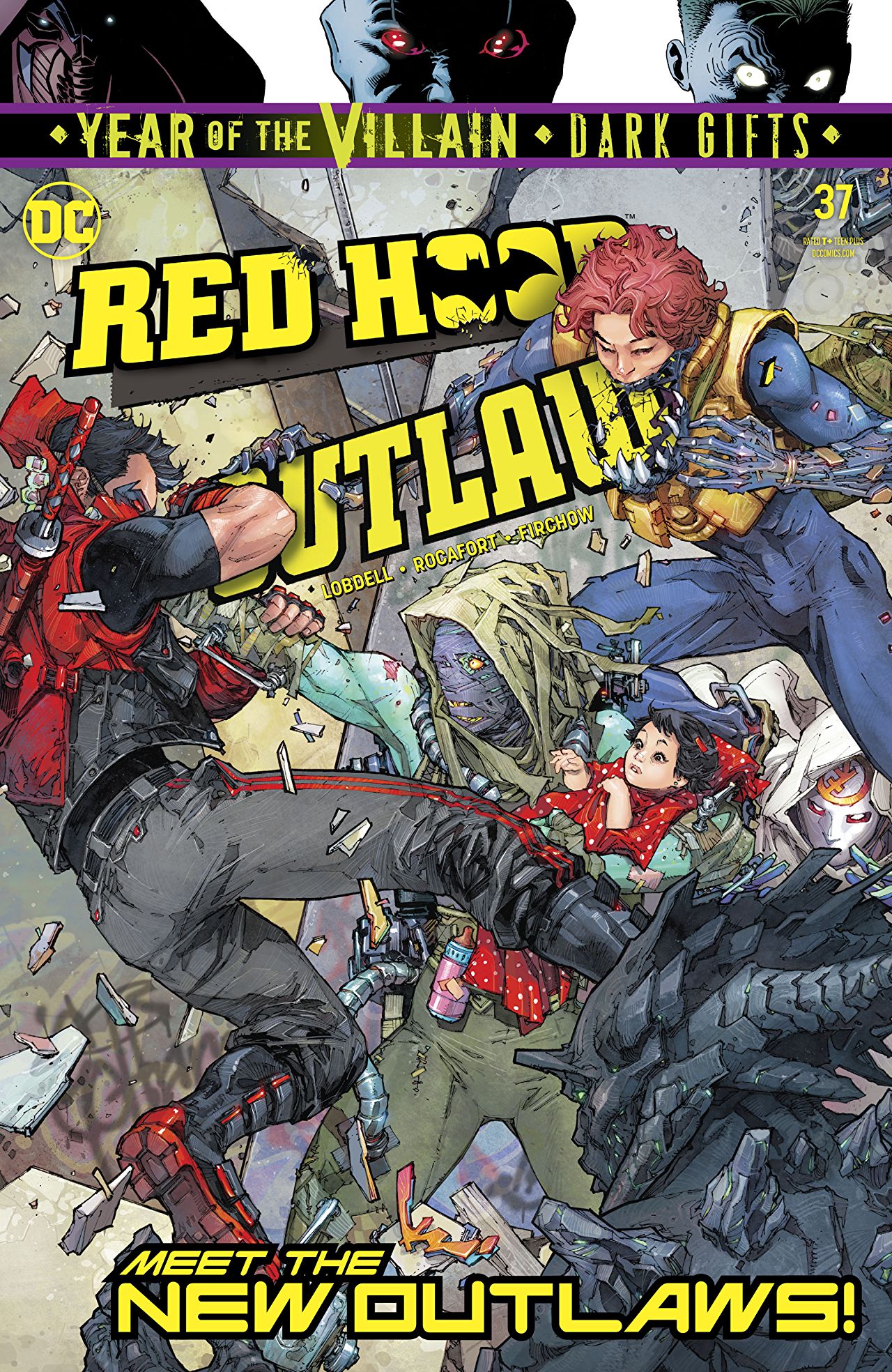 Overview: Jason opens his school for the gifted, and opens a new chapter in his life.

Synopsis (spoilers ahead): We open up with an introduction to a new school Jason has started up, with a small class of four students. Babe in Arms, a sentiment baby being protected by what they call their “mother”. Cloud 9, a spunky girl who can dissolve into and manipulate the weather. DNA, an agender chimera monster that has genetically modified their body to look like Lovecraft’s wet dream. and Devour, a tech-savvy kid with the ability to devour and regurgitate anything with a wormhole-like mouth. The kids all start backtalking Jason and questioning his actions, so he decides to kick their buts to prove his superiority over them.

Before he can make quick work of their insubordinate butts, we get a flashback to two weeks ago to learn just why all this is happening. It seems Lex Luthor wants to train the next generation of supervillains and wants to offer Jason the chance to teach these kids. Jason meets Dr. Shey Veritas, the smartest woman in the world, who is helping him manage this project. They discuss their motivations for participating in this project even though they both are technically good guys.

After that we flashforward to the present day and we see a very active and creative fight where Jason singlehandedly takes down a team of superpowered teenagers, taking advantage of their lack of experience and teamwork. We, along with Jason, learn more about what their powers are before we transition to take a peek into what’s going on with Artemis and Bizarro, who just came back to their original world after being gone for so long all in the last issue. Right now though, Bizarro is using yoga and meditation (courtesy of Artemis) to access some of his lost intelligence and remember things. We leave them with Bizarro attempting to remember a person they left here before.

Coming back to our class of misfits, we see the class interacting amongst themselves. Babe seems to have a crush on Jason, Cloud 9 is a bit of a girly-girl, while we learn DNA is agender, ignoring traditional gender binaries since they are basically just an amalgam of different biologies. DNA and Babe get into a fight and Devour is forced to intervene, revealing their own personal motivations for coming to this school (it’s to study the building they are living in). They seem to settle down a little, and it seems Devour and Babe have exchanged notes because Devour ends up using a new technique, courtesy of a suggestion from Babe, to use their power to act as a multi-spatial doorway, teleporting the group to a new location at Jason’s request.

Here we get introduced to the fifth and final member of the team, who seems capable of holding the previously intangible Cloud 9, ending the issue with some impending danger for them all.

Analysis: Since this is the beginning of a new ensemble story, lets go over each of the different characters one by one.

Jason is his normal self, nothing much has changed for him. I don’t see Lobdell giving him any character growth considering everything else that’s happened, but I look forward to him taking on the role of a role model/mentor-figure for this class of misfits.

Babe in Arms is an interesting character. They seem to have a genuine affection for their “mother”, if they even are their real mother, and seem capable of attraction. But they are a baby. I’m curious to see what their backstory is, what led to them becoming the way they are. Are they stuck in this body? Will it grow up like a normal baby? Is Mother a sentient being or just a mindless terminator? They seem to be getting along with Devour, so will they have a friendship from this all?

Cloud 9 feels mostly innocuous, but their power set is creative and I look forward to seeing what Lobdell does with her. Is she a metahuman or a lab experiment? Why is she concerned with her appearance, unlike the others?

DNA feels like a possible stand out for the cast. They get along well enough with Jason and being agender will bring an interesting dynamic with the rest of the group, I just hope their identity doesn’t exclusively devolve to “I am an agender monster person”. It will be nice if they get some development.

Devour feels destined to die first in this story. I don’t know. Maybe I’m just being weird, but they feel like they are being written in a way that is setting them up to get killed in order to cover up some greater conspiracy or at least be taken out of the picture for a little while.

Artemis and Bizarro? I’m glad these two are back in the story, but nothing much has happened with them yet. Looking forward to the next issue just to see what happens to them at least.

Final Thoughts: Where’s the random kid who can speak to ghosts from the Annual?