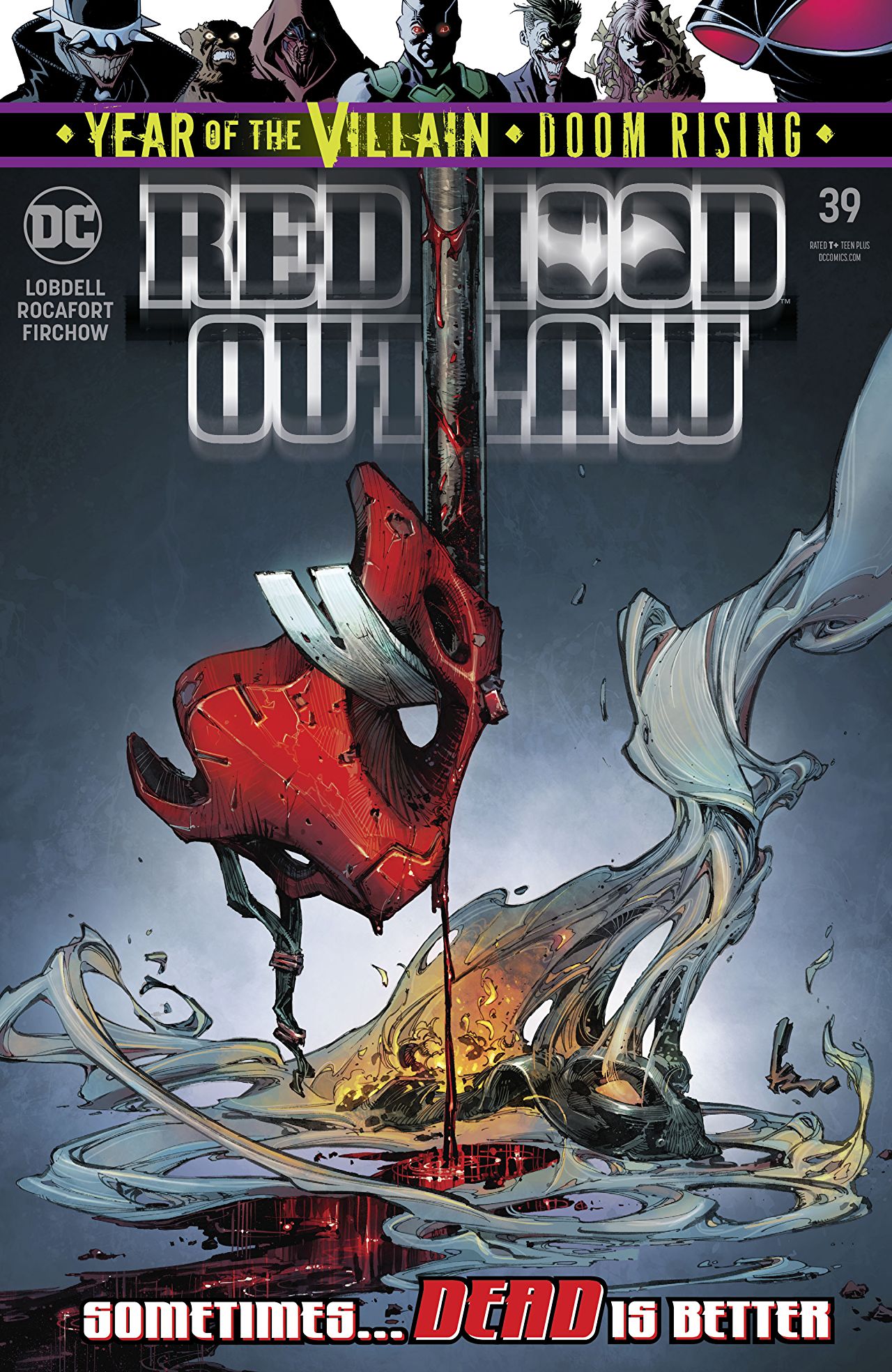 Synopsis (spoilers ahead): Despite what the cover of this comic would show, nothing nearly as hardcore as the image on it will get revisited in this issue. So don’t be expecting Jason’s mask getting smashed up by a crowbar any time soon.

Instead, we open up on the “Monster Men” making their appearance and the leader of them all “Monster Arm” monologuing about how they all met up on 4chan or whatever before Jason just shoots the guy in the shoulder. The kids then follow Jason’s orders and jump into action, engaging the enemy in some decently choreographed fight sequences.

Doomed is the first to jump in, defending Babe in Arms from a monster attack, and Cloud 9 handles her own opponent rather easily. DNA ends up getting grabbed by two monsters, but Devour and Babe in Arms run in to aid her. Cloud 9 plays clean up duty by whipping up a thunderstorm in the middle of the lab, while Doomed goes to check on DNA.

Monster Arm tries to control the situation, but he’s nothing and the bigger problem becomes Cloud 9 as her power starts to grow so wildly that she becomes power-hungry and wants to take over the world. Jason sends Devour to calm her down and she zaps him with a lightning bolt. Luckily that was what we needed to happen, as the sudden energy-drain snapped Cloud 9 back to her senses.

Jason assesses the situation and checks on the well-being of Devour and the other kids. Devour makes a weird comment about “his people” (he’s Korean, not an alien, so does North Korea have a different meaning for “internal bleeding”?). Jason then finishes off Monster Arm and asks the team what they should do with him. They all want to kill him, but Jason just piles them into a giant heap and I assume leaves them for the authorities, I don’t know as it’s not made clear.

He offers Doomed a place on the team and the kid accepts, but the team can’t go home. Someone has seized the command tower that they were living in, forcing them to go on the run.

Meanwhile, Bizarro and Artemis are taking care of a normal-sized Ma Gunn and trying to figure out how Pup-Pup could be walking and talking. We learn that he’s the artificial consciousness Bizarro invented when he was super smart, who transferred its mind to a stuffed-doll before the whole place collapsed into subspace.

Then the subspace prison they were in begins to collapse and they find themselves in Mexico, at the site of the laboratory that both Artemis and Jason have demolished without the other knowing they were also there. Then they see the giant lime green symbol in the sky that’s appeared at the end of every comic this month.

Analysis: This was mostly a popcorn issue, but that doesn’t make it bad. There was actually some coordination between the fights so that it felt like the fights mattered. Devour is given some character development by having him learn to work together with everyone and try to help his teammates. There is also some romance or deep friendship blossoming between DNA and Doomed due to their connection last issue. Babe-in-Arms didn’t really get much character development still, they haven’t had much to do since the first issue. Out of the team, she seems to be the most superfluous, especially since both she and Jason use guns. I’m wondering if Lobdell is realizing this himself with how limited she’s getting used. Hopefully, her intelligence gets to be given more screen time next time so she can differentiate from the rest of the team. Cloud 9 didn’t have much development in this issue either, but she at least had some good action moments. I feel like she’s especially being saved for more downtime moments next issue when the combat has died down.

Jason himself was adorable this issue, trying to use big-sounding words to sound smart and teacher-y, and then questioning himself in his internal narration, wondering if he used the words correctly. The sort of slapstick comedy routine with Monster Arm was predictable, but they only did the joke a few times so it didn’t get worn out of use. The other monster men were super pointless except as random enemies to beat up. We even had a metal monster man? Even though they were all genetic experiments, but I guess we needed a joke where Devour eats one of them because he eats metal.

The stuff with Artemis and Bizarro felt really rushed. The first issue of this arc began with them trying to figure out how to fix Ma Gunn and get out of their subspace prison, the next issue had Ma Gunn being broken out of her bottle and Pup-Pup appearing out of nowhere, and now this issue just has Ma Gunn back to normal for no reason and the subspace prison shattering for no reason. Their entire mini-arc feels unbelievably pointless at the moment, and just as a way to fill up page space for a comic that doesn’t have enough space for it.

Final Thoughts: Overall, this was a serviceable comic and a decent read, just not much important happened. If you are currently reading the comic, no need to stop. If you want to get in, I suggest going back a few issues first and starting from there.