Review: Red Hood and the Outlaws #34 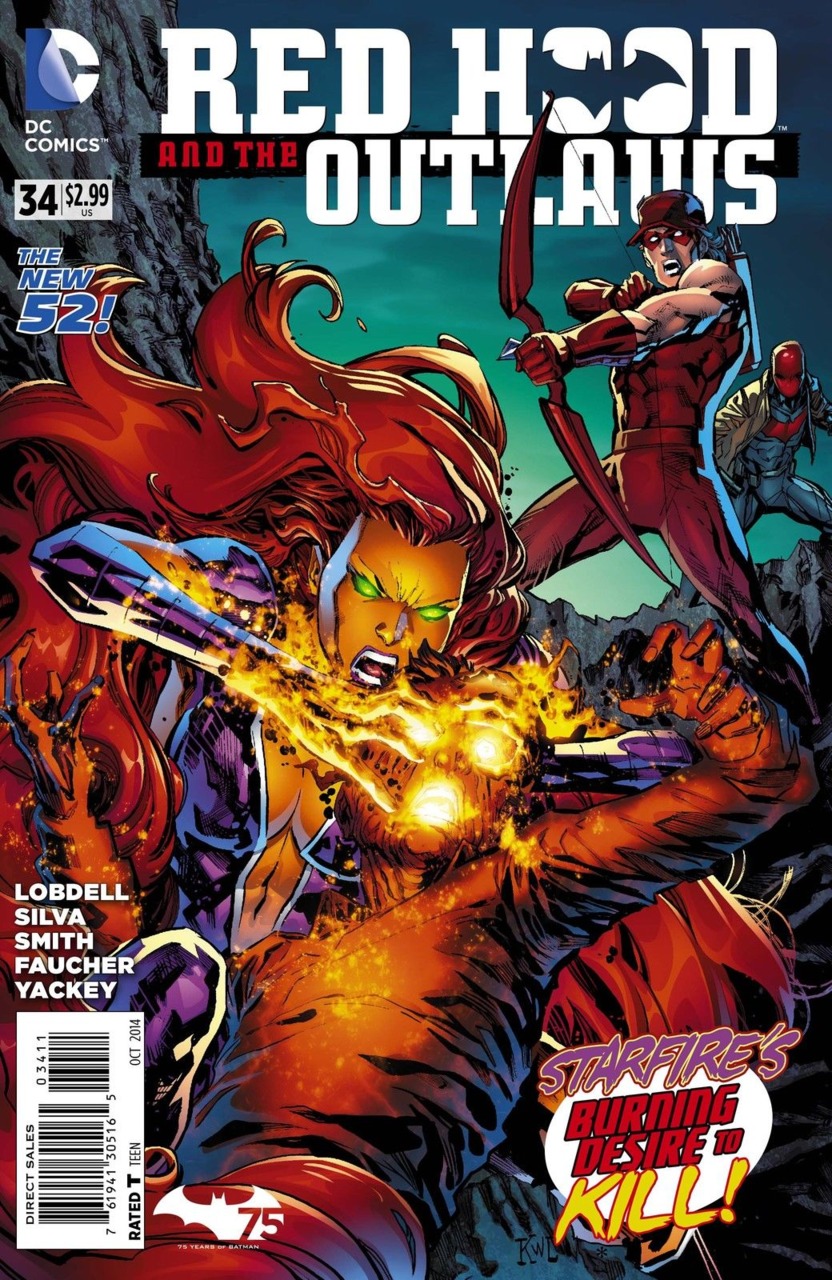 Scott Lobdell has been impressing me with his Red Hood and the Outlaws since he re-took over. He has injected a lot of fun in the book, and this issue is no different. The storytelling is still kinda dark. But it’s the tone, and the dialog between the characters that makes it fun.

RB Silva’s art work is just awesome. Every time I read his stuff, I can’t get over how great it is. The way he captures emotion, is just beautiful. There is even one scene where he places the panels inside a silhouette, and it looks so freaking awesome. And Matt Yackey’s colors make it pop even more. Towards the end, there is an art change, which I’m not a big fan of, but it was decent. Probably made me enjoy Silva’s part even more.

Best part of all, we get to see what’s going on at SHADE with Ray Palmer and Kirk Langstrom – DC’s science bros. I really would like to see a monthly comic book about these guys. It would be freaking amazing.

After attacking a bunch of aliens in disguise at Abu Dhabi in last month’s issue, Starfire was attacked by a giant alien creature. She takes him out easily, and demands that he tell her when his former over-lord is located. After she promises to put him out of his misery, he tells her where.

Meanwhile, at the Ant Farm, Langstrom, Palmer, Arsenal, and Jason are trying to find Starfire. Roy uses their tech better, and finds her.

We see Starfire has found the over-lord, who is an older man, that now has a family. Starfire knows that this is the man who captured her and enslaved her, and many others. She takes him outside to execute him, when Roy and Jason show up to stop her. They talk her out of killing this man, for reasons I don’t quite understand. These guys do kill. She flies off, and out of guilt, this man takes one of Arsenal’s exploding arrows, and blows his head off with it.

Starfire goes back to the Outlaw’s base, and does I-don’t-know-what, and is laying on a beach…