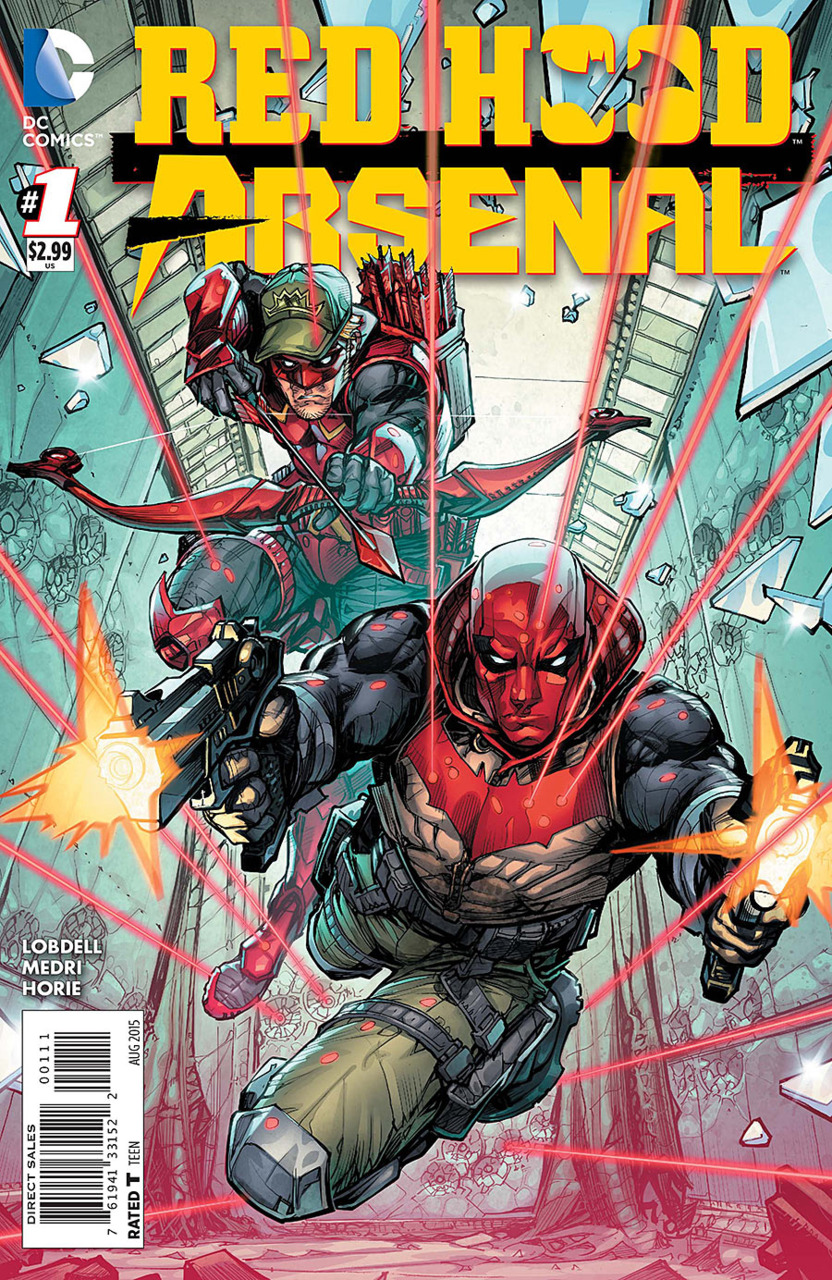 This was one of my favorite issues of the week. It was full of humor as well as surprises and the simplicity of the plot was something that actually helped the overall narrative.

The book begins with Arsenal on a stakeout of a deal between “the most powerful fixer in Washington” and the Senator she works for. The deal is for the safe return of a CIA agent. Red Hood tries to call the unnamed mediator of the deal to let her know it’s set up from the beginning but she hangs up on him because she won’t work with him unless he is with his boss. True to his word the deal goes wrong and he has to intervene by blowing up one of the SUV’s with one of his exploding arrows.

There are several funny moments where Arsenal gets called “Arrow-Boy” and is even told that he isn’t recognized unless he is paired with the Red Hood. It makes me feel bad for the guy. Roy Harper just can’t get no respect.

A fire fight ensues and in the confusion, the senator gets shot down and the mexican cartel muscle has the previously unnamed female agent at gun point. Out of nowhere the senator pops up alive with two glocks and fires at the cartel muscle putting him down surprising Roy in the process. It becomes immediately apparent that the Senator is Red Hood wearing a hologram disguise which is one of the coolest things I have seen in comics in a long time.

There is of course some great banter between Roy and Jason and they decide to keep the money for the exchange of their help with retaining the CIA agent that was being dealt for. They are then given a card and asked if they would ever be interested in going legit. They laugh at the notion.

We fast forward to next week and Jason and Roy are in Paris taking on heavy gun fire back in the saddle again. Roy asks Jason if he is having fun and Jason insults him with a sarcastic response as the issue ends.

Man this was a fun book. I love this pairing. I think Starfire being away from the two will definitely be a game changer and for the better as the attitude with her around was more or less distracting in my opinion because both Roy and Jason were dating her on and off. I can’t wait for the next issue.