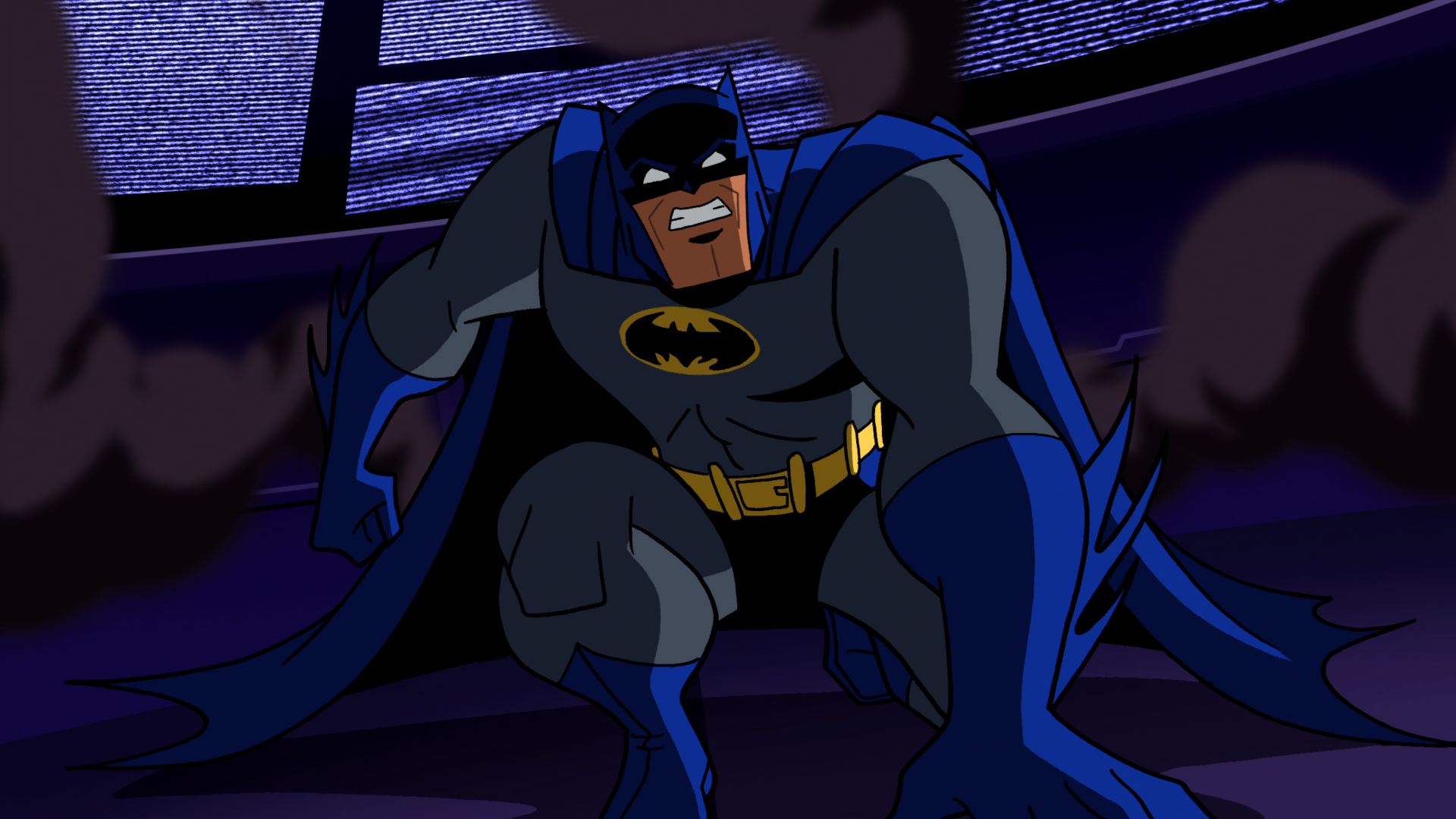 Last Friday, the second to last episode of the first season for Batman: The Brave and the Bold aired on Cartoon Network. The episode featured the Outsiders with a teaser of Green Arrow and Catwoman. Tiggerbrown and rhine1784 both weigh in on the episode. Let's start off with rhine1784:

Synopsis: Batman must enter the mindscape to save Black Lightning, Katana, and Metamorpho from the evil Psycho Pirate.

The teasers reveals Batman and Green Arrow captured by Catwoman and her henchmen after she has stolen two golden feline statues from a local museum. The bat/cat banter and flirting is thick and enough to make Green Arrow lose his lunch. Catwoman narrowly escapes after the heroes retrieve the statues but not before leaving her digits for the Caped Crusader.

I’ll admit I’m not a huge Outsiders fan, but I have enjoyed them in this series. Batman meets up with Psycho Pirate who has the team trio under his power via nightmares to gobble up their anger. Batman joins in the fun to save them “yeah in their dreams”, no I’m serious in their dreams. Each Outsider must face their demons with “happy thoughts” to combat Psycho Pirate. I guess even Batman has a few happy thoughts to pit against his villains. While a bit darker than most BTBTB episodes, for me it was just an average episode. The animation and voice work were excellent, but I felt the story lacked a little “meat”. Good thoughts in, bad thoughts out.

I always have to remind myself that as an adult watching cartoons, I am in the demographic minority. There are definitely animated series geared toward college students and adults, but for the most part, and in particular superhero shows, they are made for kids. BTBTB is one of those cartoons. Yes, there is the occasional episode like Music Meister or the one with the comic-con scene that infuse child like adventure with a bit of tongue and cheek wit. But even with the “camp” style, the dialogue and stories are written at a level reminiscent of the New Adventures of Batman from the 70’s, rather than BTAS. And of course that’s ok. If we don’t give our youngsters a Batman they can identify with, who is going to be listening to Dustin and the gang ten years from now? (Hey, I grew up with a towel clothes-pinned around my neck pretending to be the animated Adam West or Olan Soule Batman, and look how I turned out 😉

The second to last episode of the first season revisits the Outsiders and uses the villain Psycho Pirate as a means to explore the origins and motivation of the three Outsiders. Metamorpho, Katana, and Black Lightening are all portrayed as young teens in this series. Appropriately, the themes of rage, guilt, and revenge vs. justice are all explored with very simple, straightforward storytelling.

We all know Psycho Pirate as the rage feeding mind manipulator from Crisis on Infinite Earth, Infinite Crisis and now Blackest Night. But for trivia sake, his first meeting with the Outsiders was in the Outsiders Special “From here to Infinity” from 1987.

Metamorpho has never been one of my favorite comic book characters, but I love his tragi-romantic depiction in the Justice League animated series. BTBTB gives us a one dimensional version of the JL characterization. Psycho Pirate is able to channel Metamorpho’s rage by praying on his insecurity of his freak like physical appearance. In classic 70’s cartoon fashion, he realizes his appearance and abilities are what bond him with the other Outsiders and make him a hero.

Black Lightning’s rendering is the least successful of the three Outsiders. He is relatively just an updated version of Static Shock. His enraging from people’s daily pet-peeves doesn’t work. I think it was this episode’s attempt at humour, but even the tiniest of tots wouldn’t find BL’s nightmare scene humorous.

I like what the writers did with Katana. From a storyteller’s perspective, her character and the guilt she felt over her Masters death was the most compelling and complex. Batman’s interaction with Katana is also the most successful of the three. Rationalizing her role in her Master’s murder, and mentoring her on the importance of justice over revenge worked quite well.

Batman himself is mainly used as a mentor to the three young heroes. Although, the best line of the episode does come at Batman’s expense. To defeat Psycho Pirate, Batman focuses on thought of happiness rather than fury. As the story is about to end the Outsiders ponder out loud, “What are Batman’s happiest thoughts”? Great question for debate isn’t it?

Inside the Outsiders was far from my favorite BTBTB episode. Maybe if I was still twelve years old, which would surely give me a more objective opinion, I would have appreciated it more.

Having watched the episode myself, I will agree with both of them. It was an ok episode but nothing to write home about.