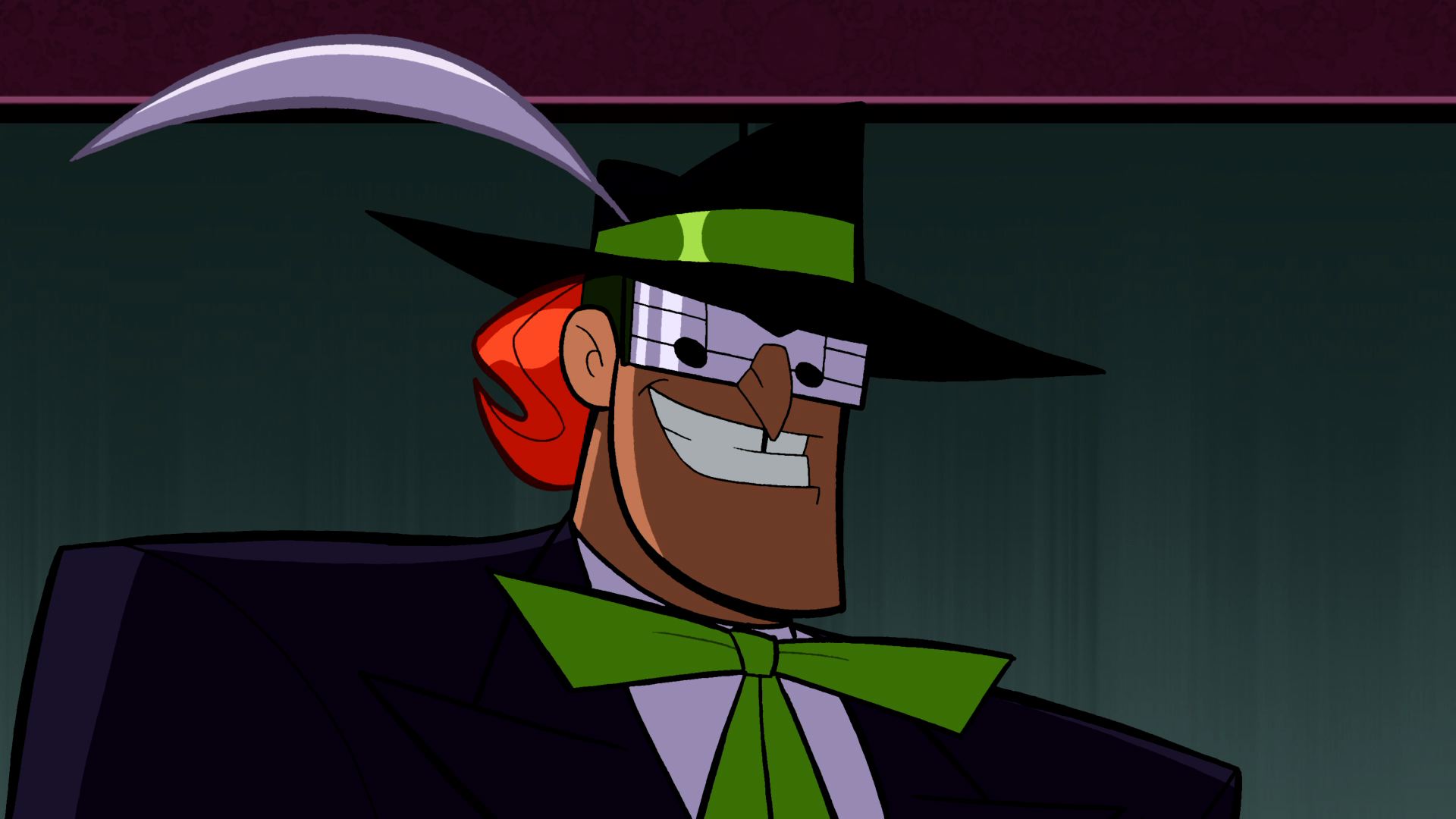 So another Batman: The Brave and the Bold episode has aired. Wait. Did it? No, you are not looking at your screen and thinking you missed it. Actually, if you live in the UK, a frequent internet user, or went to San Diego Comic Con, you probably have already saw the episode. But nonetheless, the episode officially airs tonight at 7:30 PM EST. Warner Bros. sent us over a clean version of the episode to review ahead of time so that we could get you hyped about it. We mentioned during the podcast after SDCC that the episode was way better than expected. So let's hear from Tiggebrown and Josh and see what they thought of the episode. First up is Tiggerbrown's review:

Holy Pirouettes Bat-fans; Batman is starring in a musical! When BTBTB first started, there was a lot of trepidation that a return to the campy, psychedelic tone of the 60’s would undo the respect the character has attained since BTAS. However, after the first several episodes, even the darkest of fans found moments they enjoyed. True, the show doesn’t take itself too seriously, but there is no doubt that the integrity of the character is upheld and most importantly respected. While at first we hardcore fans thought the creators of the series were thumbing their noses at us, we realized that the keepers of the cowl just wanted us to lighten up a little, laugh at ourselves, and maybe have some fun.

So with show having achieved a level of acceptance among the Batman fan-base, we are asked to take this acceptance to a new level: Batman the musical. The idea of a dramatic show attempting a musical episode may seem outrageous, but it’s been attempted before; Buffy the Vampire Slayer being the most notable to genre fans. But how could Batman, the darkest of superheroes possibly translate to a Broadway style interpretation? Well you know what; it works.

The premise of the episode is that a villain called the Music Meister can use his singing voice to control the minds of anyone who is in ear shot. He of course wants to take over the world, and of course is stopped by the Dark Knight. Nothing extraordinary to be sure, but what makes this episode special is the phenomenal production value and the formatting of the episode as a three act musical play. Each act has one or two featured songs and production numbers that drive the narrative. There is even a curtain that opens and closes at the beginning and end of each act.

The first act has Gorilla Grodd, Black Manta, and Clock King about to be stopped from sabotaging a satellite by Aquaman, Green Arrow and Black Canary. Music Meister takes control of all of them, and forces them to battle Batman. The “West Side Story” fight choreography was hilarious. The main song, sung by actor Neil Patrick Harris as the Music Meister is classic Broadway, and although I’ve never been a fan of the genre, I found myself humming the tune long after the show was over. The choice of Harris as the Meister is inspired casting, especially for genre fans who watched the former Doogie Howser in Dr. Horrible.

My favorite song of the episode is from Act 2, “Drives us Bats”. Music Meister vents amongst all the villains of Arkham how Batman always thwarts their evil plans. “No super powers, just a flying rat. Good thing there’s Arkham, he drives us bats.” Michael Jelenic, who along with producer James Tucker wrote the lyrics and Lolita Ritmanis, Kristopher Carter, and Michael McCuistion composed the music, give us a quality that is first rate. Honest, if this was a traditional animated musical you might be looking at a music Emmy here.

The story is simple as I mentioned before, but the sub-plot love triangle between Music Meister, Black Canary and Batman added some intensity to the drama. Black Canary’s love song to Batman and her darker toned “Death Trap” while captured in act 3 are very well performed. Voice actress Grey Delisle has an incredible voice. And not to spoil the ending, but although the love struck Canary is spurned by the Caped Crusader, she does find romance with a certain green masked archer.

So the question I know you are asking yourself is, does Batman sing and dance? Very appropriately he is played very straight amongst the frolicking. Only to save the situation at the end of the final act does he briefly use his vocal chords, enhanced with a “Bat auto tuning amplifier”. He goats a hypnotized Black Canary to use her Canary cry to ruin the Meister’s nefarious plan. And for trivia sake it isn’t Deidrich Bader singing in that scene; it is actor Jeff Bennett (Creeper in BTAS, and Ragdoll in The Batman).

I admit I am one of those fans who prefer Batman dark. But I watched this with an open mind and really enjoyed it. The effort put into this episode was extraordinary and I respect the desire of the creators to try something new. Now I definitely think once was enough, but I am surprisingly giving Mayhem of the Music Meister………

Moving on to Josh's review:

Every now and then, there is an episode of a television series that will inevitably come up whenever the show is discussed at length. “Mayhem of the Music Meister” will become that episode for “Batman: The Brave and the Bold”. The show pulled all the stops here and the ending result was a masterpiece worthy exceeding everyone’s skeptical expectations.

The premise is simple and fun. Neil Patrick Harris, who shines in every role he plays, voices the Music Meister who controls the free will of others by singing. His origin is simple and explained in a verse of his opening song “I’m the Music Meister”, which will be in your head for the rest of the week. It’s up to Batman, along with Green Arrow, Aquaman, and Black Canary, to stop him.

Highlights include the “Death Trap” musical sequence which has callbacks to the 1960’s “Batman” series. Fans of that series will also notice a reference to “shark repellent spray”. We get some Broadway musical cliché’s, such as the Black Canary love ballad “If Only”, which turns out really good despite the danger of being cheesy. There is nothing more visually amusing than a superheroine in fishnets singing a love ballad while knocking villains off a rooftop.

Batman fans young and old will enjoy this. As an experiment I decided to watch this with two children and gage their reaction. They were singing the songs for the rest of the night and reenacting the scenes. Batman and musicals don’t sound like something that would go together, but this episode should win over the non-believers. Overall, I give it….

So overall, they both agree and I have to say that I agree along with them. This show has been a pleasant surprise from the very beginning. Even though when the musical episode was first announce, I cringed, this was very enjoyable. I think that this will in fact be the series that my children will watch when I am introducing them to Batman.