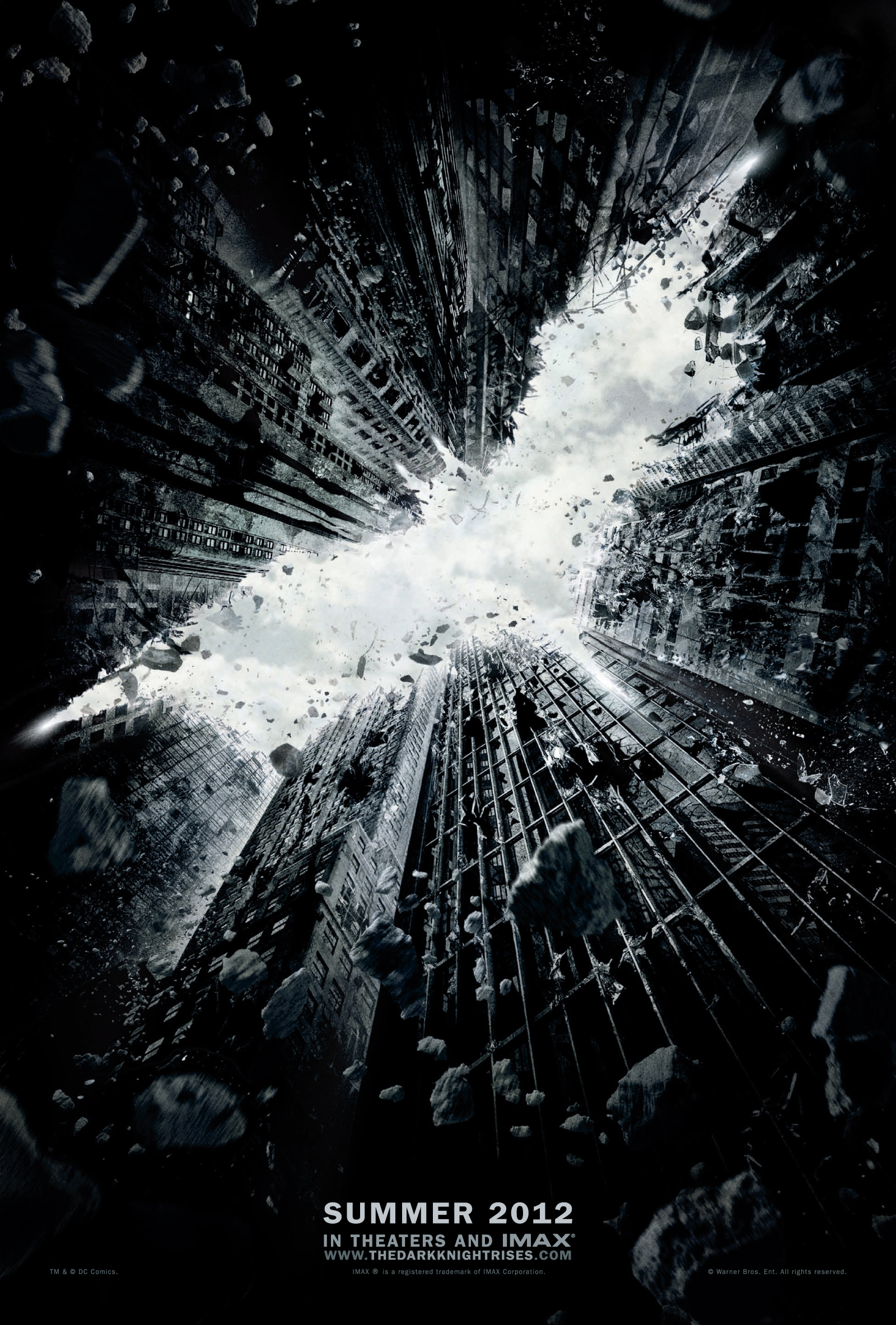 How can I begin to describe the final installment of the Dark Knight trilogy? Well, let’s just get started.

With our returning cast members Christian Bale as Bruce Wayne/Batman; Morgan Freeman as Lucius Fox; Gary Oldman as Jim Gordon; and Michael Caine as Alfred Pennyworth, we are immediately reminded why we venture into the darkness of Christopher Nolan’s Gotham. We have several new faces joining the cast as well. Tom Hardy as Bane; Joseph Gordon Levitt as Officer/Detective John Blake; Marion Cotillard as Miranda Tate; and Anne Hathaway as Selina Kyle. Be warned folks, nothing but SPOILERS from here on out! You’ve been notified!

Christian Bale’s final donning of the cape and cowl has really come full circle. This is an older and wiser Bruce Wayne. Gone is the idealistic 30 year old Bruce from Batman Begins. In fact, he was reminiscent of Frank Miller’s Batman from The Dark Knight Returns, and physically in comparable shape to Bruce as he was as an old man in Mark Waid’s Kingdom Come. He puts on a unique knee brace that appears to be mechanized. It serves to replace his knee, as we discover from a doctor’s visit that he has no cartilage in his knees among other damage his body as taken during his career as the Dark Knight. In fact, he kicks through a brick wall upon his first test of the device, so it enhances his strength as well. What sets this performance apart is that his body has caught up with him. All the damage he’s incurred as Batman has taken its toll and he must fully utilize his will and his mind to keep him doing what he’s doing. His stint in Bane’s prison continues this trend of the mind being stronger than the body theme.

As a side note, those of you who were looking for more little extras in the film, the prison which resides in a pit in the ground could be considered to be the Lazarus Pit. A fitting addition to how much Ra’s al Ghul material is covered throughout the film. For those of you who haven’t seen it, watch Batman Begins again. They cover a lot of it. Anyway, in the pit he realizes that he must have the fear of death in him, to motivate him, especially if he wants to escape it. It makes the title of the film, of Batman rising, truly resonate.

Anne Hathaway’s casting as Selina Kyle was superb. She blows Katie Holmes and Maggie Gyllenhaal out of the water, playing a stronger female lead alongside Bale’s Batman than Rachel Dawes ever had (not to take anything away from either actress’s performance, of course).  Her “Catwoman” is just a highly skilled cat burglar with a touch of slinkiness, and for lack of a more feminine word, ballsy. Hathaway’s Selina is headstrong, and always working an angle to protect herself. Given that she’s dealing with Daggett and Bane, it’s understandable. She doesn’t purr, though Michelle Pfeiffer did make it work for her interpretation. Additionally, Nolan did an excellent job on her costume by his own unique way of giving her cat ears. She wears a pair of goggles that rest on a domino mask. They’re attached by some kind of metal frame that allows her to detach her goggles and set them back on her head. An exceptional performance and kudos to Ms. Hathaway for getting in shape enough to do the majority of her own stunts, though she did have a double for some of her Bat-pod scenes.

Marion Cotillard plays Miranda Tate, an independent investor in a now dead energy project. Bruce buried the project due to the possibility of the energy device being used to make a bomb. She is referred to by both Lucius and Alfred to Bruce as, “Quite lovely.” Just keep your eyes on her kids. Her performance was charismatic, and surprising. Sorry boys and girls. This is one spoiler I simply won’t say out loud. It’s a good one, though. I promise.

Tom Hardy is chilling as Bane. From the first moment you hear his voice, it sounds like it’s being recirculated through an old hi-fi stereo. However, his inflection and tone is clear. You only see Hardy’s face without the mask for roughly ten seconds or less, and only once, in the film. Yet he commands the scene each time he appears. From the opening plane hijacking, to brawling with Christian’s caped crusader, to robbing the stock exchange. Everything Hardy does is incredible, especially the size of him. He’s absolutely huge, but within reason. Nolan made a good choice not using anything origin plot having to do with the toxin known as Venom. It was not necessary for this interpretation of the Batman universe. His back story is handled well, and he is now a member of the League of Shadows. It’s a nice touch and immediately gives us the audience motivation to believe why Bane would set his sights on Gotham at all.

In my opinion, it is Joseph Gordon Levitt’s role as Officer John Blake that blew me away. In order to discuss his performance, I must again warn you dear readers. SPOILER! Ok, his full name is revealed to be Robin John Blake. Yep. Robin. Enough said. Anyway, he has aspects of Dick Grayson, Jason Todd, and Tim Drake mixed into his origins. Dick Grayson was both an orphan and later joined the Bludhaven police department. Jason Todd was both a hothead and lived in a boys’ home at one time. Tim Drake, also an orphan later in continuity, deduced on his own that Bruce was Batman and used that knowledge later to help him when he required a partner again. Levitt delivers as an idealistic hothead who becomes Gordon’s protege when no one else can figure out what Bane’s up to. In fact, he does more detective work than Bruce or Jim Gordon in the film. What struck me as appropriate for his character is a scene where he’s forced to draw his gun and accidentally kills one of the two suspects while questioning him. He throws his gun away in disgust, such an appropriate move the protege of the Batman. He later throws his badge away in disgust with the system he works for, a system he hoped he could trust but finds it merely holds him back from doing what needs to be done. Which is probably why Bruce leaves a bag with climbing gear and the coordinates to the Batcave for him. This final scene with Levitt discovering the Batcave and the platform literally making him rise brings the title of film full circle. Not only does Bruce rise, Robin rises in his place.

Overall, this is a rare gem. I say this because it is not often that you get a great end to a trilogy. Nolan, as I’ve read recently, felt the same way. He didn’t want to disappoint himself or the fans. For the record, Mr. Nolan chose not to include any mention of the Joker simply out of respect for the late Heath Ledger. Though including Cillian Murphy’s Dr. Crane for one final appearance in the trilogy was terribly appropriate instead. This was truly a great end to a great trilogy, and there’s still room to grow. We’ll see what happens but for now, Mr. Nolan has confirmed that this is his last romp through the streets of Gotham.