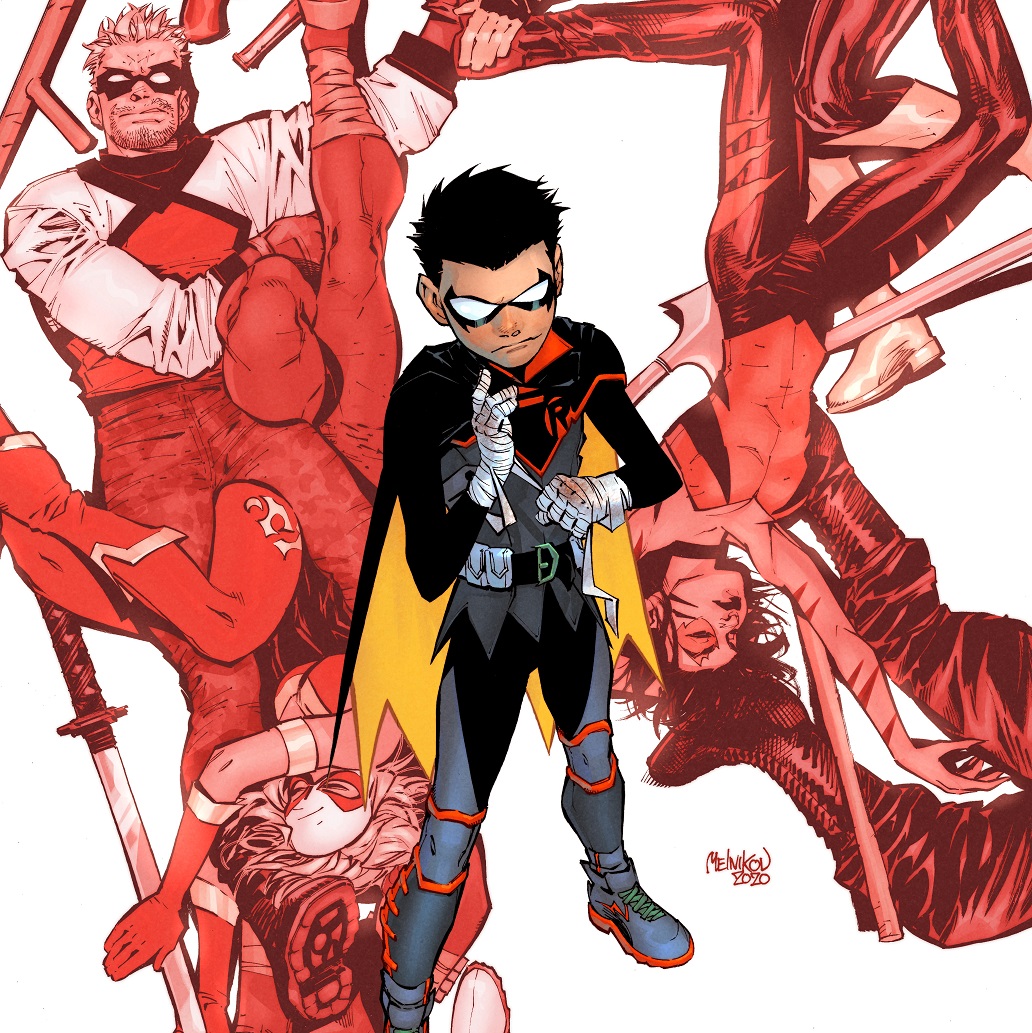 DC Comics has announced that Damian Wayne will be staring in his own solo series coming this April. The series, titled Robin, is coming this April. The series will be written by Joshua Williamson with art by Gleb Melnikov. Since Damian is no longer with the Teen Titans and is not wanting to play second fiddle to Batman, he is out on his own adventures.

Robin will feature new mysteries for Damian to explore, a new supporting cast, brand new characters, and fights, lots of fights! After learning of the deadly League of Lazarus tournament, Damian Wayne has a new mission: to win the tournament and prove he is the greatest fighter in the DC Universe! But first, he must find the secret island where the tournament is being held!

Williamson shared that the series will show growth for Damian and deal with his connections to Batman and Talia, while telling “an important story in the DC Universe.” The story will also kick off in the March issues of Batman and Detective Comics with a backup story called “Demon or Detective” in the issues that will act as a prequel.

There will also be a number of covers released including a standard cover and wraparound variants by Melnikov, a team-themed card stock variant cover by Andy Kubert and a 1:25 variant by Riccardo Federici. Robin #1 hits stores on April 27, 2021.