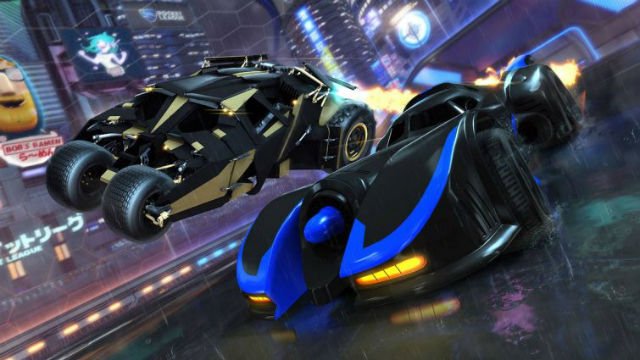 Rocket League fans rejoice! A new DLC bundle is about to hit the popular vehicle-based soccer game and it’s going to make Batman fans very happy. Included in the pack are two versions of the Batmobile to choose from, the first being the tumbler from The Dark Knight Rises while the other is based on the car from 1989’s Batman, bring the total of Batmobiles available in the game to three as the Batman v Superman version was previously released. Check out the reveal trailer below:

In addition to the two new vehicles, The Playstation Blog has a list of the additional goodies featured in the bundle including:

The DLC bundle will be available on PS4, Xbox One, PC, and Switch on March 5 for $3.99. A small price to play to crush your opponents as Batman.